During Photo Plus Expo in New York I had the opportunity to sit down with Leica S2 product managers Stephan Schulz and Toni Felsner at the Leica S-Studio to chat about the S System. I had a few product questions, but mostly wanted to hear about future updates and discuss some firmware ideas. Leica has been great about responding to customer comments and suggestions on how to improve the S2 shooting experience. With each subsequent firmware update, users have seen considerable UI improvements and feature additions, making the S2 an even more flexible and powerful photographic tool. The last firmware update (1.0.0.18) brought us one-press auto-exposure bracketing, an additional user assignable custom function button, EV compensation without confirmation click and focus confirmation for non-S lenses. Prior to that, firmware v1.0.1.16 added way too many features to even list. Almost all of these changes direct requests from users.

First, I thought we’d get the product development and availability questions out of the way.

Many are curious how the lens lineup is shaping up and what plans Leica has for future lenses. Obviously, the 30mm f/2.8 Emarit-S ASPH has been officially announced and I had a chance to shoot with it, so this one is not exactly a mystery. The lens should start shipping by the end of this year. Next up are the 24mm f/3.5 super-wide and 30-90mm f/3.5-5.6 zoom, both of which will be introduced sometime next year. Neither the 24mm nor the 30-90mm will come in CS versions, making the 30mm the widest lens available in CS.

So, will Leica release a 50mm lens – something equivalent to the 35mm standard moderate wide angle on the S2? The answer was a very direct, “No, definitely not!” Not exactly the typical measured response I’ve gotten accustomed to from Stephan. Then, with a smile he continued, “That is true : no 50mm…. but maybe a 45mm.” Still grinning, “This would be much closer to a 35mm equivalent.” Basically, Leica knows that there is a huge demand for this focal length. They’ve gotten a lot of inquiries and “are studying the possibility of adding such a lens.”

On to other recently tried, but not quite available items, what about the S2 Microprism focusing screen? I used one for several weeks courtesy of Leica and really enjoyed it. I was even able to bring the screen on our Leica S2 Fall Foliage trip for everyone to try back in the first week of October. When will it be available? Stephan explained that the first units will ship by November, with full availability after the beginning of next year (2012). True to his estimate, a lucky few S2 owners have received some microprism screens. Luckily for those that haven’t gotten theirs yet, January is almost here.

To see the microprism screen in action, click here. 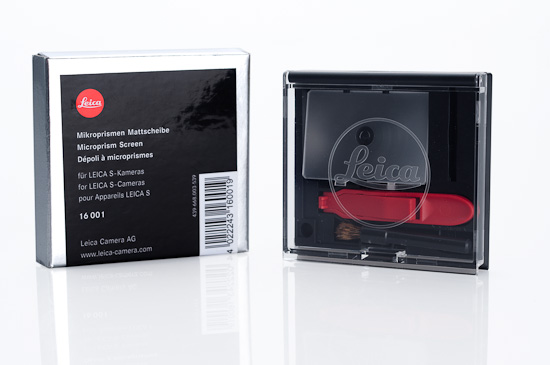 With the product availability questions out of the way, we moved onto discussing possible changes in S2 firmware. Many of these questions and suggestions came from users here at Red Dot Forum. We compiled all the requests and questions before our discussion from this thread and combined them with our own in-house running list. Stephan and Toni were very patient and tried to address each and every suggestion we brought up. 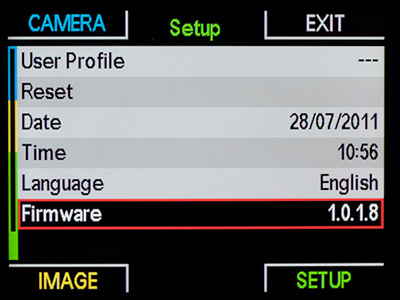 Will Leica consider changing the ISO steps to 1/2 or 1/3 stop increments?

Unfortunately, the answer is probably not. Doing so would make manufacture and calibration much too complicated. Stephan explained, “We have no plans to do this because we want to offer the highest possible image quality and we invest a great deal of time with the production of each individual camera to calibrate each ISO stop. So, the less positions we have of ISO, the more reliable and the more properly calibrated the camera will be. More accurate, less noise, more uniformity.” 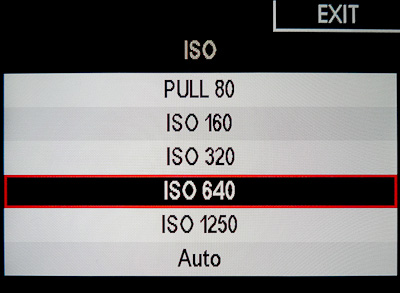 Both Stephan and Toni also voiced concerns about mixing 1/2 steps and 1/3 steps indicating that this would make for some strange math and give non-standard exposure values which would give a less-than-customer-friendly approach. Remember that the physical shutter speed dial is in 1/2 steps, as is aperture control and EV compensation. Here, I agree that upon closer examination, 1/3 stop ISO increments would create more problems than it solves.

Can there be a function to confirm auto-bracketing settings without clicking through entire menu?

The auto-bracketing feature added in the last firmware update was very cool and well loved by most on our recent S2 landscape workshop. Unfortunately, to enable the function you have to depress the thumb wheel to confirm each choice in the sub menu before moving on to the next setting. This was a bit of a nuisance in the field where we really just wanted to use the same settings and enable/disable the function easily. After explaining our experience, I received a pretty positive answer, “This would certainly be nice for a future firmware update. We will look at and if we can find a better solution, we will integrate it.” 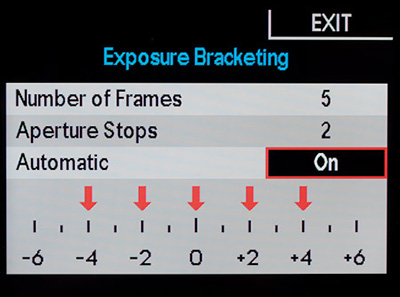 Can a feature be added to allow for auto-bracketing of focus?

This was another suggestion from our trip attendees looking to use Helicon Focus software to merge various focus “slices” together in order to achieve infinite DOF. One can obviously turn the focus ring and take a series of shots, but to be able to have the camera automatically determine how many slices are required based on the distance and aperture used, then take the series automatically… that would be pretty darn cool.

Stephan was actually pretty interested in hearing our thoughts on how this might work. After a little contemplation and a brief sidebar with Toni, the official Leica response was, “This is indeed an interesting feature and the S2 is certainly capable of this functionality. We need to study the possibility and gain a better understanding of how this might work.”

Talking about autofocus, what about a function to allow S2 users to fine-tune AF?

According to Leica, there should be no calibration issues from the factory. Each lens has its focus scale precisely measured, as well as the actual aperture values. The lens communicates exact distance and aperture information in order to calculate focus offset due to aperture related focus shift. In other words, focus calibration of S lenses is more complicated than a simple + or – like Nikon and Canon have. Attempting to use linear adjustments on a non-linear system would be an imperfect solution. For those having focus calibration issues, it is recommended to send the camera and lens(es) to Leica service for adjustment.

Is it possible to have parallel DNG recording so that the DNG file is written to both the CF and SD card simultaneously?

Unfortunately, this would not be possible because the camera only has one output channel for DNG. This is also the same reason why you can’t record DNG files to the CF card while shooting tethered to a computer. This is too bad, as it is had been on my personal wish list since the my first test of the S2. Currently, selecting Parallel data storage records the DNG to the CF card and JPG to the SD card. 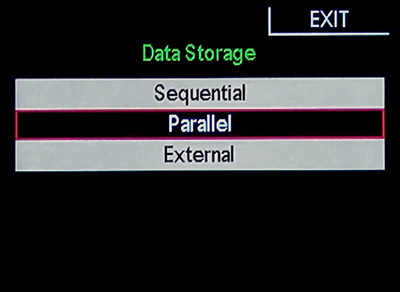 Can the Key Lock function be directed to immediately activate key lock without a menu confirmation?

Stephan explained, “This is possible, but not the highest priority.” Most users are okay with the Key Lock functionality as is, so Leica will direct their programming efforts elsewhere first.

Could an instant zoom to 100% feature be added?

We suggested that perhaps a long press of the scroll wheel during playback immediately zooms to 100%. They liked the idea and thought that it could certainly be useful. In fact, Stephan and Toni have gotten similar requests , so they are aware that S2 owners do want this feature. This would be great as many users, myself included, regularly zoom to 100% to check focus while shooting.

Could the overlay histogram on initial playback be shown on images in regular playback mode?

Again, they know that users would like this feature and do want to offer it. Currently, it is not possible from a programming perspective, but they will look into it.

Along similar lines, could the clipping warnings shown during initial playback be shown on images in regular playback mode?

They agreed this would be a very nice feature.

Could there be a quick delete option upon initial image review instead of going into full playback mode?

While it does afford the user a safety net to prevent accidental deletion, I’ve always wanted a way to delete an image as soon as it comes up on the instant review. Stephan and Toni agreed that this is, “something that could be improved.”

Any chance of adding ISO setting in the viewfinder?

A couple firmware updates ago, Leica was able to add exposure compensation info into the viewfinder LED. Many users have requested ISO as well. Is this possible? They explained that while it would be very difficult to so, it is something that could be improved in the future. 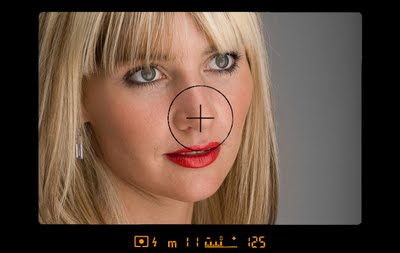 Some photographers who have multiple camera systems have requested that the direction of the wheel for aperture control be configurable so that all of their cameras use the same direction. Is this possible? “While not currently planned, it is a good idea. We will take it under consideration.”

When adjusting some menu features the UI brings you all the way to the main menu after the setting is confirmed. Can it bring you back to the previous menu instead?

This is also something that Leica has noticed, but again falls under the low priority category. After more important, functional improvements are made, this could be addressed.

When a user changes settings on the S2 and takes the battery out, sometimes the settings are lost. Any fix?

This is actually something that we figured out a work-around for a long time ago, but didn’t know if Leica knew there was a problem with. We discovered that if you turn the camera off after adjusting settings, the red card access light flashes for a few seconds before powering down. When starting back up, all the settings were retained. We later found out from discussion with Leica that on power-down, the camera saves settings to memory. The only problem is that if the battery is removed before the camera is turned off, or if it goes to sleep, the settings are lost. Current best practice is to do a quick off-and-on after making settings adjustments.

Toni explained that this is something they are aware of and are working to fix. Instead of saving on power-down only, the camera should save when a setting is changed.

How about the camera “forgetting” drive mode and bracketing selection on sleep or power off?

This is not a bug, but rather for “security purposes” so the user doesn’t activate it accidentally. I tried to make that point that most users shoot with the same settings until they change them, and would prefer this behavior to be changed. I’m not so sure it will be.

Overall, I get the feeling that the S System team has really hit their stride and are really enabling the S2 to live up to its full potential. I’m looking forward to the next update and maybe seeing some of our suggestions put into practice.

If we’ve missed anything please feel free to contribute to the suggestions for future firmware features discussion thread and we will bring them up with Leica.

These don’t stay on the shelf long. The elusive

Battery Boxes for the Leica Q2, SL, and SL2 are no

“My name is Przemyslaw Mioduszewski. I was born

At the end of every year, it's fun to look back an

Who else has been shooting film during quarantine?

Happy Holidays from our little Leica family to you

In this special installment of Red Dot Forum Camer

On sale now through the end of the year, enjoy sav