The new Leica D-Lux 6, replacement to the popular D-Lux 5, has started to ship in the United States, and I have been playing with it for a few days (the above image of the water tower was taken with the D-Lux 6, 24mm, 1/250th at f/4, ISO80). As a D-Lux 5 owner myself, I was especially curious how the camera differed from what I knew well. Leica’s D-Lux line has always been marketed as the “enthusiast’s compact camera;” the models feature RAW file capture, full manual control, and slightly larger sensors for optimal low-light shooting.

Some of the key new features of the D-Lux 6: 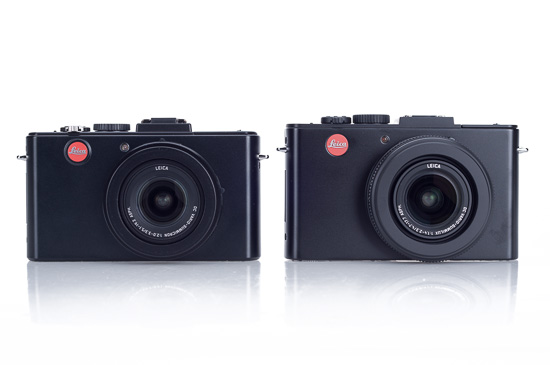 In hand, the improved build quality of the D-Lux 6 is immediately evident. The camera feels sturdier; all of the switches and dials are stiffer. The top mode dial, which I would frequently change accidentally on the D-Lux 5, is much tighter. The shutter button has also been redesigned to be easier to use and has a more positive “half-press” position. The various markings on the top of the camera have been redesigned to give the top plate a cleaner design that is easier to read. Also on the top plate you can see the new stereo microphone for better sound recording while shooting video (which is now full 1080p). 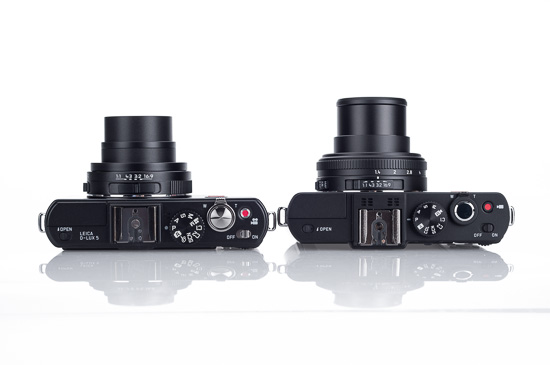 From the top, the differences are more apparent. The D-Lux 6's stereo microphone is visible in front of the hot shoe. The lens on the D-Lux 6 extends slightly further.

Looking at the back of the camera, the most obvious new feature is the gorgeous, high resolution LCD screen which is double the resolution of the D-Lux 5. This makes shooting, focusing, and reviewing images an absolute pleasure. Along the top edge you can see the new “ND/Focus” switch, which activates the camera’s built in 3 stop neutral density filter (to allow you to use the lens wide open at f/1.4 in bright light) and also controls the manual focusing. The rear buttons have been redesigned to be easier to press, even for those with large hands. 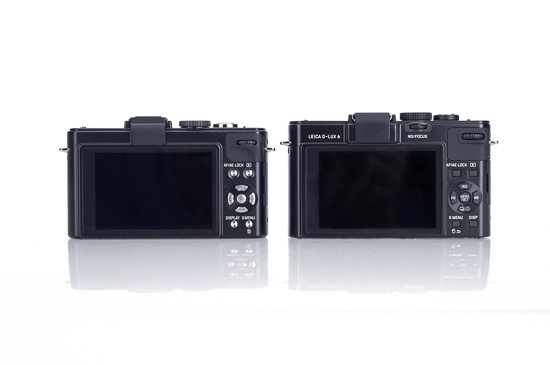 The rear of both cameras. The D-Lux 6 adds the ND/Focus switch and has slightly redesigned buttons.

Turn the camera over and from the front, they appear almost identical, other than the D-Lux 6 being slightly taller. Surrounding the lens of the D-Lux 6 is the new aperture ring. Familiar to anyone coming from a larger SLR or rangefinder camera, the aperture ring allows for quick and definitive aperture settings in either aperture priority or full manual mode. Take my advice and leave it at f/1.4, you won’t regret it! It is also important to mention that the aperture ring will not alter the camera's aperture settings in Program Mode, Shutter Priority Mode, or Auto Mode. It requires the camera to be in either Manual or Aperture Priority mode. 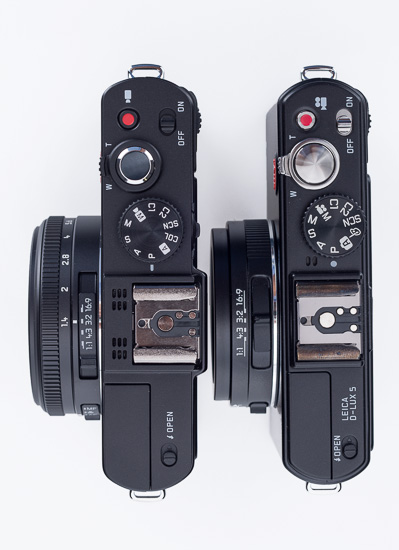 Seen from the top, the markings on top of the D-Lux 6 have been simplified and the areas surrounding the shutter button and power switch have been “blacked out” for a cleaner look.

In use, the D-Lux 6 is faster all around. Power the D-Lux 5 and the D-Lux 6 on at the same time, and the D-Lux 6 is ready to shoot when the 5 is still powering up. Auto focus is also faster, and I found it to be more reliable, even when using the camera at f/1.4. Shot-to-shot times are dramatically improved with the D-Lux 6. I had no sluggish performance or lag times when shooting RAW+JPEG unlike the D-Lux 5, where the camera slows down after two images. If you set the camera to self-timer mode, the D-Lux 6 retains this setting until you turn the camera off, a welcome change, as the D-Lux 5 would reset back to standard shooting after every shot!

The graphical menu interface has also been updated, with a new exposure scale for easier manual settings, and a spirit level that confirms when your shot is perfectly level. The menus are sharper and easier to read, thanks partially to the newer high resolution screen, and a redesign of the type-face. Many settings are more logically named. The quick-menu follows this philosophy as well, and accessing key settings is easier than ever. Even though I am quite familiar with the D-Lux 5’s menu system, I found the D-Lux 6 much more intuitive and the various options easier to understand thanks to some renaming and streamlining.

About the only downside from all these improvements is a slight reduction in the D-Lux 6's battery life when compared to the D-Lux 5. A full day of use, without turning the camera off at all, yielded about 300 shots before the battery was completely dead. One battery-saving tip: turn the “Quick AF” setting to “off”. Quick AF uses' the cameras movement-detection system (normally used to stabilize the camera and reduce shake for longer exposures) to sense when the camera is steady, which is usually as you are composing your image, and will focus the lens on the subject before you actually press the shutter. While this makes for somewhat faster focusing, it will dramatically reduce battery life. I found that if I walked around with the camera turned on, it would occasionally activate Quick AF when the camera was resting around my neck. Turning off Quick AF would certainly have extended the battery to 350 shots and beyond. I would recommend getting a second battery if you plan on traveling with the camera, just to be safe. 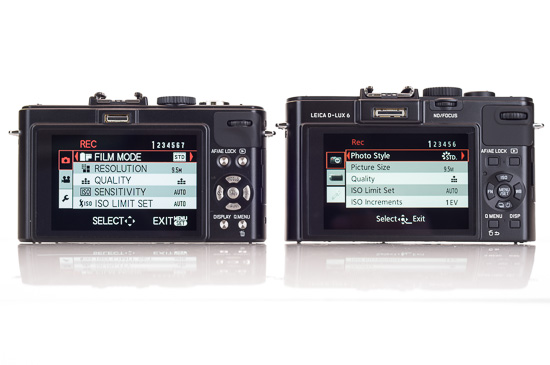 The menu of the D-Lux 6 has been redesigned to be easier to read and use. 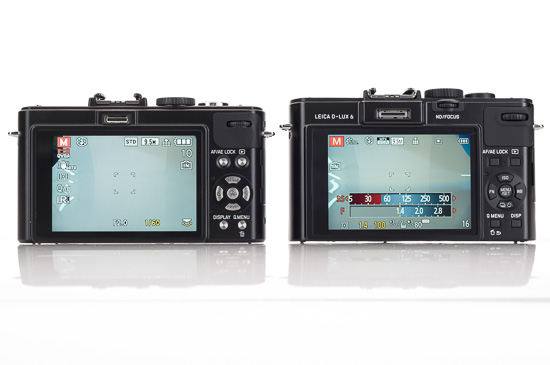 The new exposure scale for manual shooting on the D-Lux 6 makes setting up aperture and shutter speed much easier and quicker. 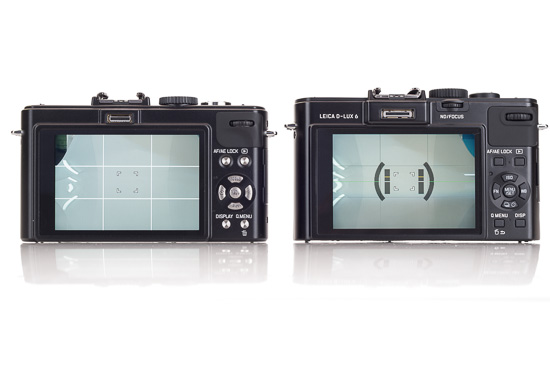 The spirit level function of the D-Lux 6 makes perfect composition easier than the simple grid function on the D-Lux 5.

Of course the real highlight of the D-Lux 6 is its low-light performance. The lens’ maximum aperture has been improved through the range, from f/2.0-3.3 on the D-Lux 5 to f/1.4-2.3 on the D-Lux 6. The change from a CCD to CMOS sensor also gives the camera better high ISO performance. 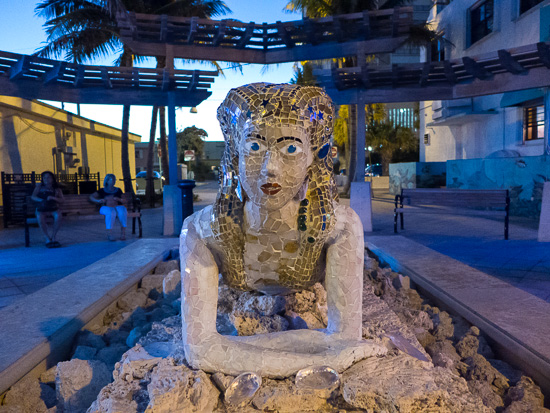 All in all, I know that personally I will be acquiring a D-Lux 6 to use as my daily compact camera. The D-Lux 5 was no slouch, but the improvements Leica has introduced make the upgrade an easy decision. Faster auto focus and operation, a gorgeous LCD screen, improved low light performance, better build quality, and full 1080p HD video are all I could have asked for and more. Sign me up! 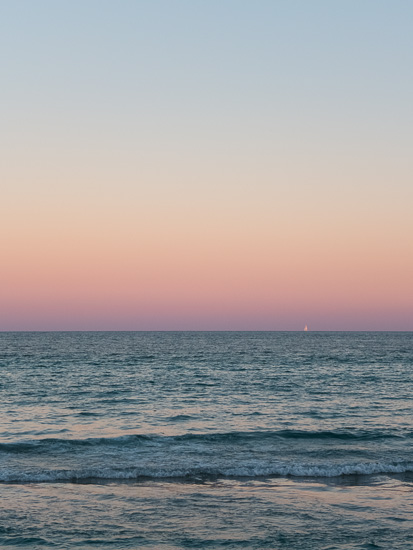