Hi all … haven't posted much recently because the S2 and I have been pretty busy … and we still are.

So, just a few images to post that may be of interest to fellow S2 shooters. More to come when time allows.

This wedding image was a real bear to pull off … by the time we got to the location and finished the usual formal stuff with the S2, is was pitch dark out. So I took advantage of the available darkness by having my assistant take the strobe out in front of them and using the SF58 in the hot shoe for a touch of fill. Shot with the 35 wide open at ISO 640, the only issue was the camera absolutely refused to auto focus … the battery powered Quadra strobe has a weak modeling light and was of no help at all trying to manually focus. I solved it by auto focusing on the overhead light and recomposing a bit.)

While I did end up with some noise issues when I opened up the shadows in post, the file was so big and pliable it really wasn't much of an issue at all. This will be printed centered on 17″ X 22″ paper. 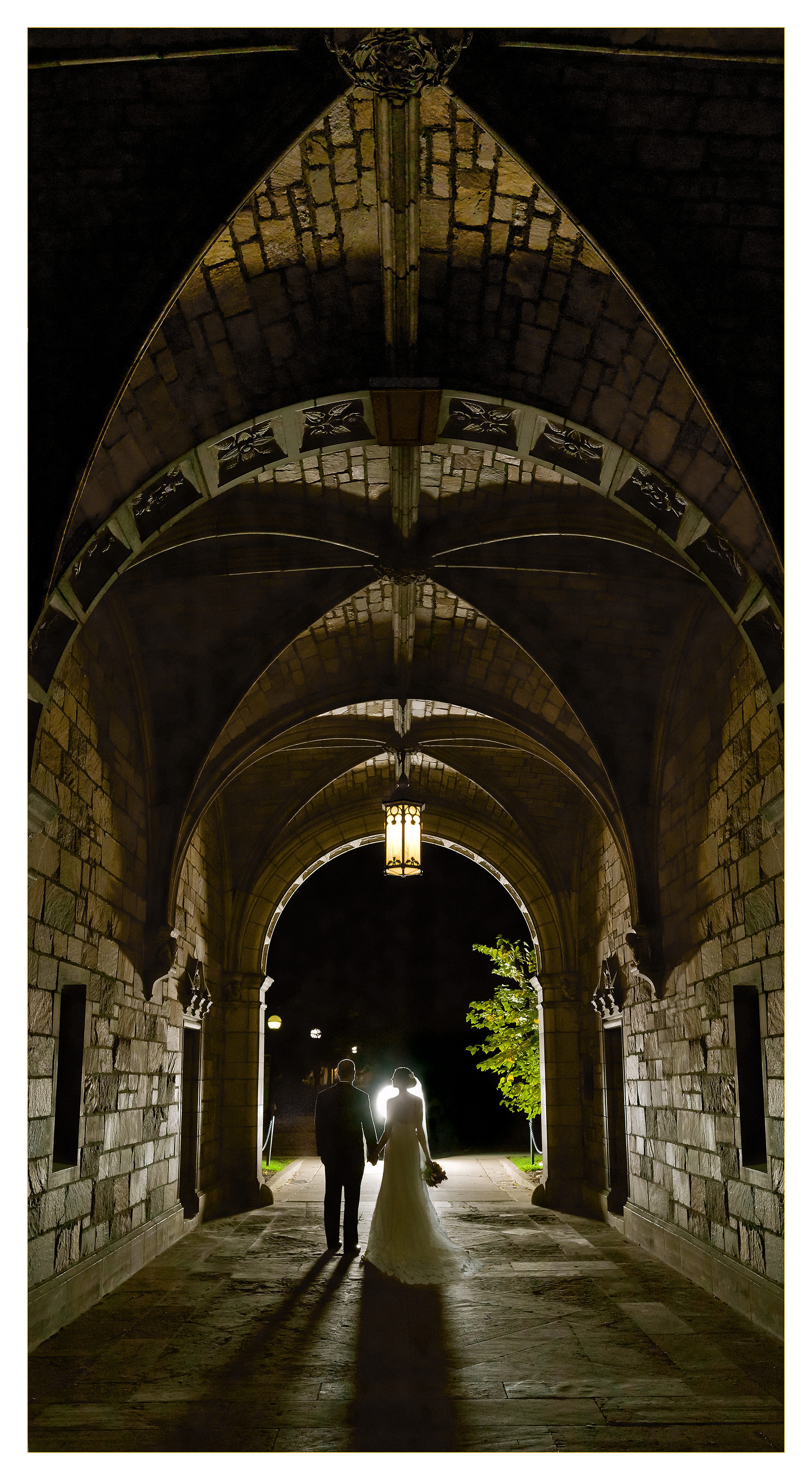 I also recently did a studio session with a champion body builder creating images that'll be use for various applications. The session was shared between my tripod mounted H4D/60 shot tethered to the computer using the HCD/35-90 and HC/150N lenses, and the S2P using the 35 and 70 lenses shooting more freely hand-held untethered to a CF card. Frankly, except for the file ratios, it was not easy to distinguish the files … a testimony to the S2, which punches past it's meg count IMO. Very basic lighting techniques were used … most were done with a highly polished silver Mola 33.5″ Beamm without a diffuser … the shot
with the Symmetry type was the S2 using a a 6′ Profoto strip light with a 4″ strip cover. The other “Back” shot was done with the H4D/60 just for comparison (but the color version is a composite of a B&W overlay layer pulled back to 25% opacity, which accounts for the slightly more muted color. The same color & B&W composite technique was used on the S2 color “Bicep” shot, except I set the B&W layer slightly more aggressive than on the the Hassey shot. 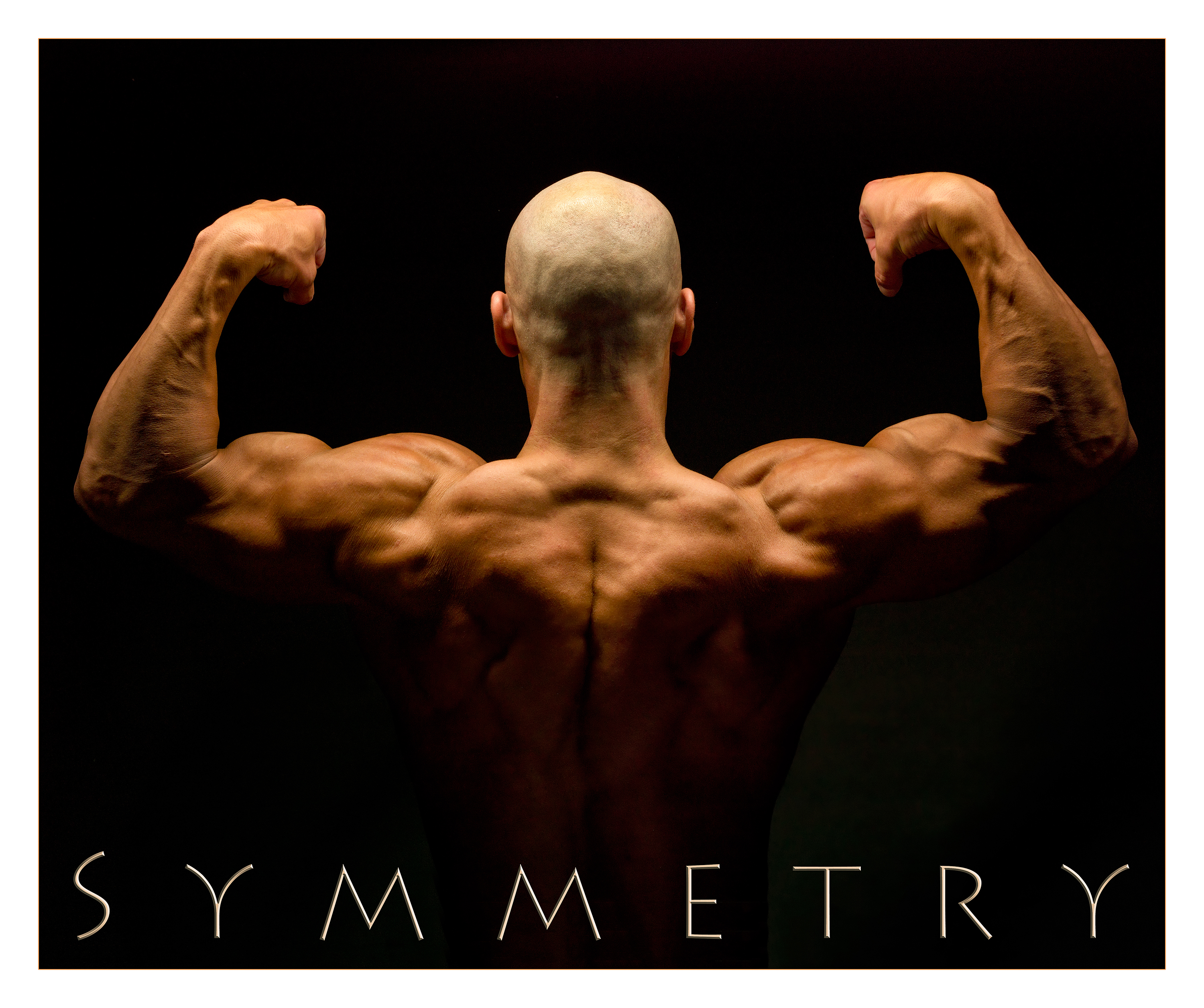 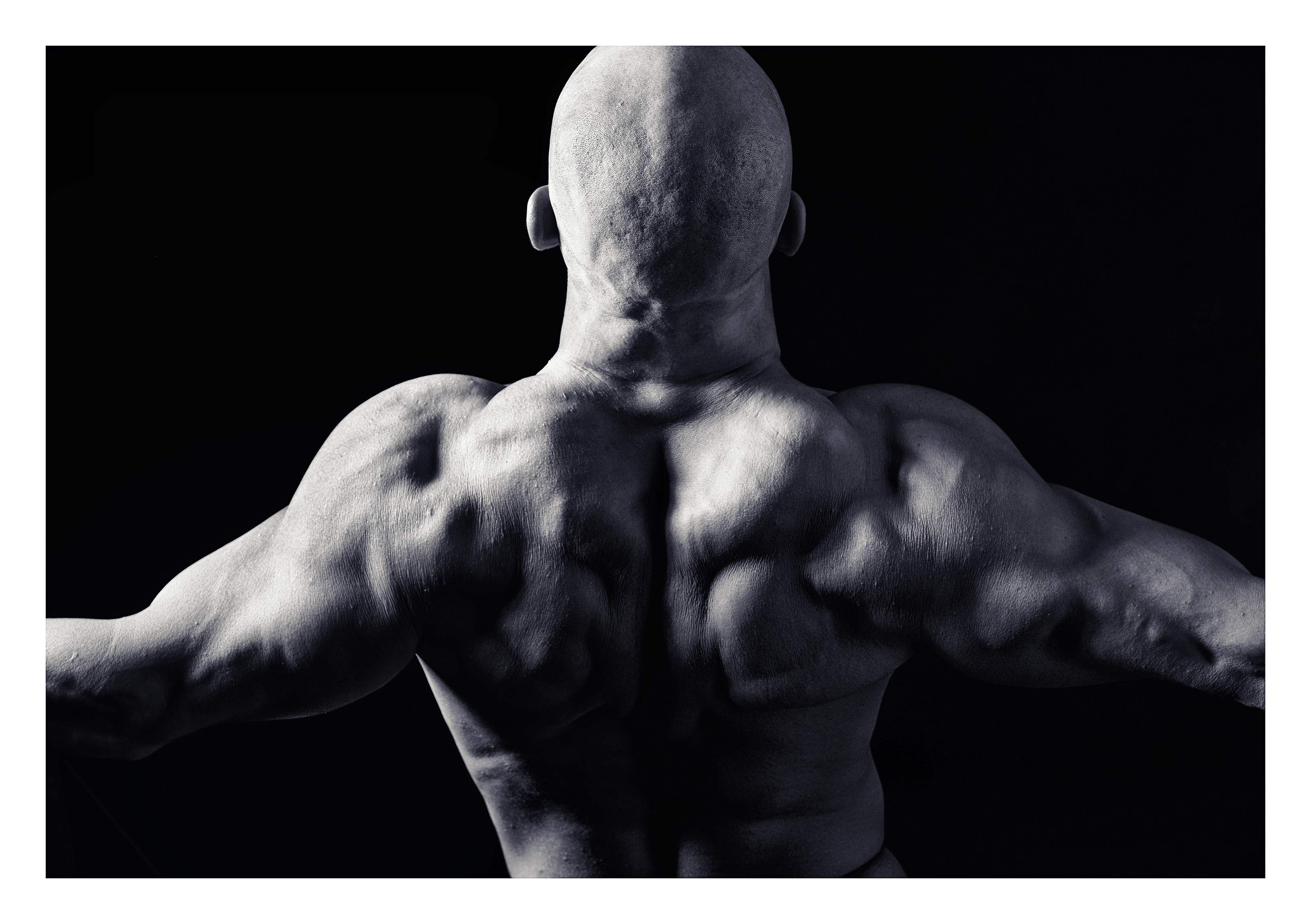 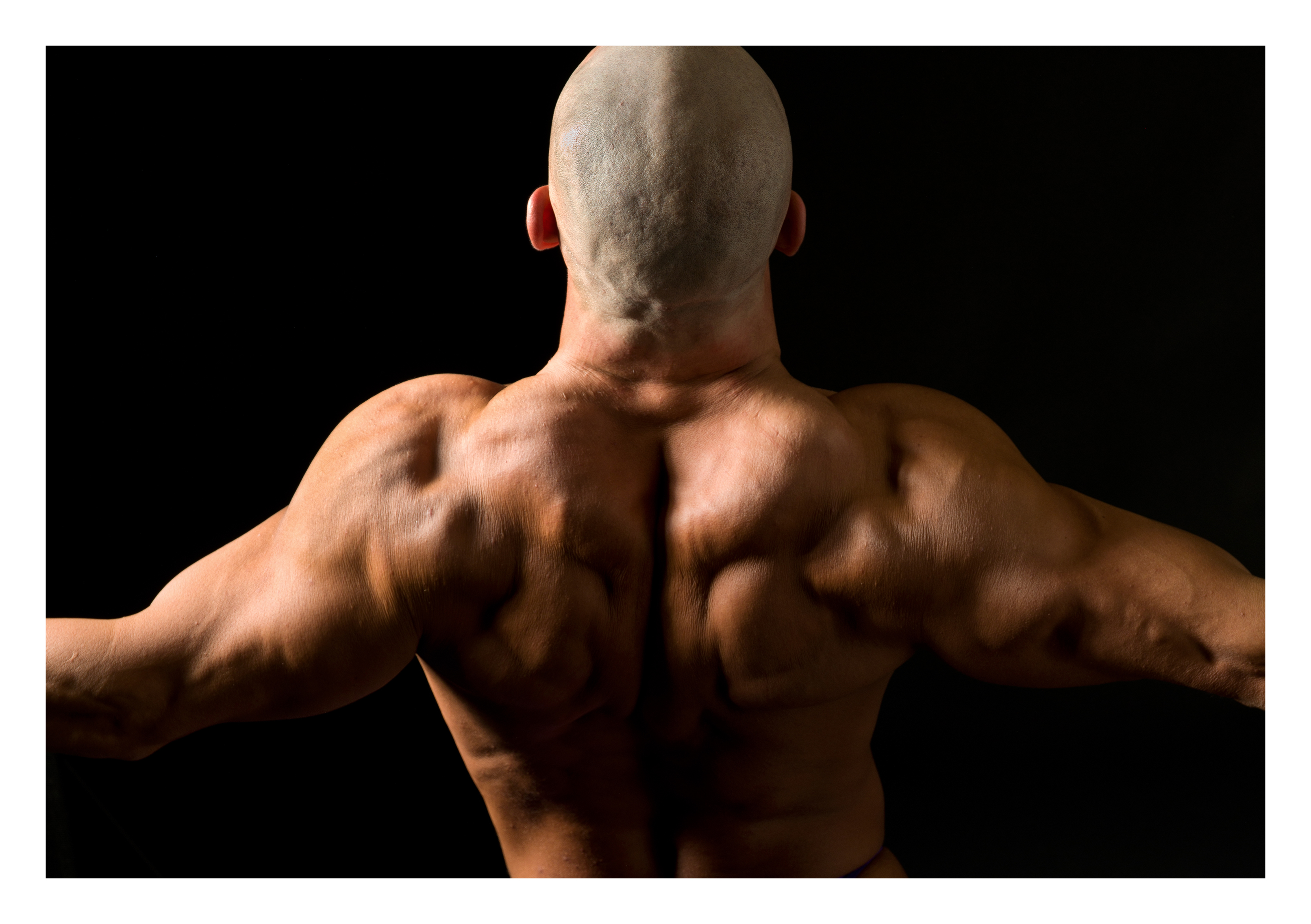 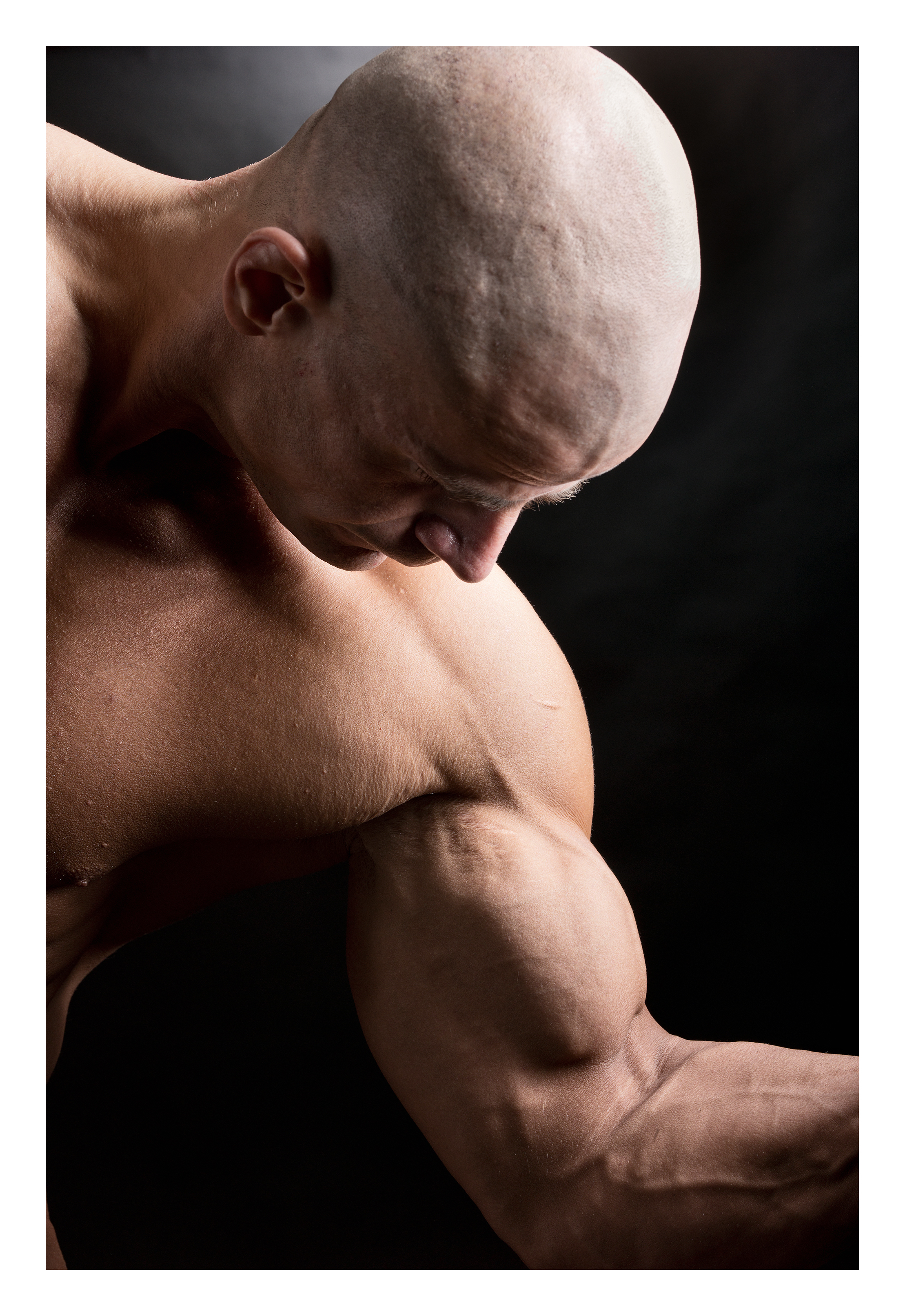 Thanks for the feedback guys. More info for those interested in details:

By “simple Lighting set-up”, I meant the use of minimal lights … the tools used are admittedly pretty sophisticated. If you think camera gear is a black hole sucking money up like a vacuum cleaner, do NOT get involved in lighting. It is very similar to MFD … you can get to a certain level fairly quickly, then every incremental step upwards exponentially cost more and more cash. However, as I advised another S2 users wanting to set up a lighting kit, why pay $40-50K for a S2 system, then go cheap on the lighting? The lighting tools and technique are actually more important than the camera used. High quality ighting is especially important with these cameras, which love crisp clean light to really perform to their maximum potential. The S2 was supposedly originally designed for exactly this type use of lighting … or so they keep saying (fashion, etc.) But we NEED those leaf shutter lenses to really use the S2 to its maximum abilities!

The body builder shoot was my first session of that type, and was surprisingly more difficult to do than I had anticipated. So I agree with David K, it is much harder to do than it looks. For one thing, these guys can't hold those poses for very long, at least not at the peak muscle pop, and it is exhausting to do it for a couple of hours, so time is limited. I had all kinds of different lighting ideas, and was able to do only a few. You really have to work fast, so next time I'll have an assistant to help me. 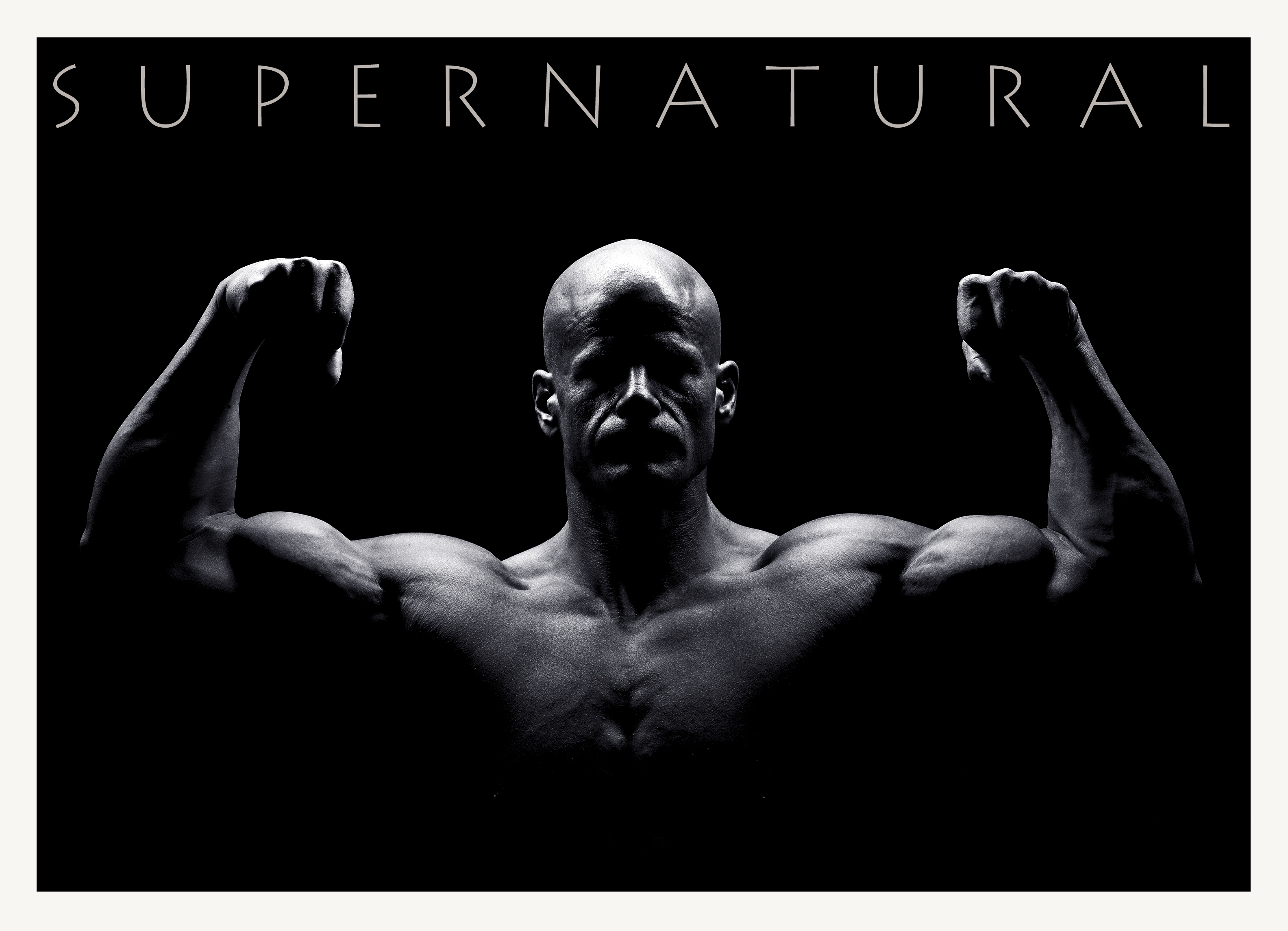 While I do agree that pulling off that wedding shot in the tunnel isn't something that an Uncle Bob would/could do, the one shown below is even harder to pull off. Optional creative stuff can be experimental, and if it doesn't work “oh well” … but there are certain shots you HAVE to do and there are no second chances, regardless of how cliche' and boring we may feel they are. Clients don't know enough to realize what that certain conditions can pose serious issues … like a huge wedding party formal that has to be shot in the dark. We often don't have control of when or where a shot has to be taken, but it has to be done. I pulled this one off because I looked up the sunset time before hand, and knew it would be in a courtyard which further darkened the scene. Without the Quadra set to 400 w/s I wouldn't have been able to pull it off with the S2. I had about 10 minutes to arrange the people, set the camera and lighting and pull off the 4 or 5 shots to assure everyone's eyes were opened and they where all looking at the camera. Lighting was directional held high on a painter's stick camera left with a Elinchrom Varistar Umbrella type softbox kit , with a SF58 TTL speedlight in the hot shoe aimed more camera right to make up for the light fall-off from the directional strobe … and to provide general overall fill. Hand-held S2 @ ISO 640, dragged the shutter @ 1/30th to open up the background, S35 @ f/2.5 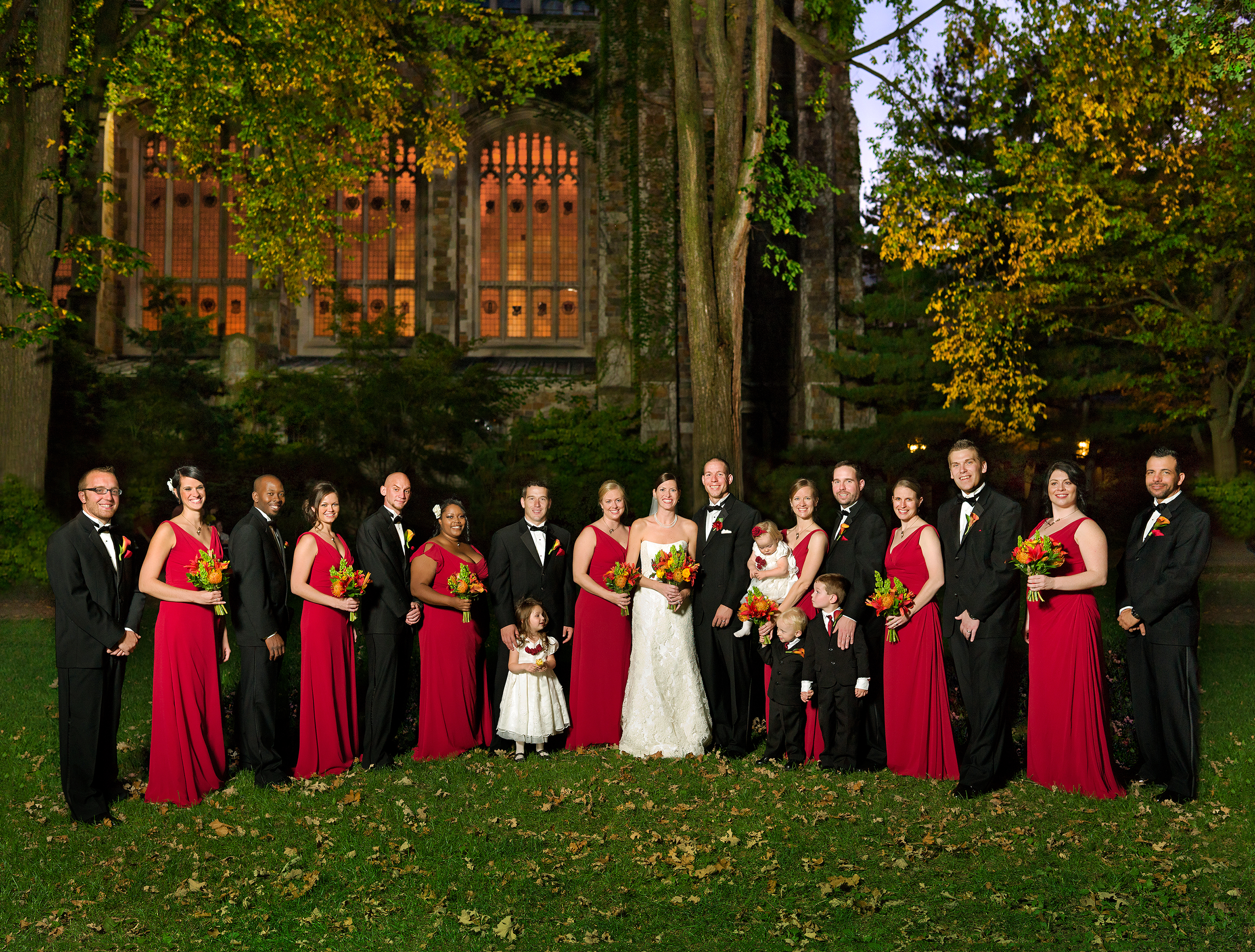