Up a back staircase and through a few nondescript double doors, the Leica Company Archives house valuable documents, patents, design sketches, books, photographs, production records, prototype cameras, and more. We took a tour of the Archives, which is located on the second floor of the New Building. Even seeing just the tip of the iceberg, we came away duly impressed.

First on our tour was the records room. Here, documents of all sorts were stored in large moveable metal shelving units and more classic file drawers. 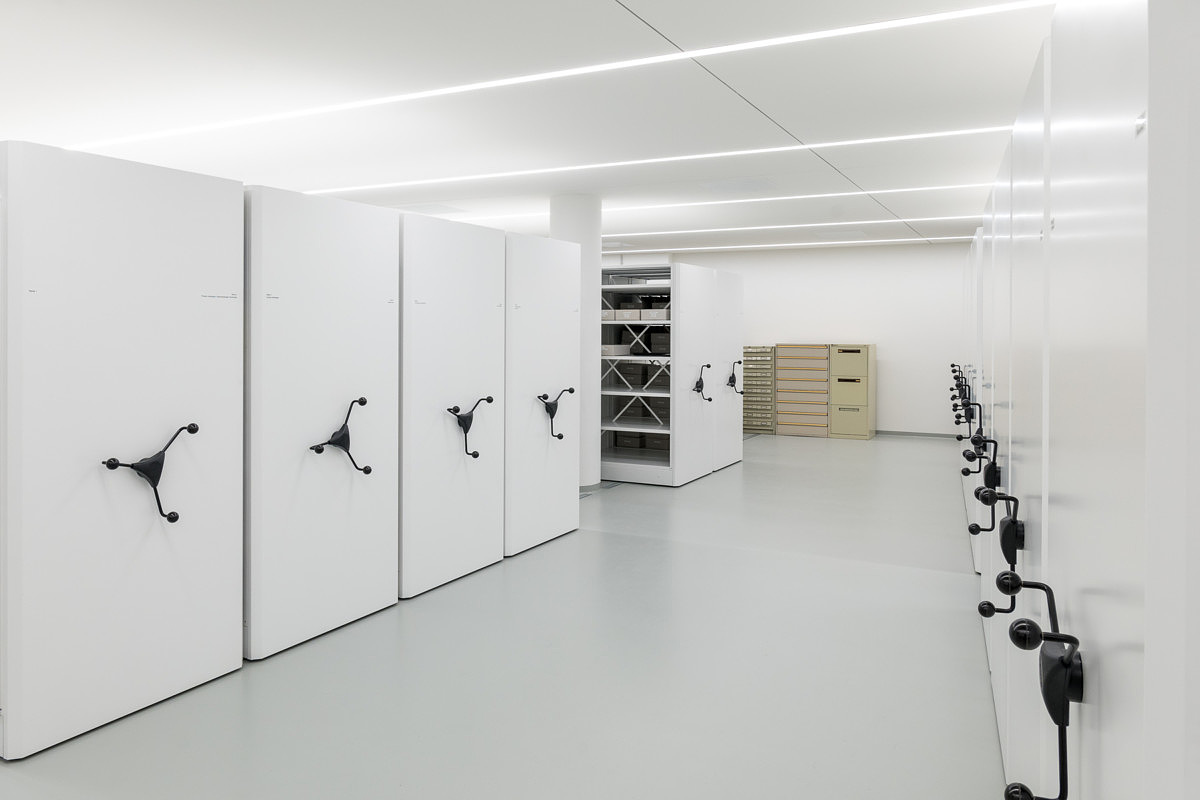 Lots of records, with room to grow 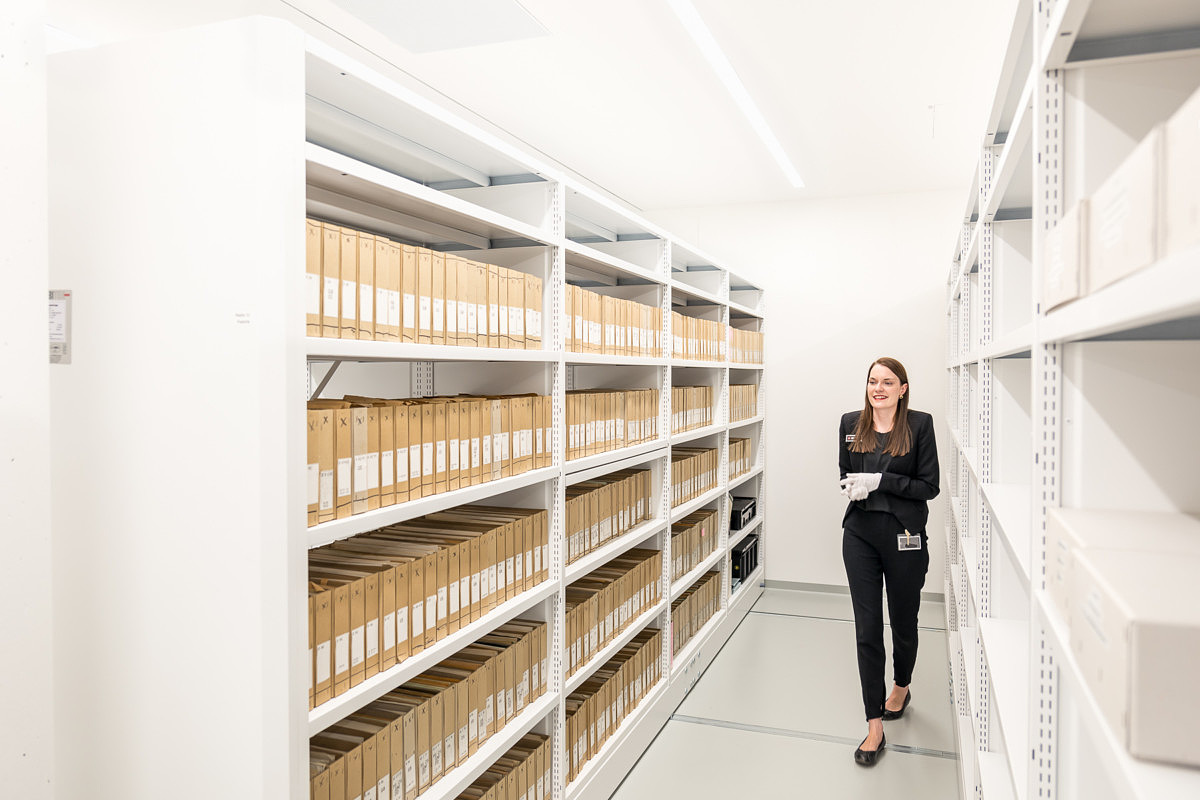 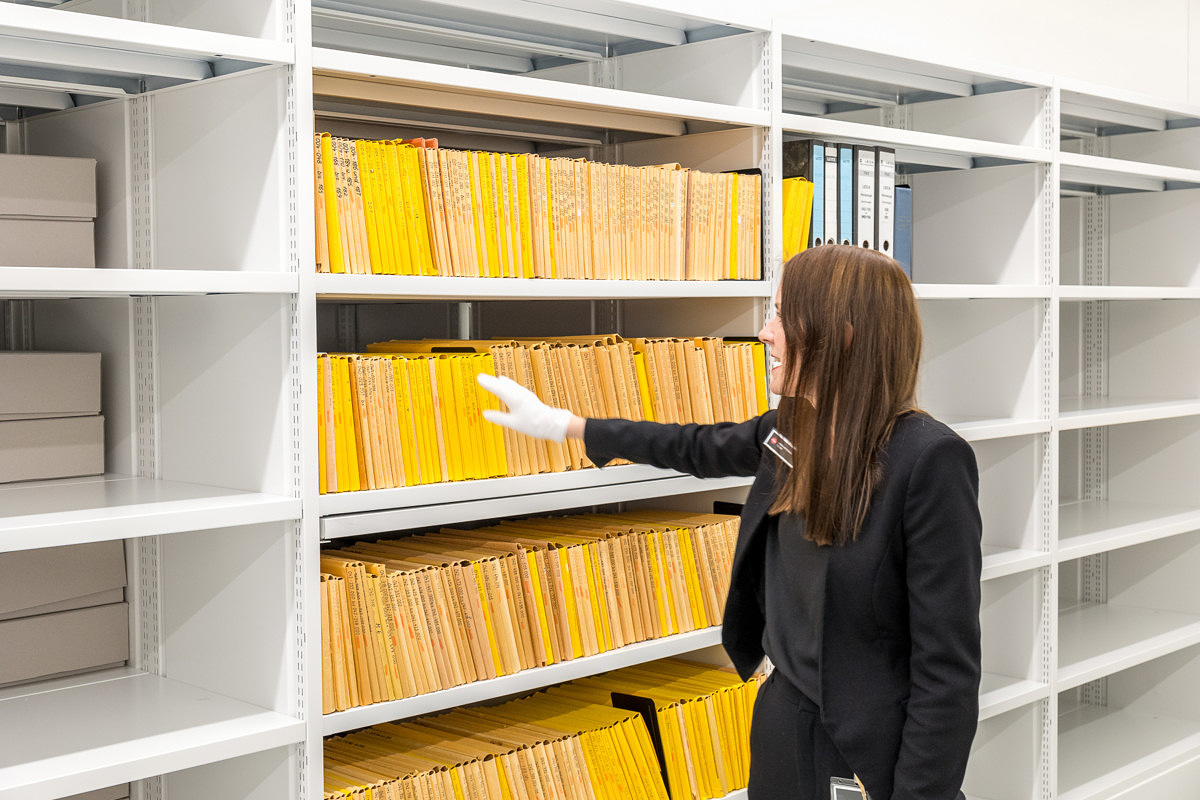 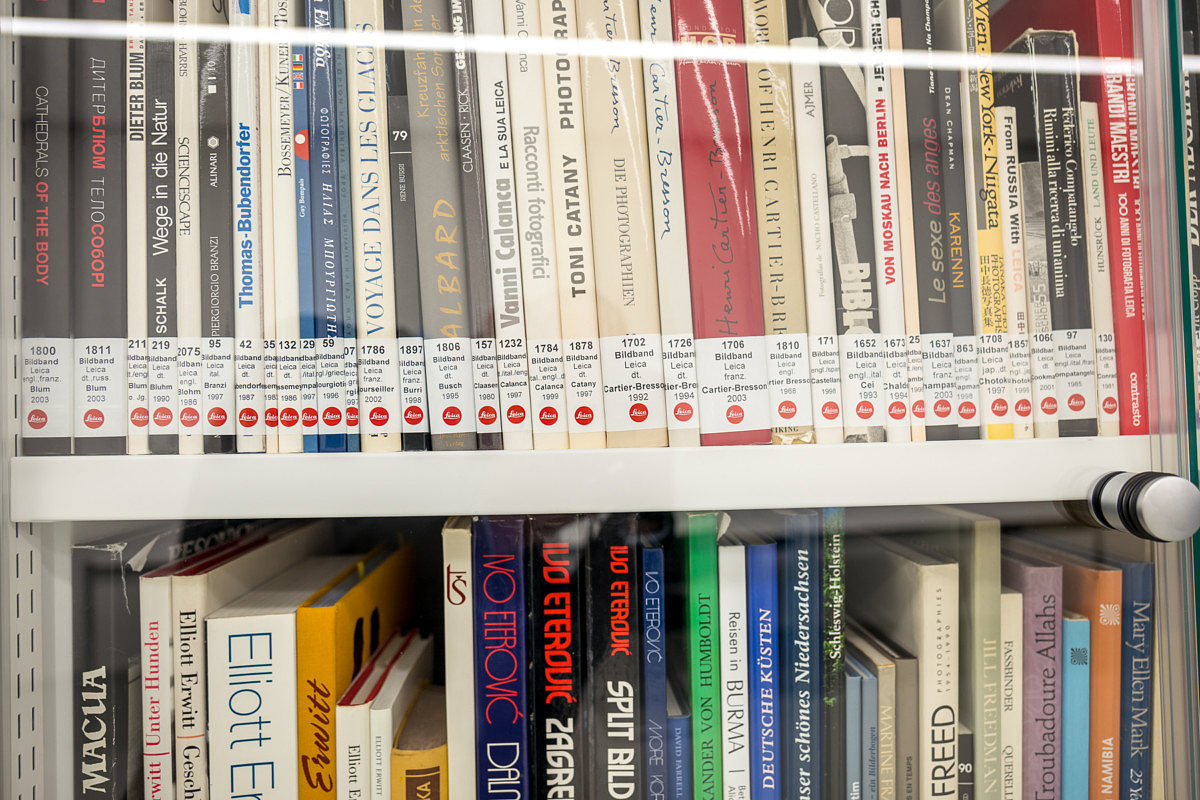 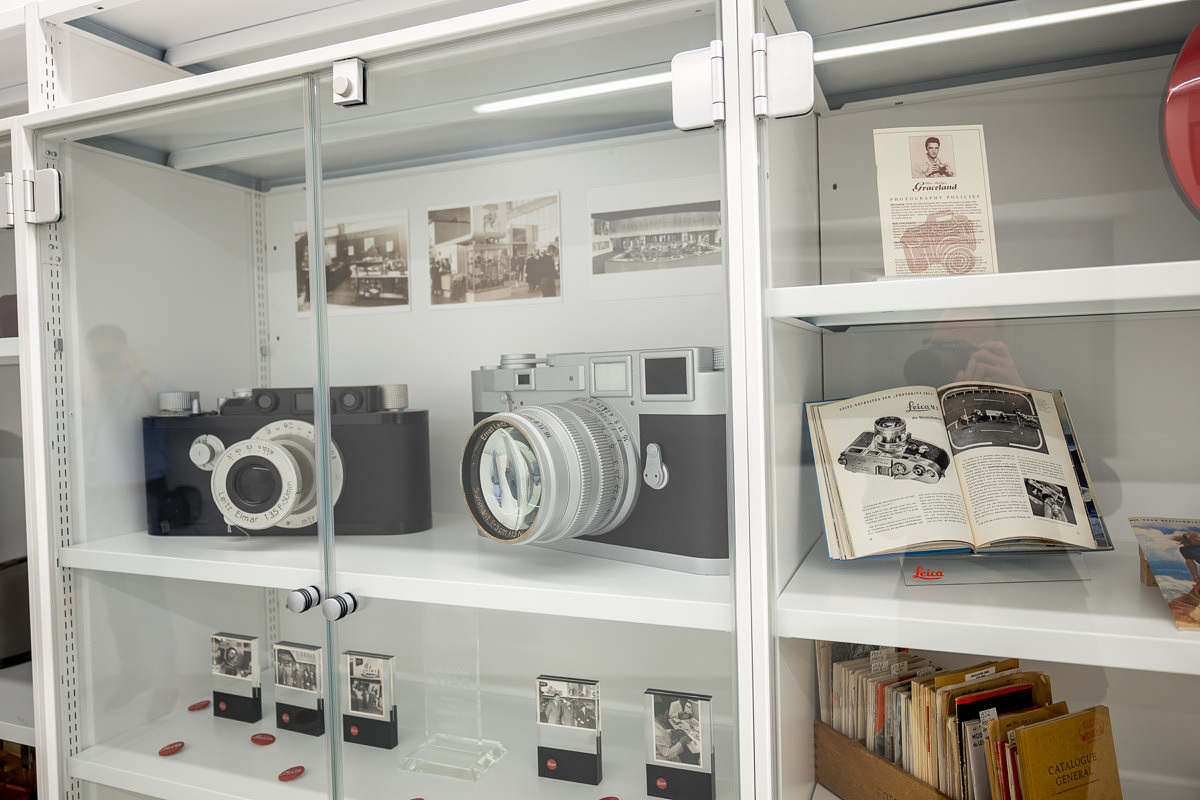 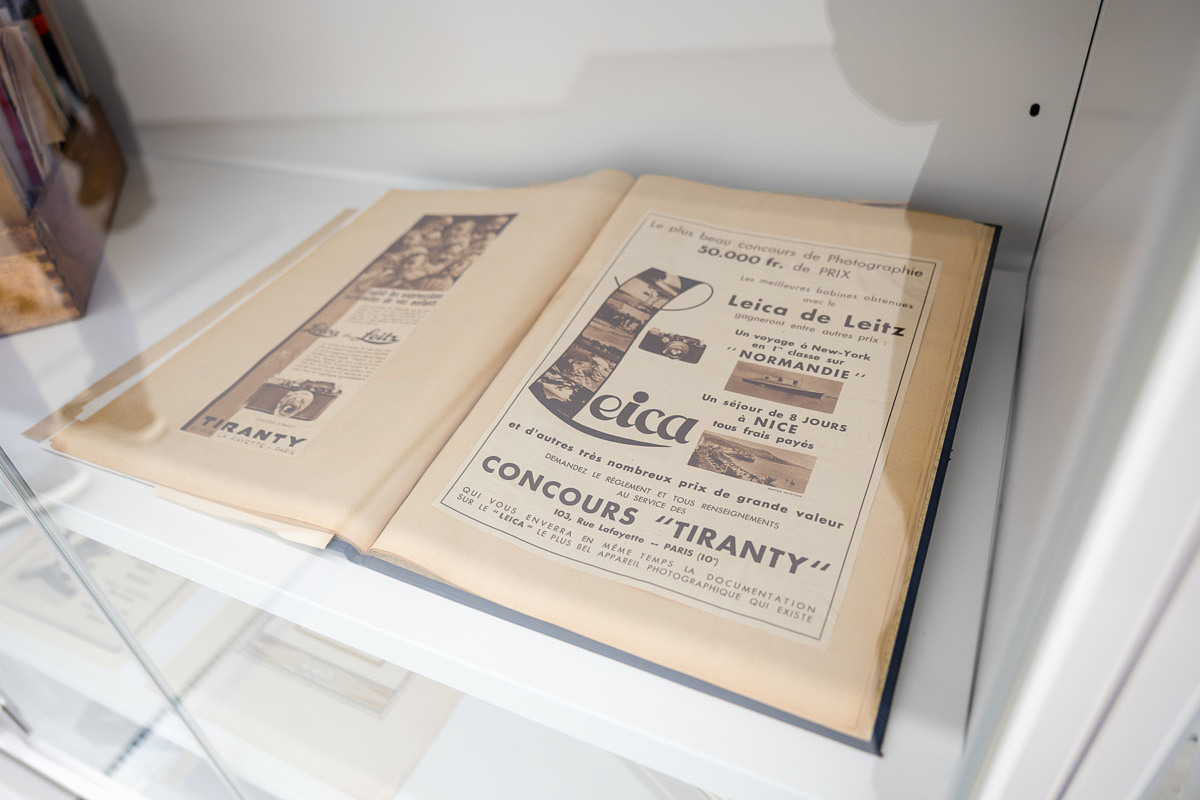 A book of old advertisements 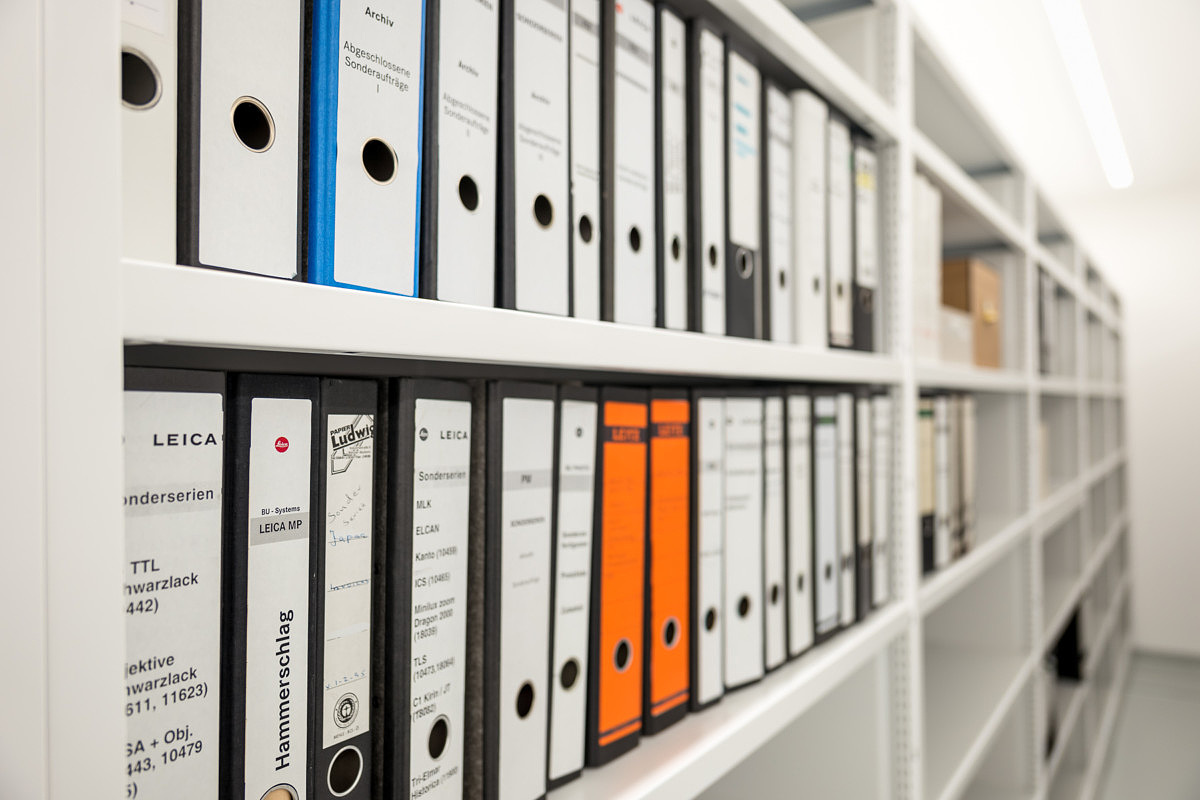 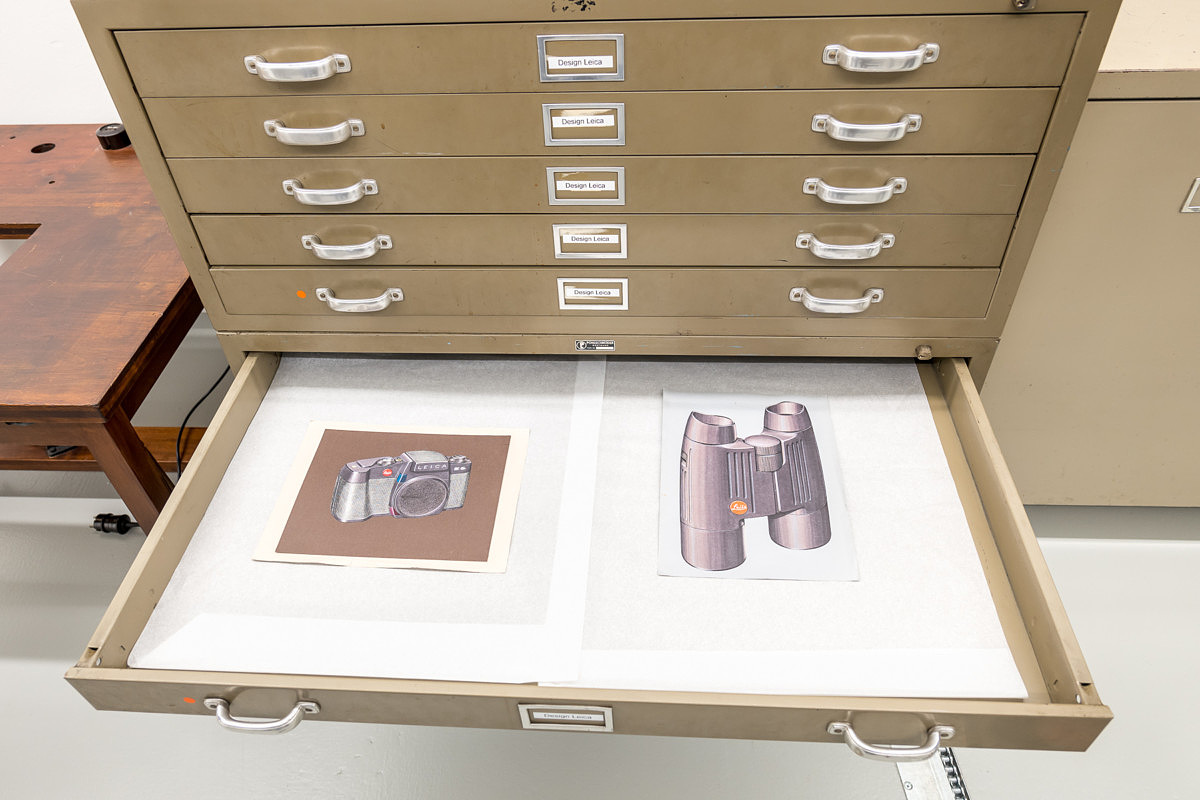 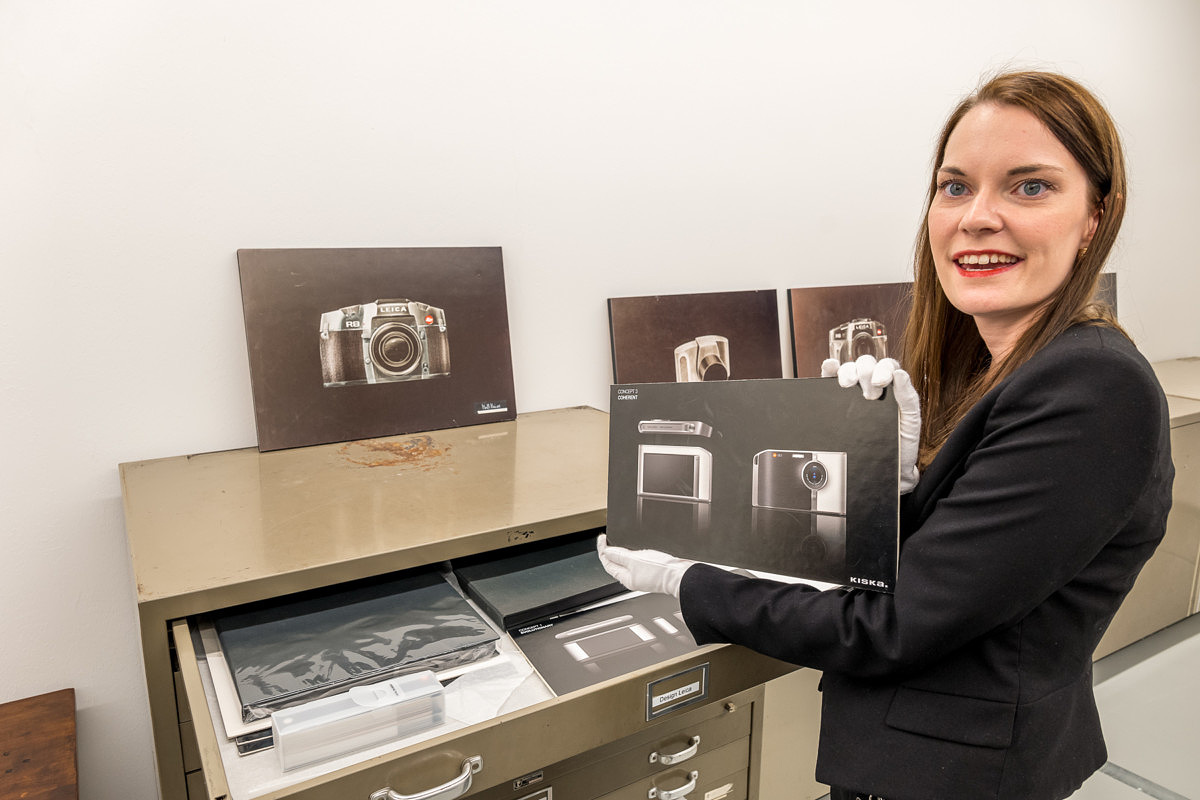 Renderings for concept cameras that were never developed 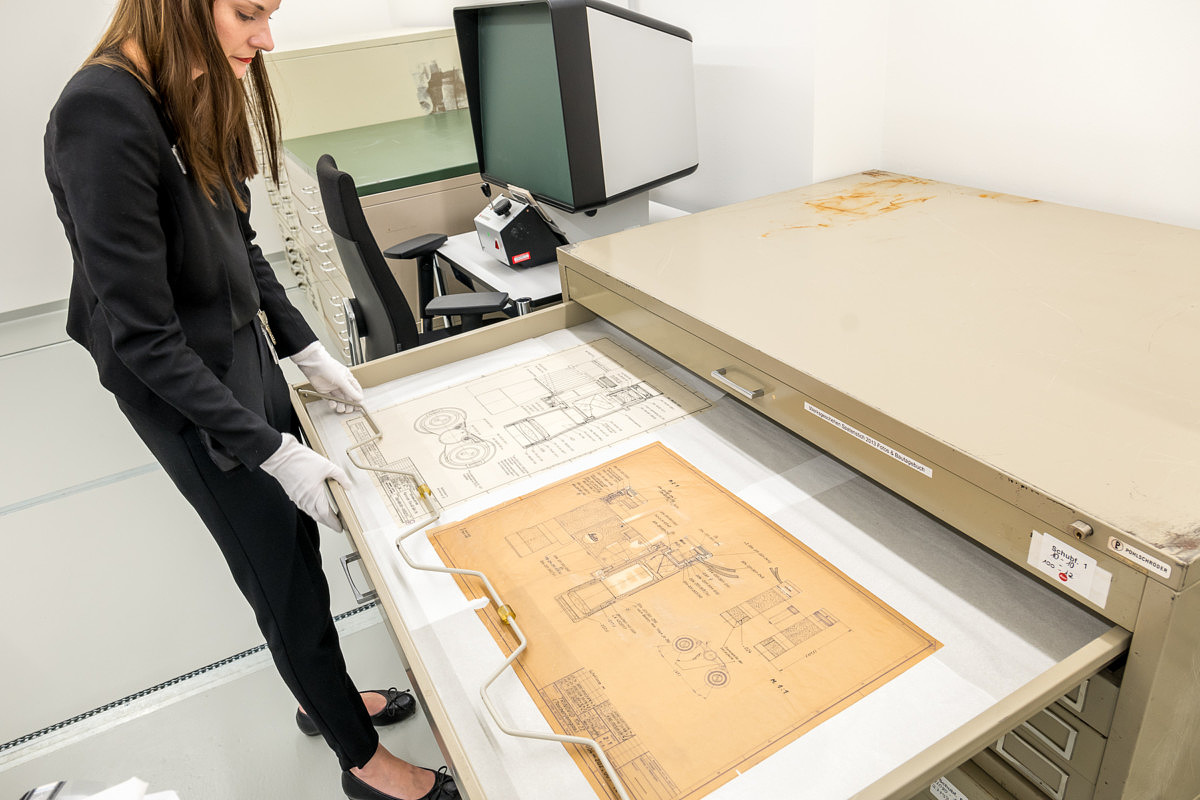 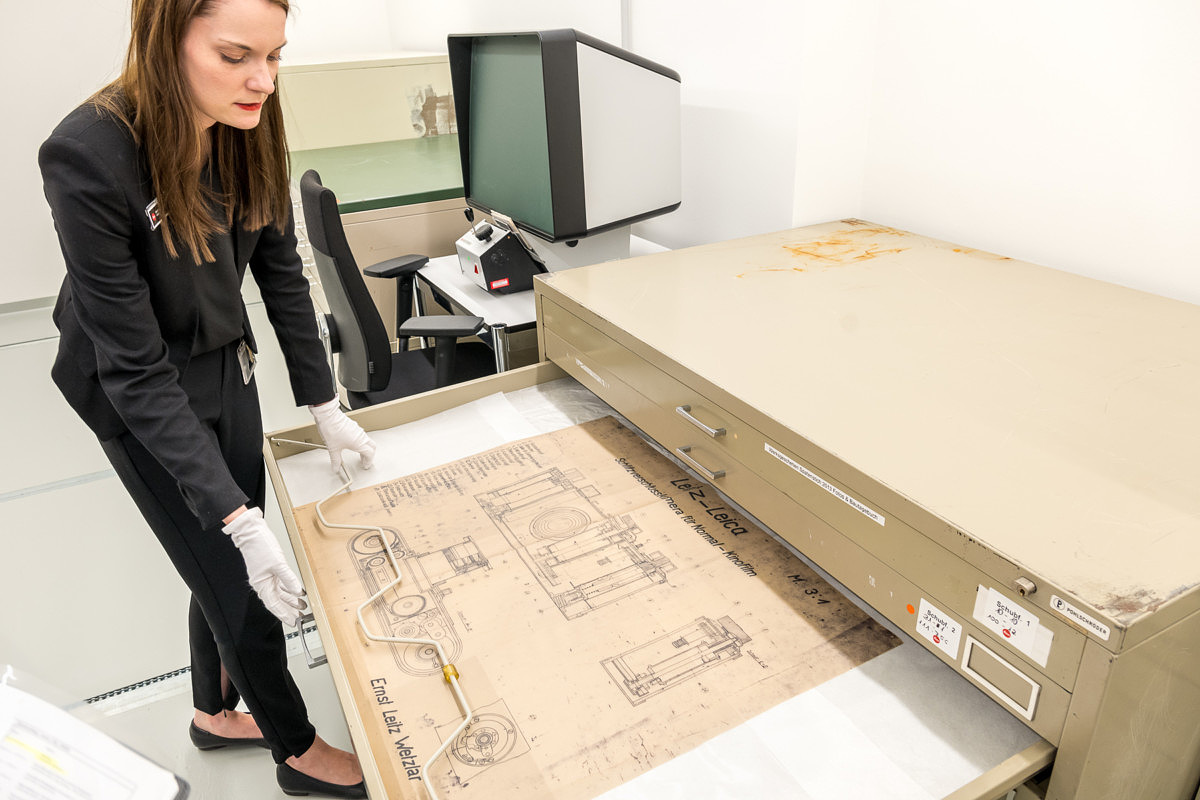 The next stop on the tour was more of mini museum, with several glass display cases. On offer were some significant historical pieces, like a camera and lens from the Hindenburg, the Jony Ive designed camera for (RED) which sold for $1.8 million, Oskar Barnack's original notes and sketches, contact sheets from the first roll of film ever shot, production records, and some prototyping models for various cameras.

Camera and lenses from Hindenburg 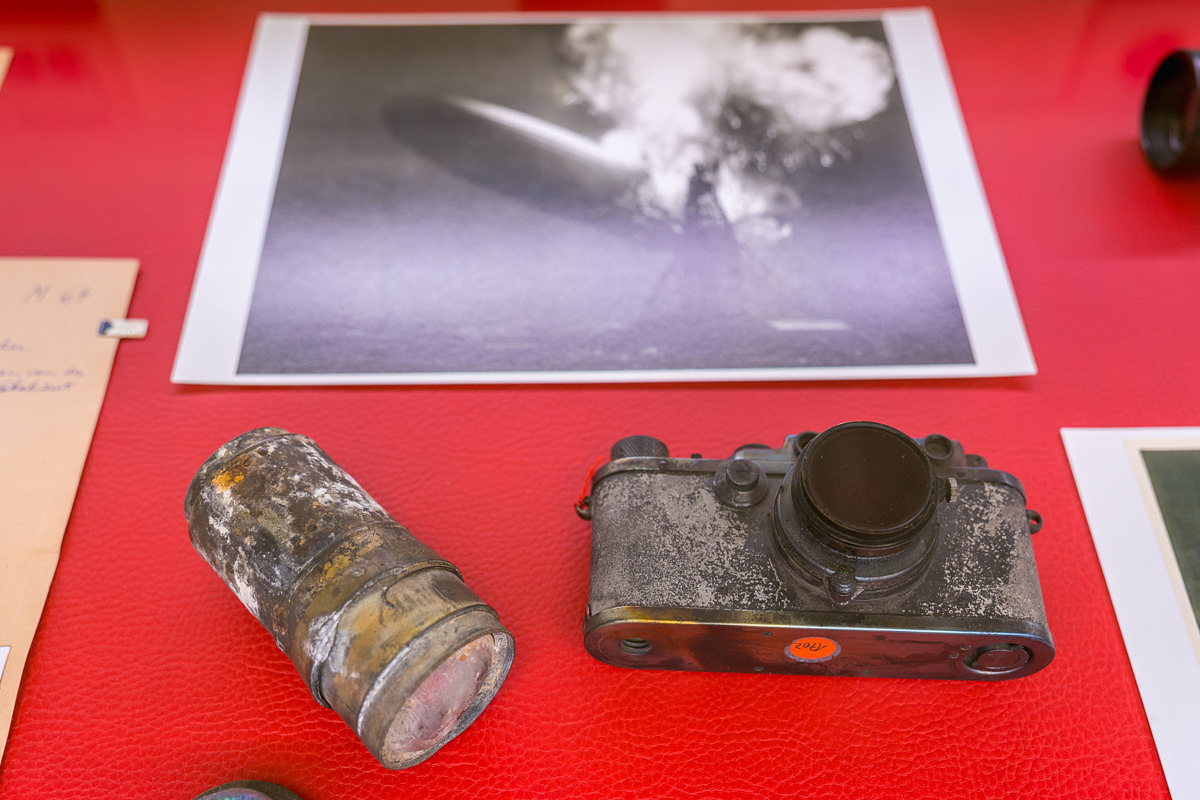 Camera and lenses from Hindenburg 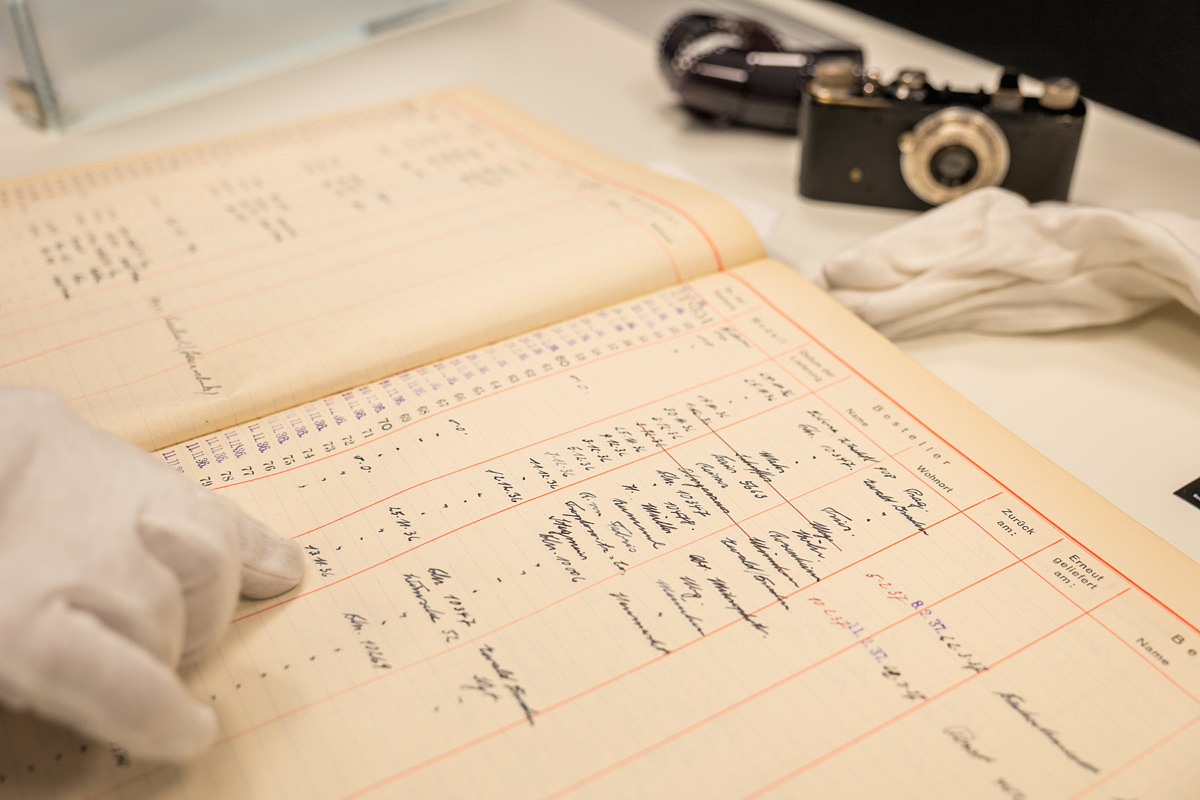 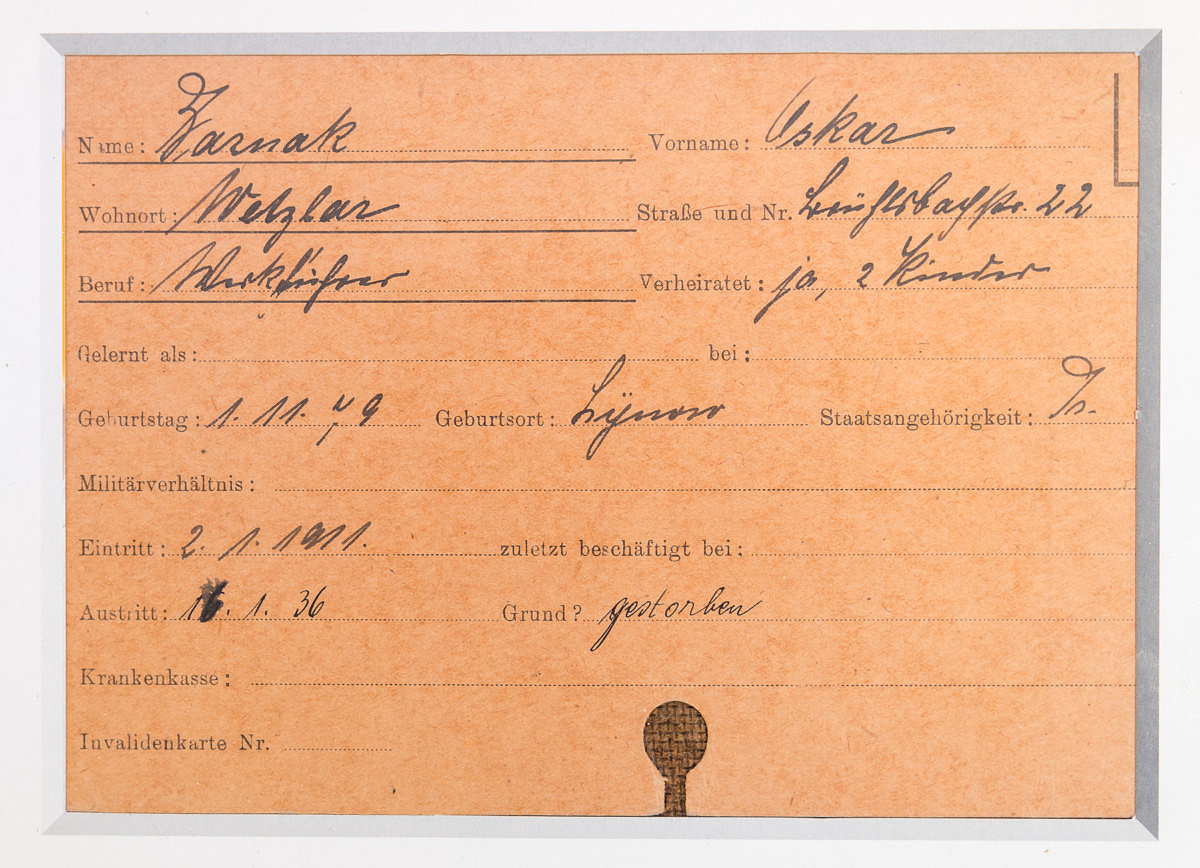 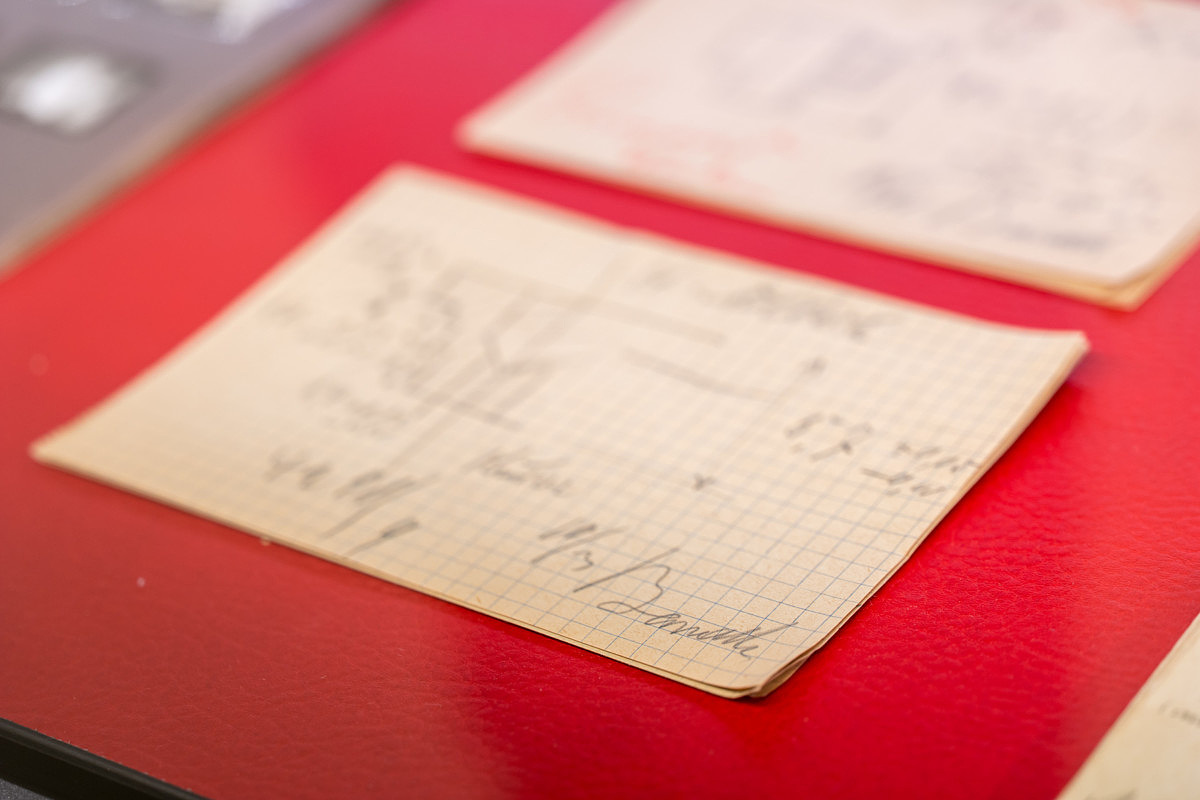 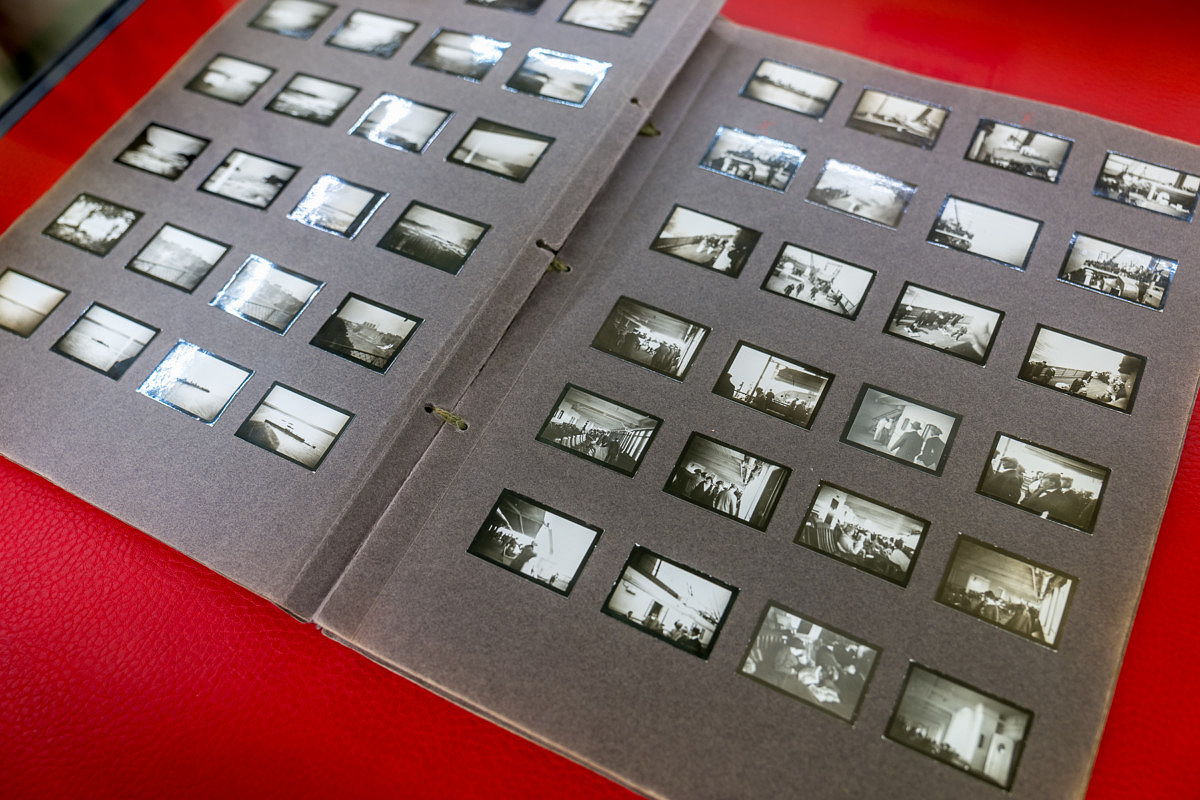 The first ever roll of film shot with a Leica camera, by Oskar Barnack 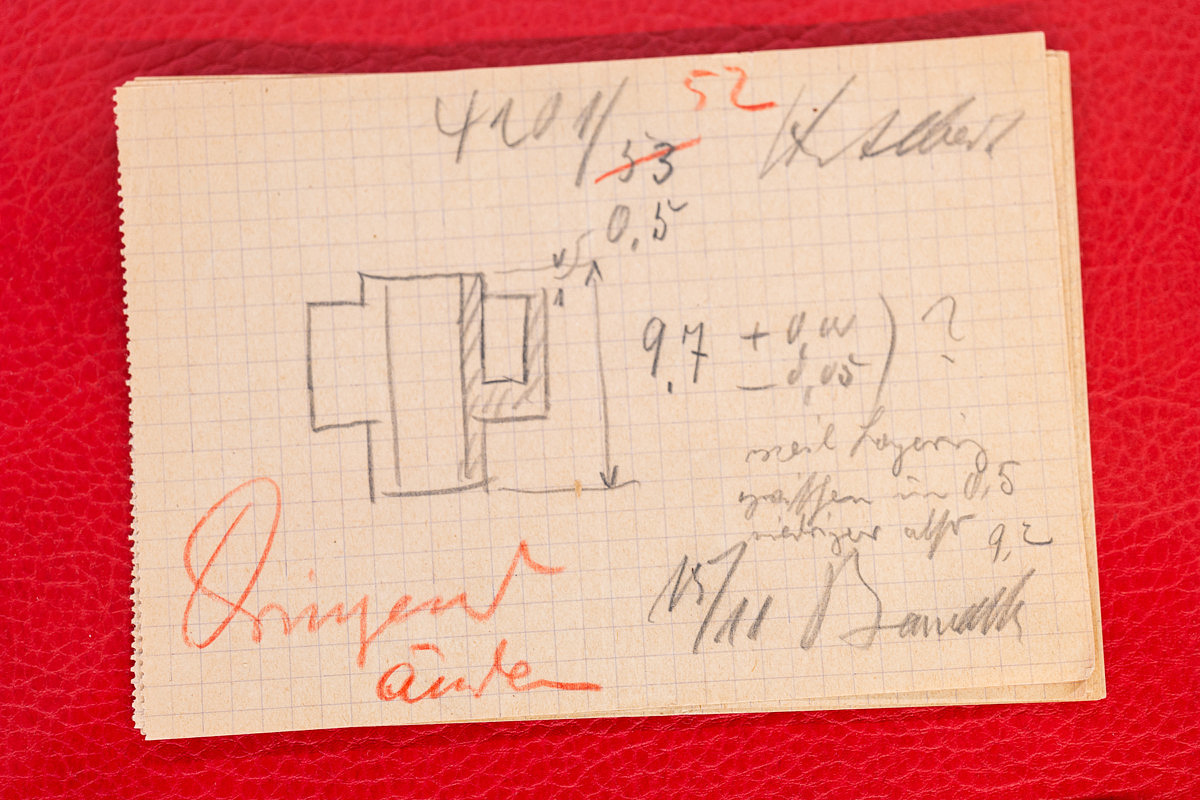 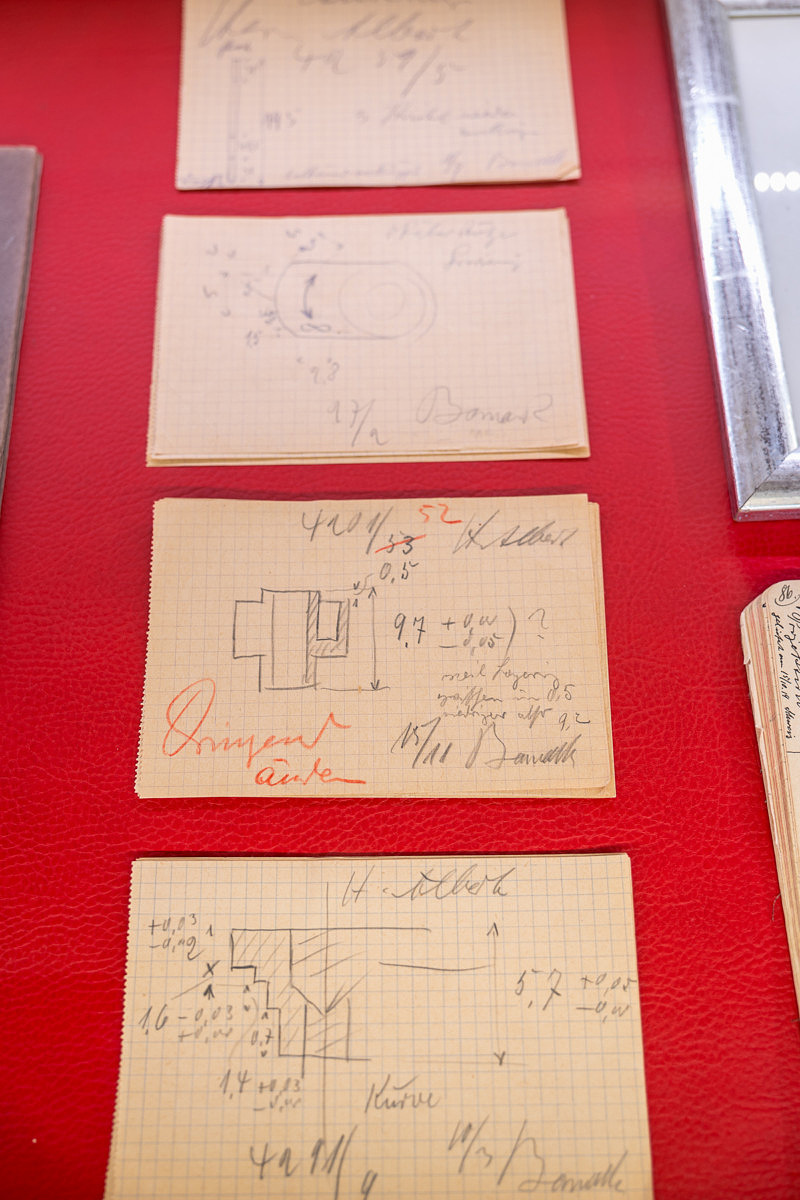 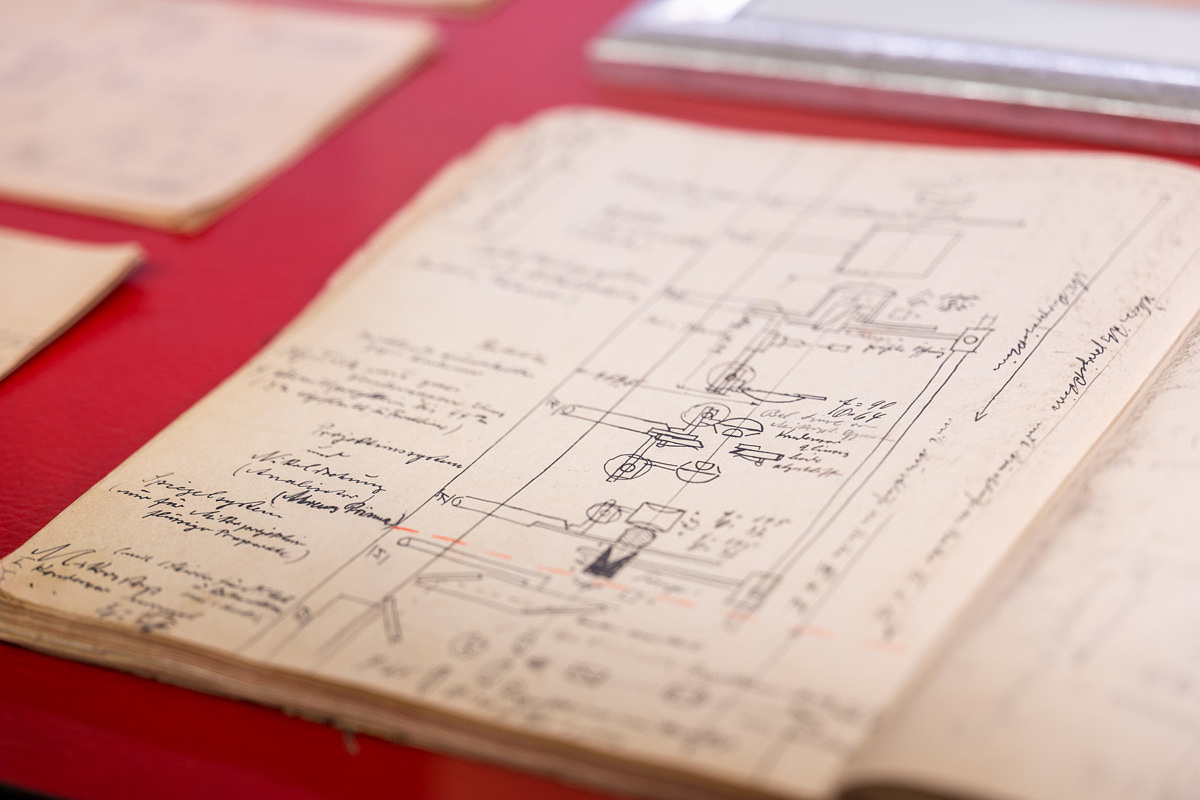 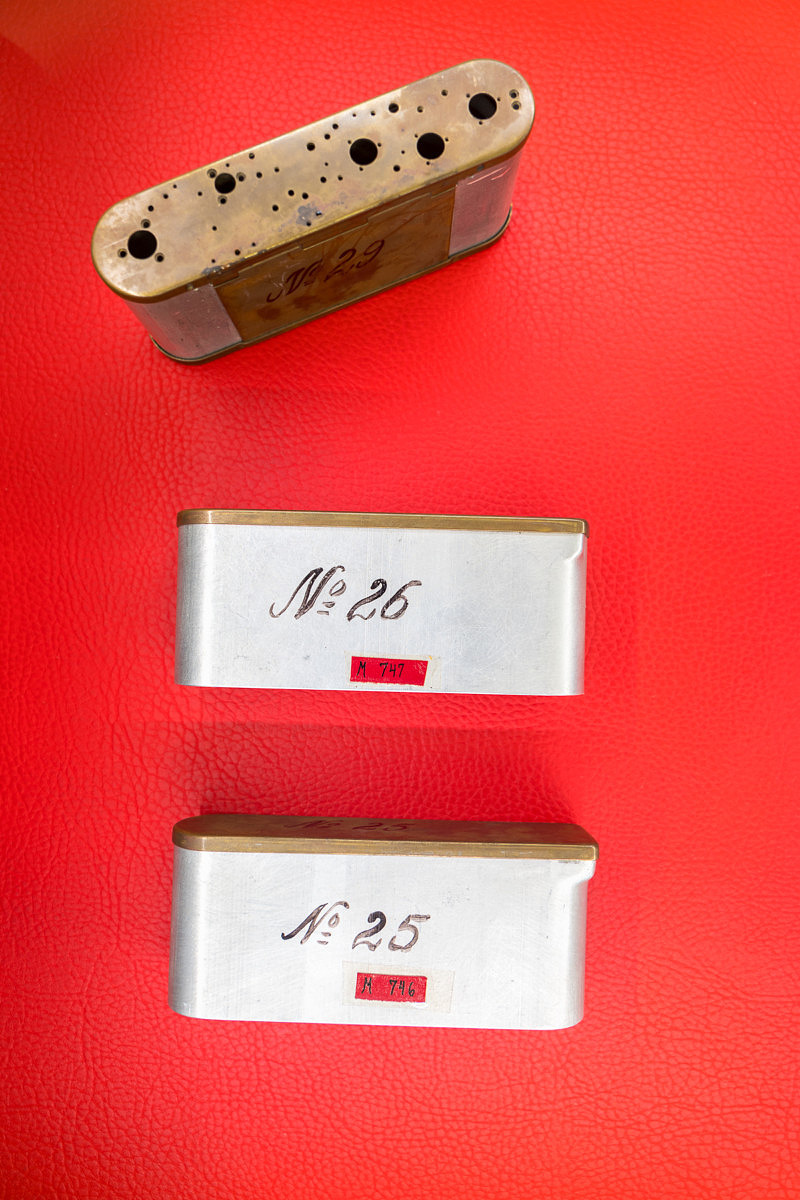 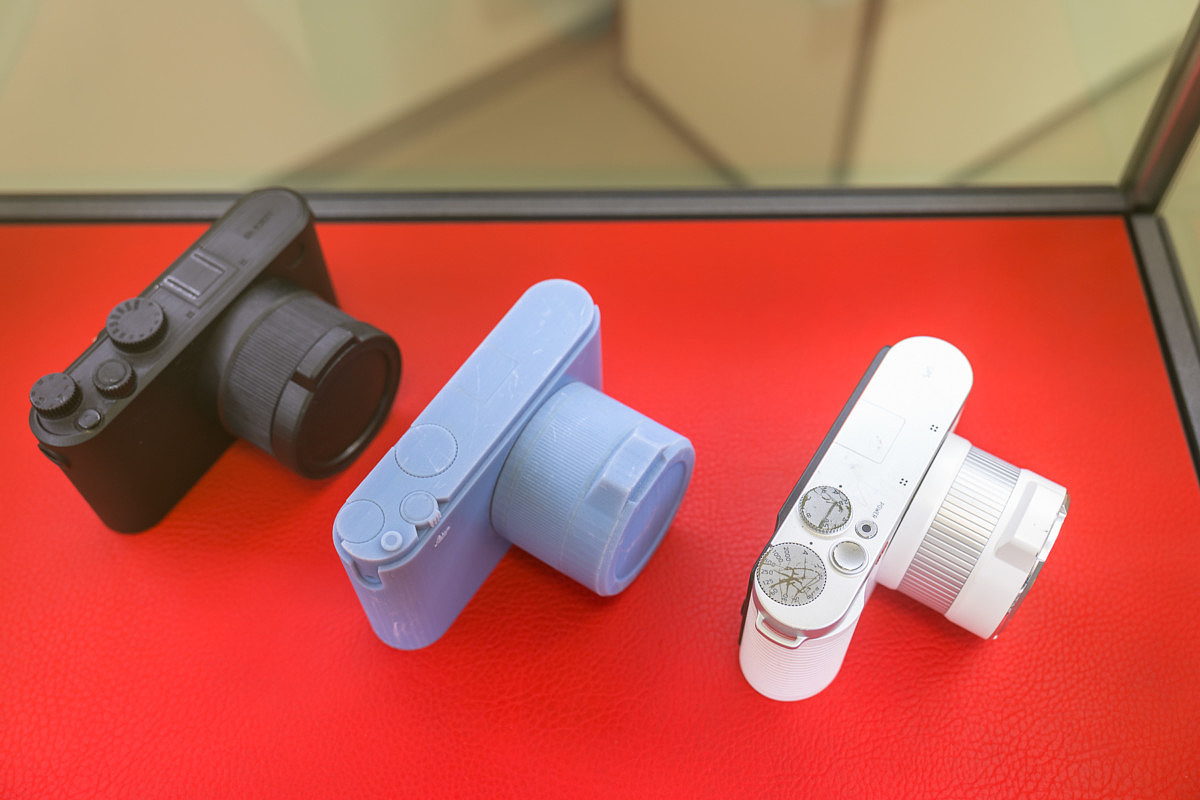 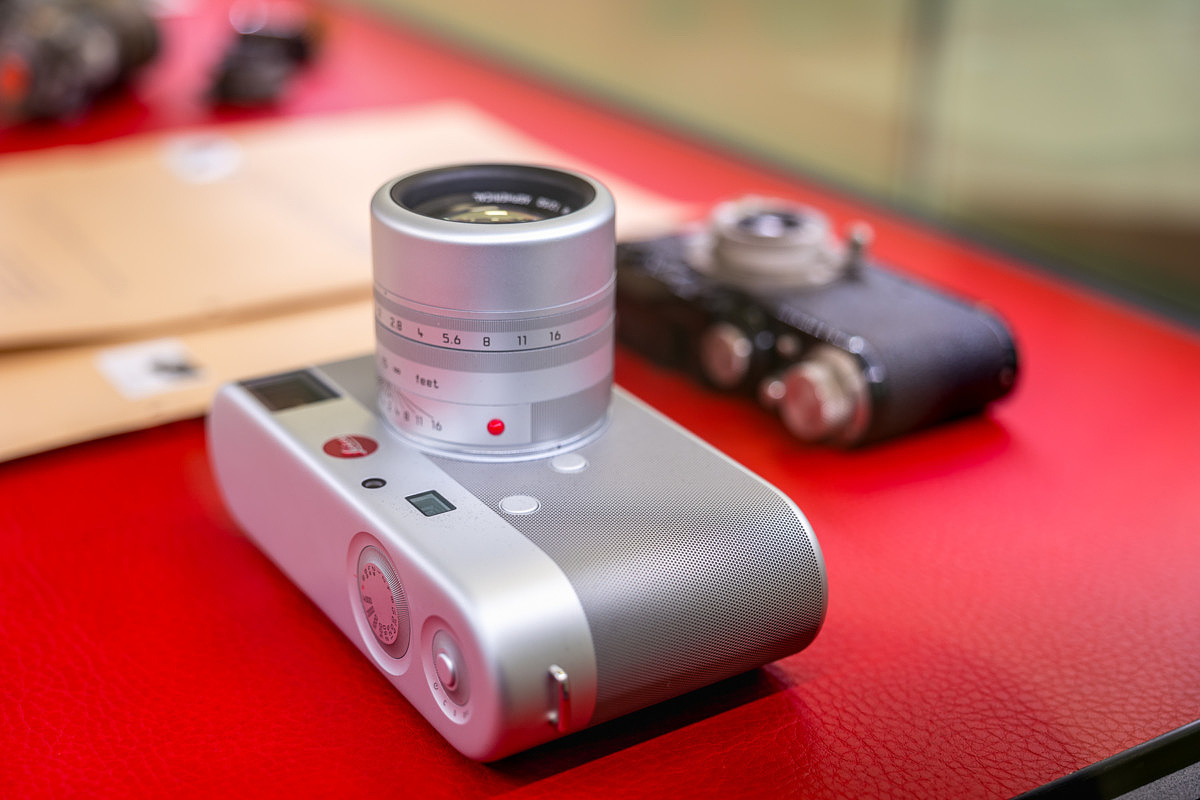 For the third and final stop on the tour, our guide led us through another set of double doors and into the crown jewel of the Archive – the camera vault. This large room, about the same size as the records room, had row after row of metal shelving, with almost every spot occupied by storage bins, each labeled with a product name or two. Our guide removed one of the bins and opened it. Inside was about a dozen cameras of that type.

Sadly, no pictures were allowed in there, so you'll just have to imagine what a Leica collection with thousands of cameras and lenses looks like.

Leica plans to make the archive available to the public in the future. In the meantime, a team of full-time archivists keep the growing collection preserved for future generations. Leica created the first 35mm still camera over 100 years ago. In that time, the company has had an enormous impact on  photography. Clearly, the company understands the importance of maintaining and curating this history.