Today, Leica announced the replacement for the T (Typ 701): the Leica TL.

The new TL camera, which comes in at a price of $1,695, is almost identical to the original T launched two years ago. Same unibody machined aluminum chassis, same large touchscreen interface, same optional add-on Visoflex EVF. In fact, this new model appears to have the same sensor and internal processing as the T (Typ 701).

The only notable differences are the expanded internal memory of 32GB, up from 16GB, along with faster AF performance and the ability to use image stabilization on OIS-equipped SL lenses. And, it seems that Leica will be rolling out the improved AF and added lens compatibility for existing T701 users in the next firmware update. (Update 12/6/16: New firmware version 1.6 now available for T (Typ 701)) 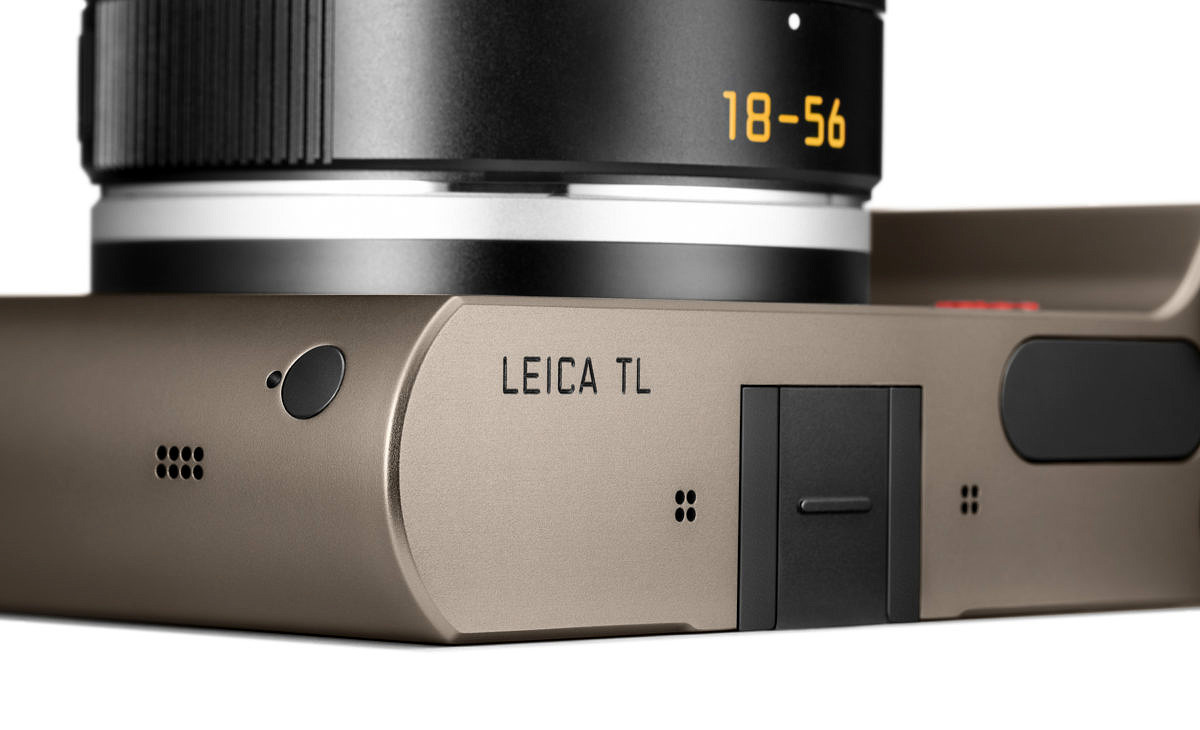 Basically, the TL is just a minor update to the T. To me, the announcement seems more like a reintroduction of the T as the TL. This brings the naming more in line with the SL (Typ 601), since both cameras share the same L mount. SL lenses are full-frame lenses, TL lenses are APS-C lenses, and both are cross compatible between the SL and the TL.

In addition to the standard silver and black finishes offered previously for the T, the TL will also be offered in titanium gray with contrasting black controls. We just recently saw this combo on the Leica Q, and it definitely looks sharp. 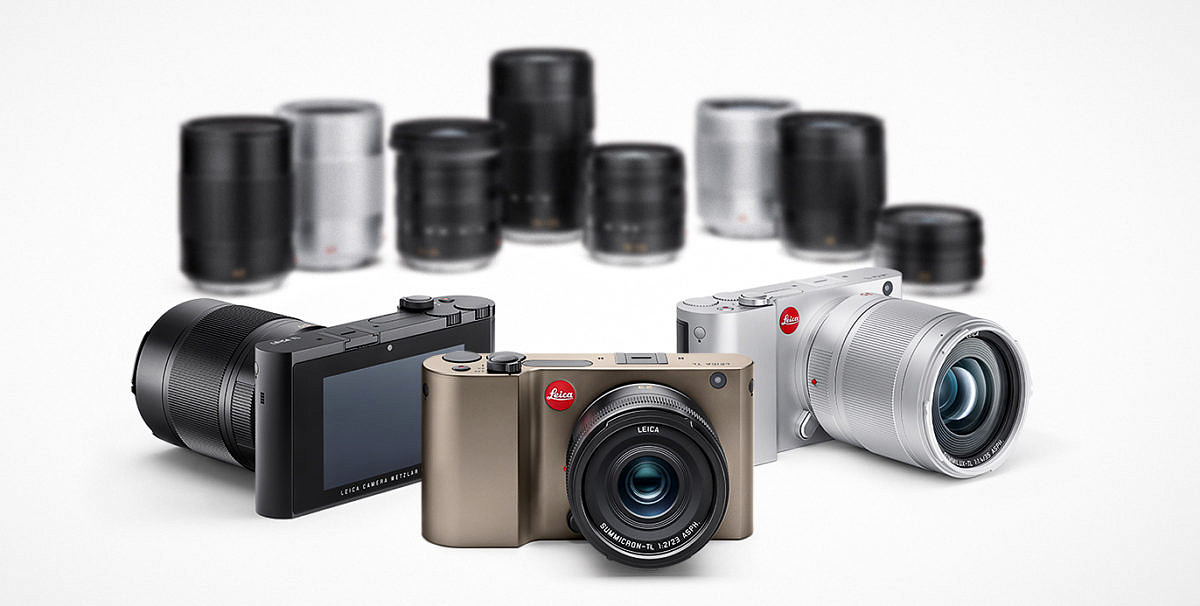 Because the T has been in short supply for the last several months ever since it was quietly discontinued, I'm sure there will be many who will welcome the opportunity to pick up a TL. The camera is a work of art and now has a full line-up of excellent TL lenses, including the recently introduced 60mm APO-Macro-Elmarit-TL. To get an idea of the performance of the T/TL, please check out my original review here:

Another great resource with plenty of sample images is Jono Slack's retrospective after using the T for a year: 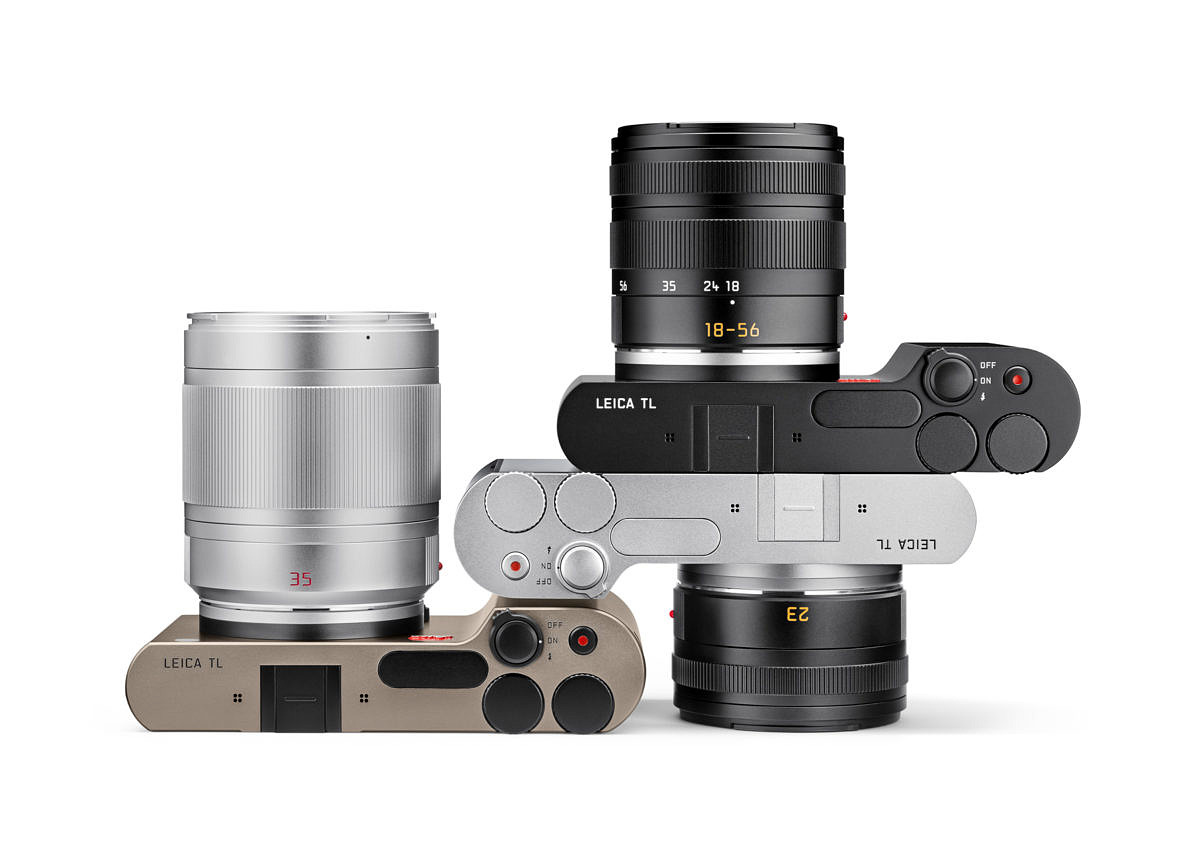 To complement the TL launch, Leica is also introducing an expanded line of cases and straps. You can check out the full selection here. 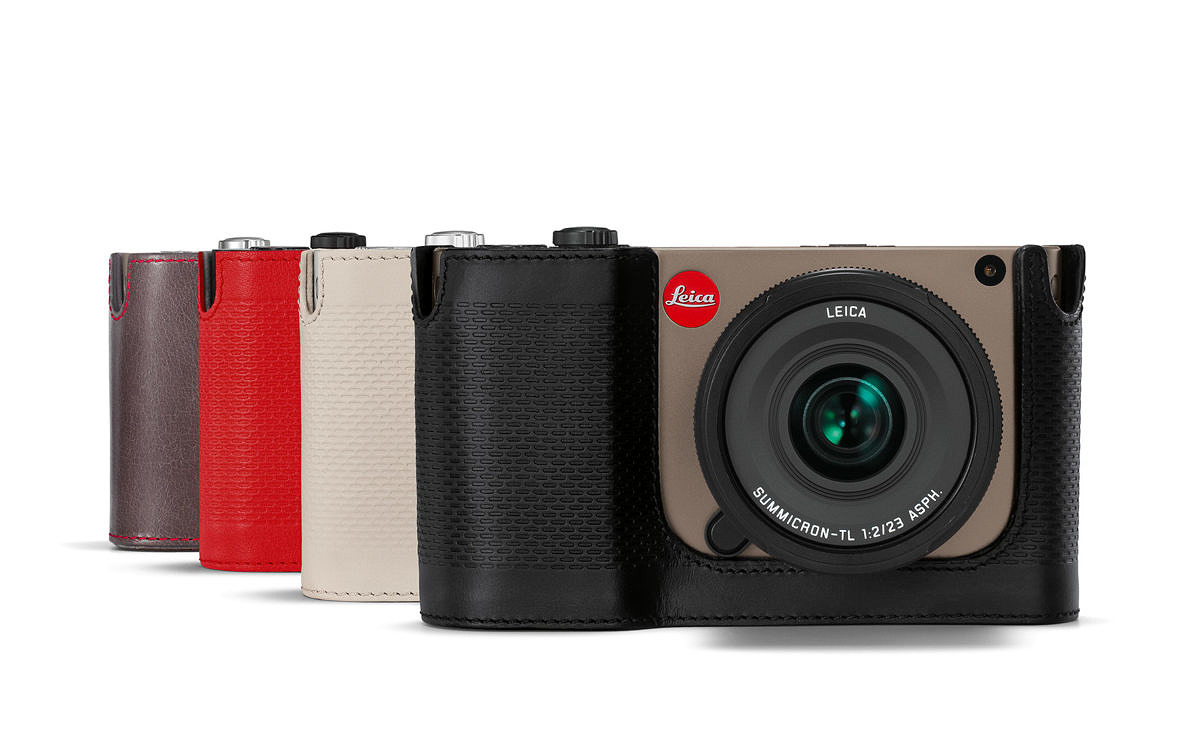 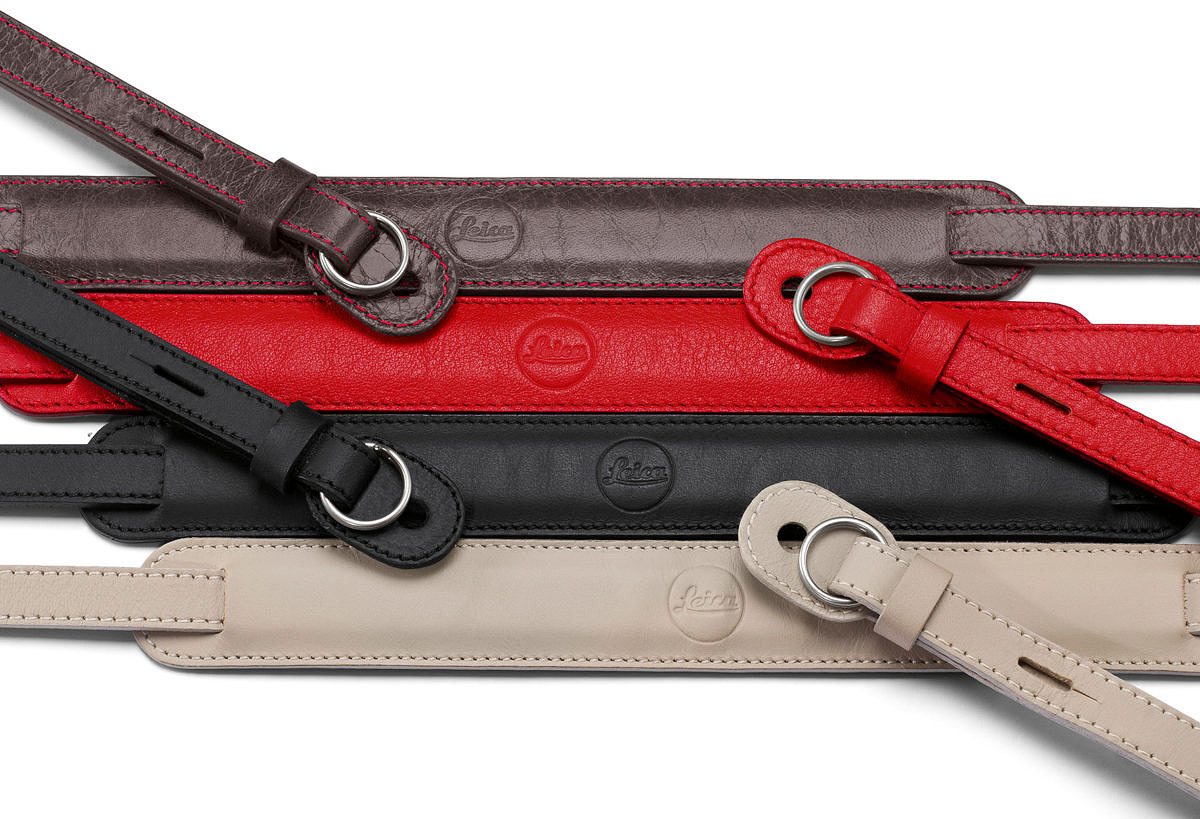 Leica Camera proudly presents the Leica TL, a new camera model based on the Leica T. The Leica TL-System advances the performance, usability and flexibility of the Leica T with additional features and design changes. The Leica TL is the only system in its class that combines groundbreaking design, craftsmanship and instinctive use for the most enjoyable and rewarding experience in photography. 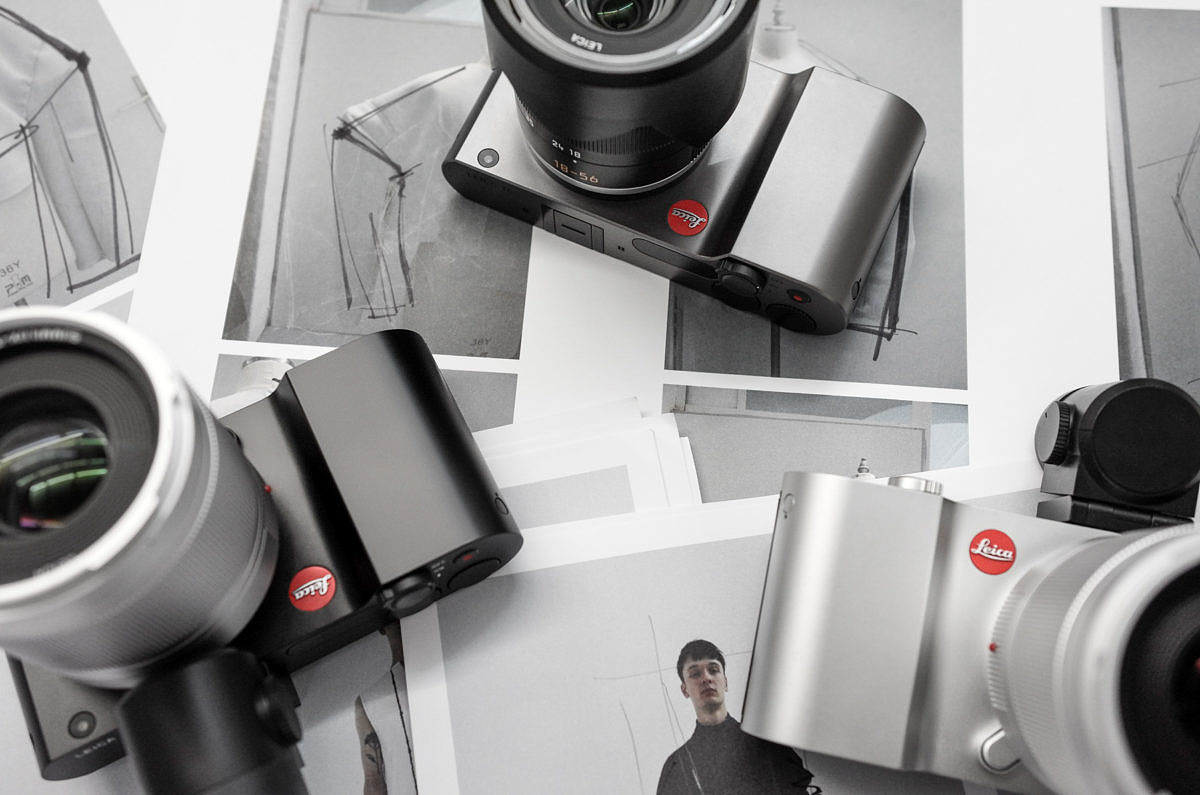 The TL-System offers the user an experience that is unforgettably new yet aligned with Leica’s longstanding ideology of focusing on the essentials. The expansive system of TL lenses and accessories such as the Visoflex electronic viewfinder, M-Adapter L, R-Adapter L, SF 40 and SF 64 flashes all enhance the shooting experience while providing the user with more avenues for creativity. The Leica TL cameras will be available in black anodized, silver anodized and new titanium anodized colors at all Leica Stores, Boutiques and Dealers from later this month. The new Leica TL, titanium anodized finish will have rounded edges. 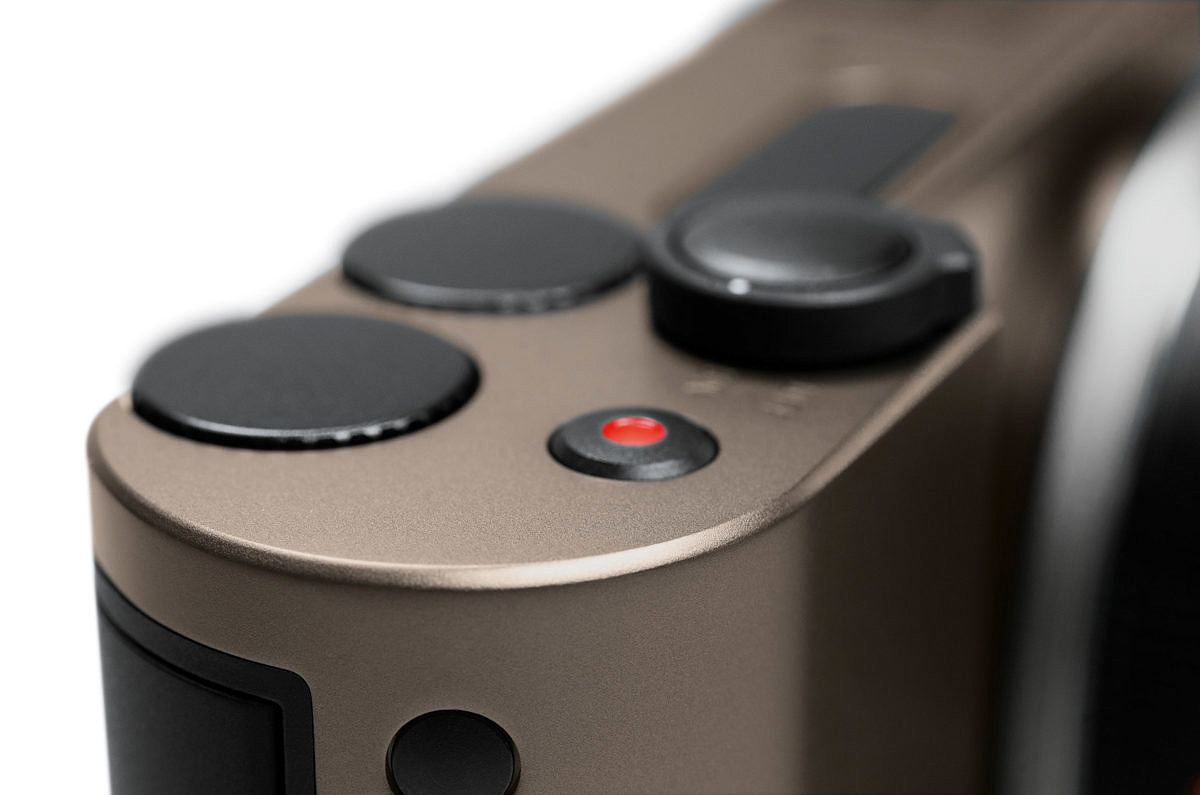 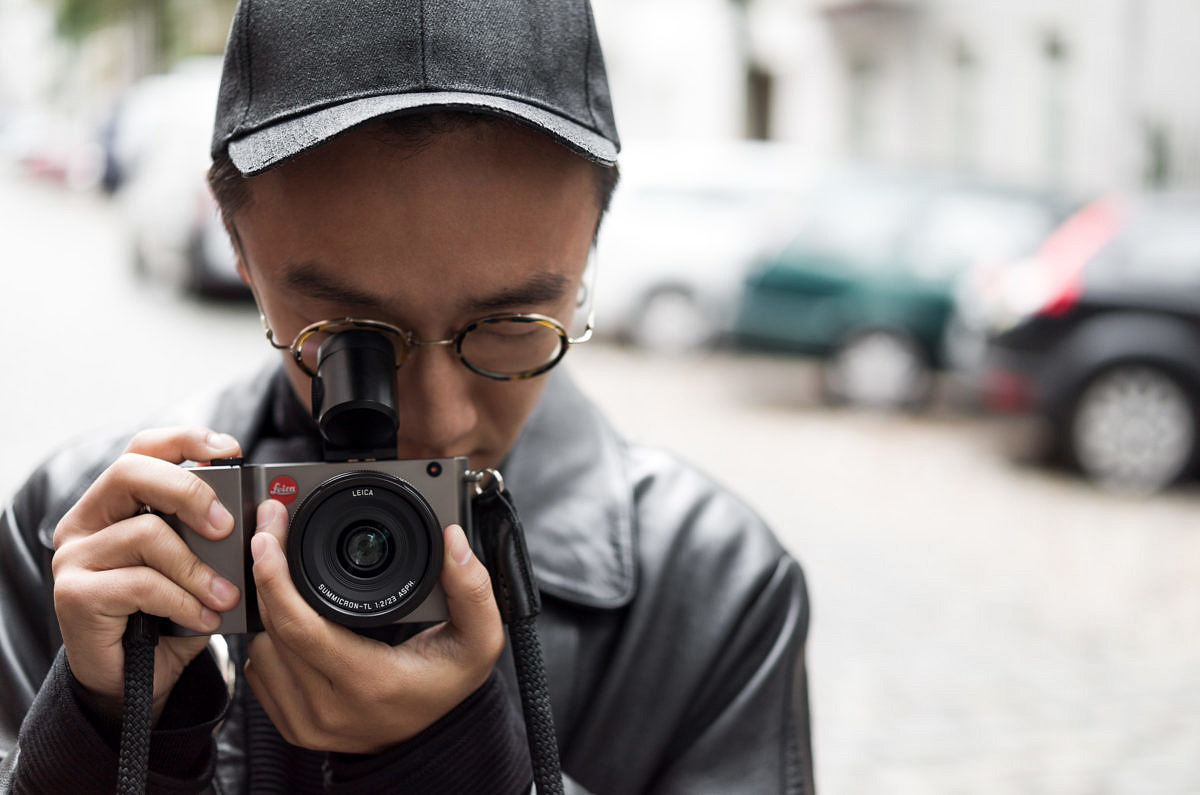 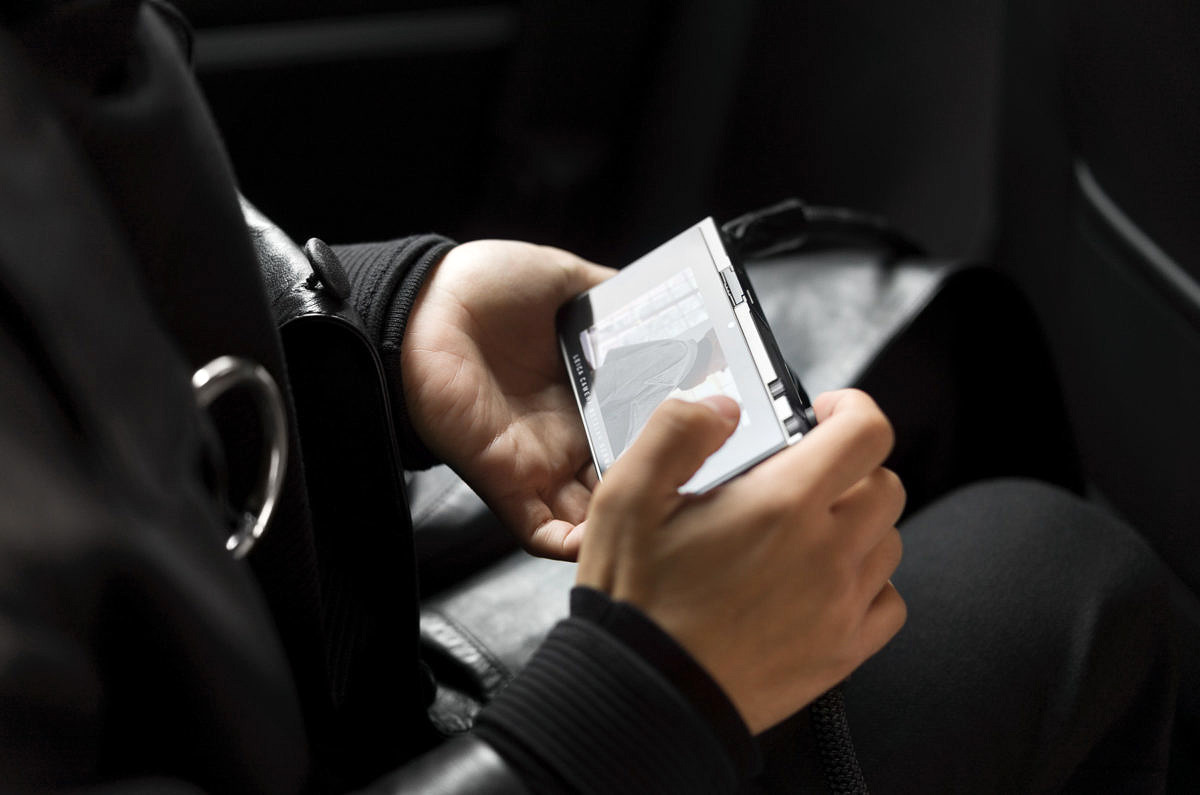 LEICA TL – MINIMALIST DESIGN & EASY TO USE
The Leica TL simplifies photography with its 3.7“ high resolution touchscreen and four physical controls. It adapts to any shooting situation and allows the user to switch between automatic and manual modes easily. The easy to use touchscreen allows the user to focus and compose a picture simply by touching the screen. With the menu clearly displayed, it makes using the camera intuitive and accessible. 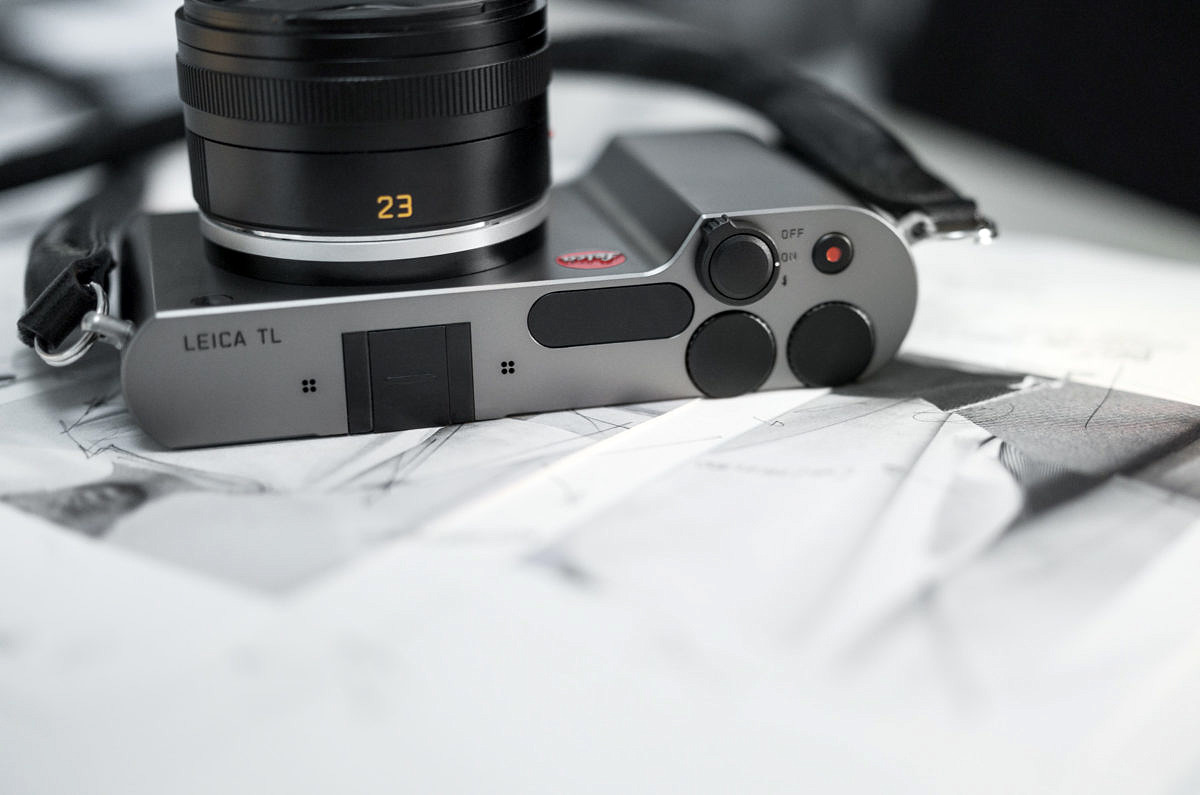 LEICA TL – MyCamera
One of the unique features of the Leica TL is it allows the user to have customizable settings under MyCamera menu. This allows the user to program the camera according to their photographic needs. These settings can be changed just as easily by long-press touching and dragging on the screen. 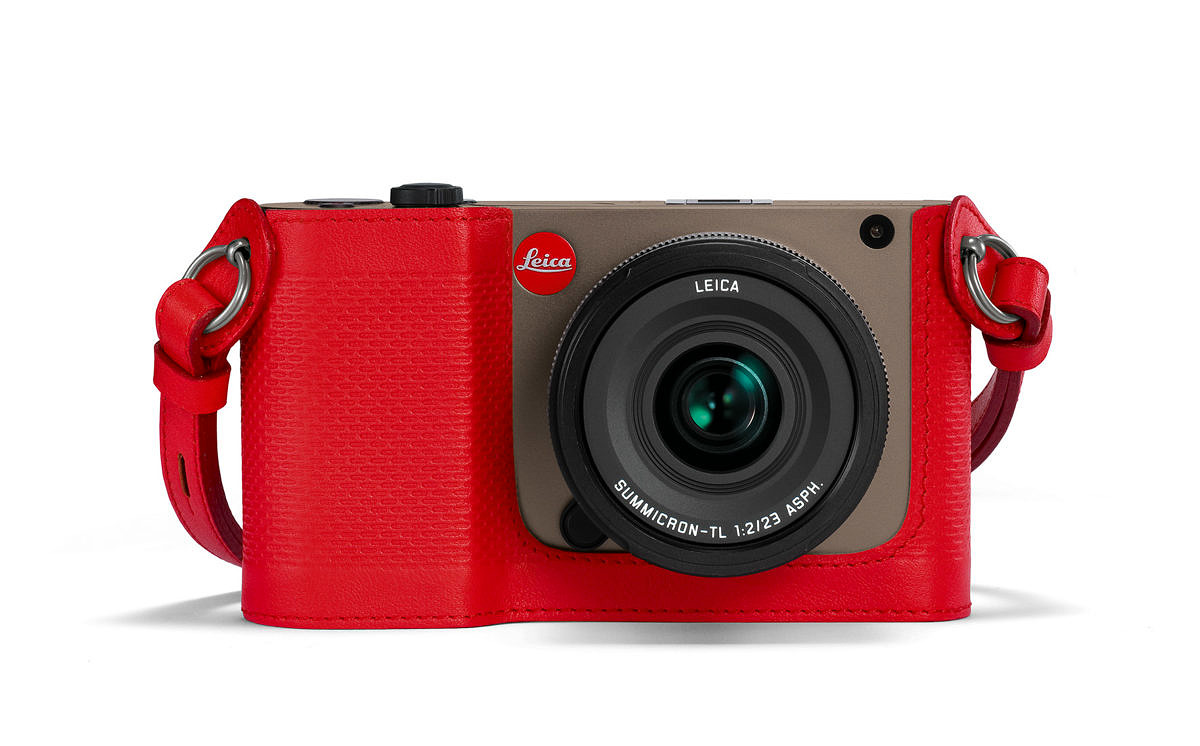 LEICA TL – BRILLIANT PICTURES
The Leica TL captures sharp, brilliant pictures with high contrast and vivid color while providing fast, precise and virtually silent focusing and displaying the image in an instant. It also allows the user to switch to full HD video simply by switching on the camera and pressing the dedicated movie button. With a built-in storage of 32 GB, the user doesn’t have to worry about forgetting an SD card. 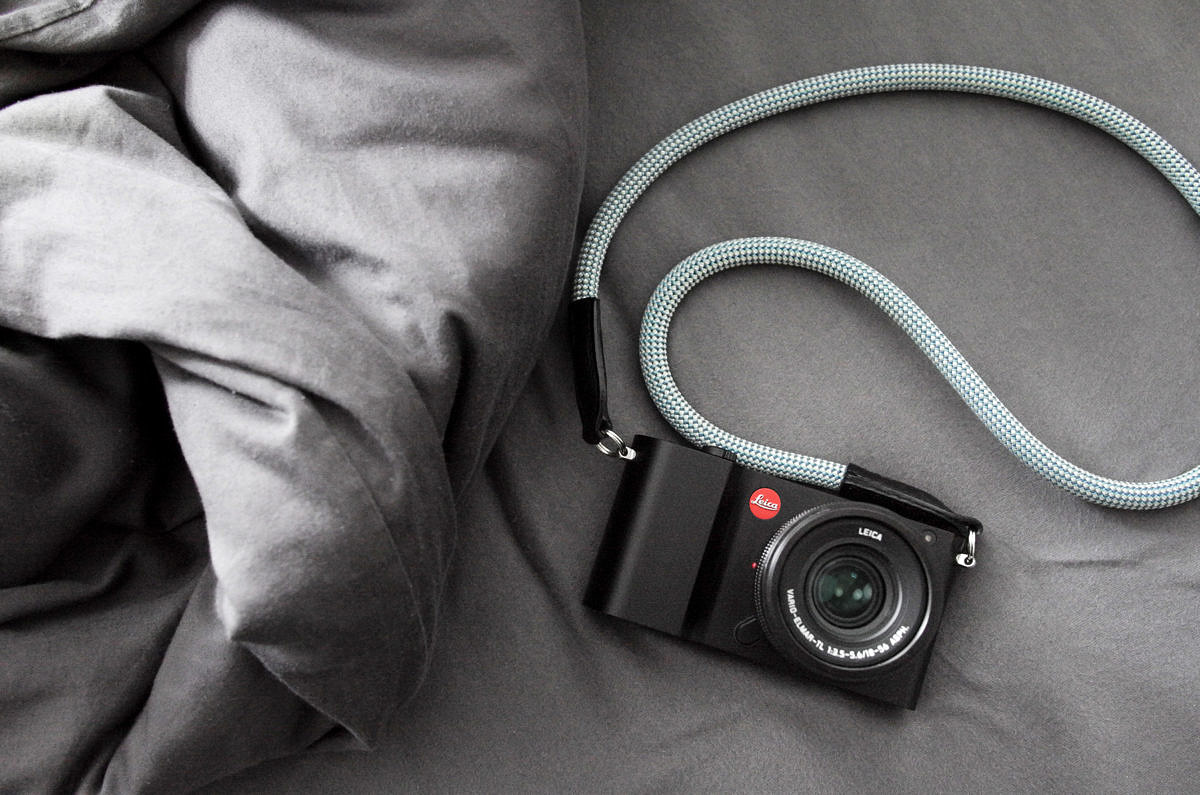 LEICA TL – SHARING IN A SNAP!
With integrated Wi-Fi, the Leica TL allows the photographer to shoot and shares pictures and videos via e-mail, Facebook and other social networks. With its wireless transmission, the Leica TL makes it possible to send pictures directly from the camera to a smartphone, tablet or computer. For iOS and Android devices, this is possible by downloading the free Leica TL app. 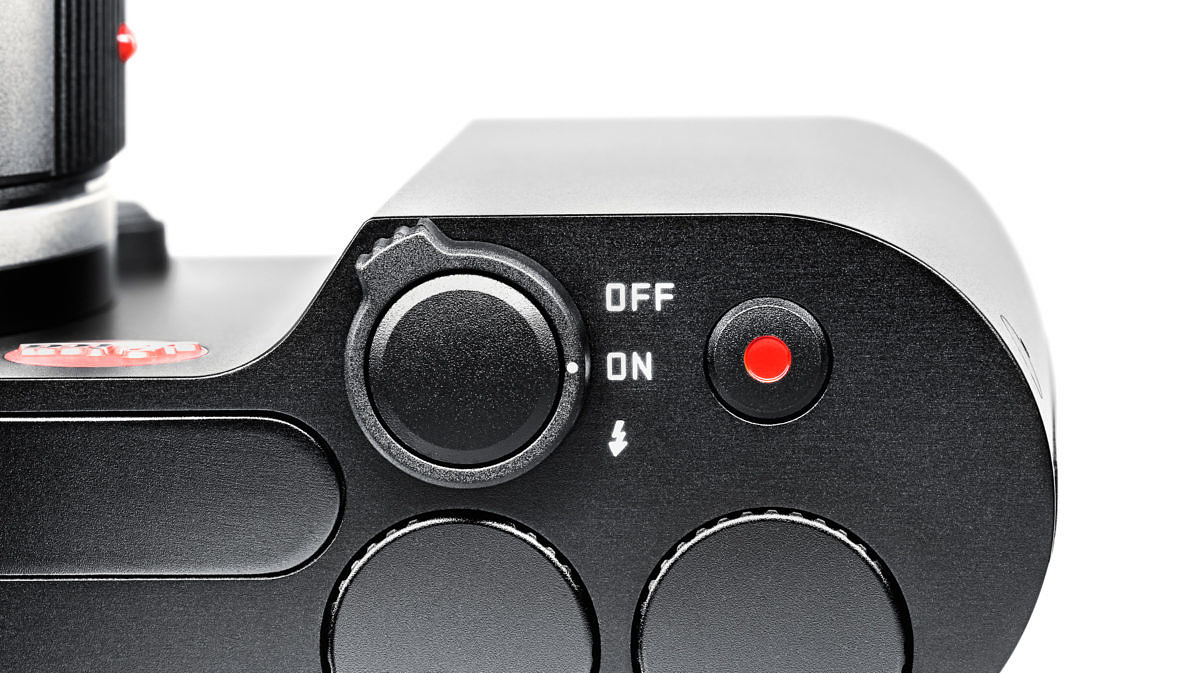 LEICA TL – REMOTE FUNCTION
The remote function of the Leica TL app allows the user to connect a smartphone or tablet to the camera wirelessly and use it as a remote electronic viewfinder for the Leica TL. This allows the user to set the shutter speed, aperture and activate the shutter release remotely. This added versatility is incredibly helpful for self timer shots, group portraits and shooting from unusual angles or from a tripod. 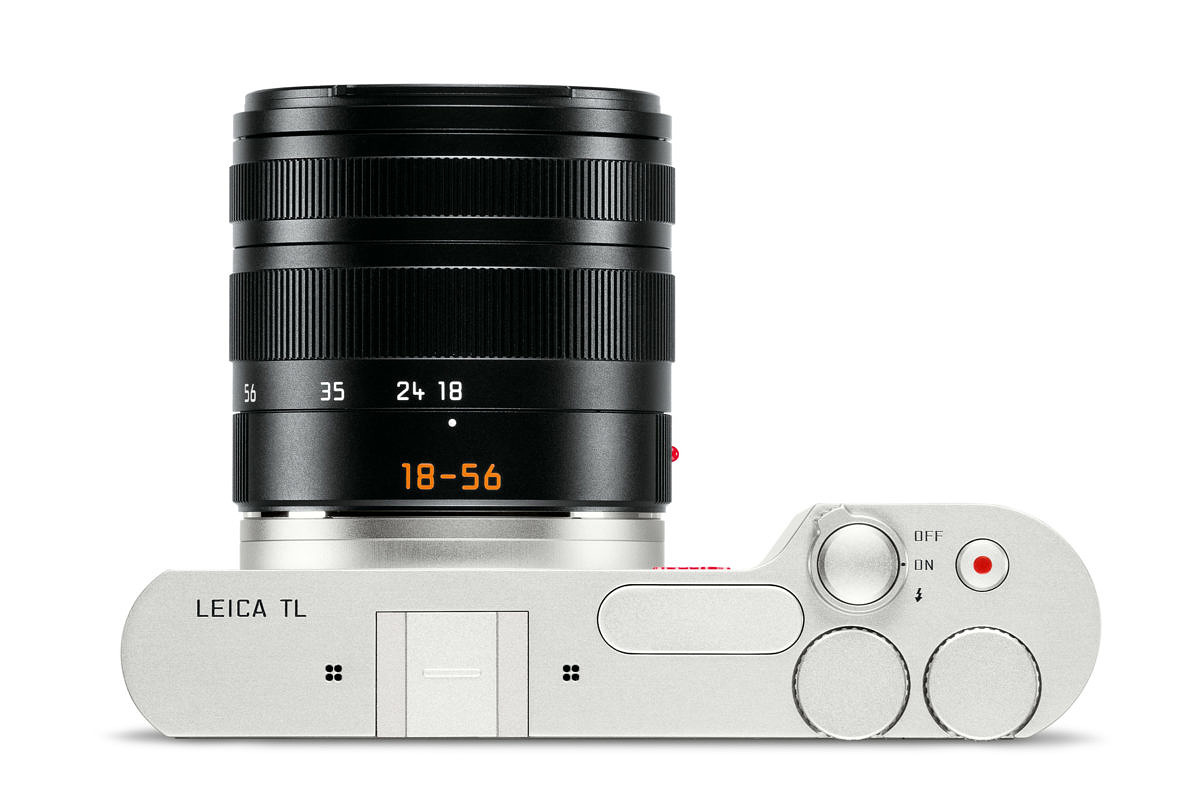 LEICA TL – LENSES
Leica TL owners have access to the TL-lens portfolio which offers a wide range of focal lengths and aperture speeds. In addition, Leica M and R lenses can be used on the Leica TL with an adapter. 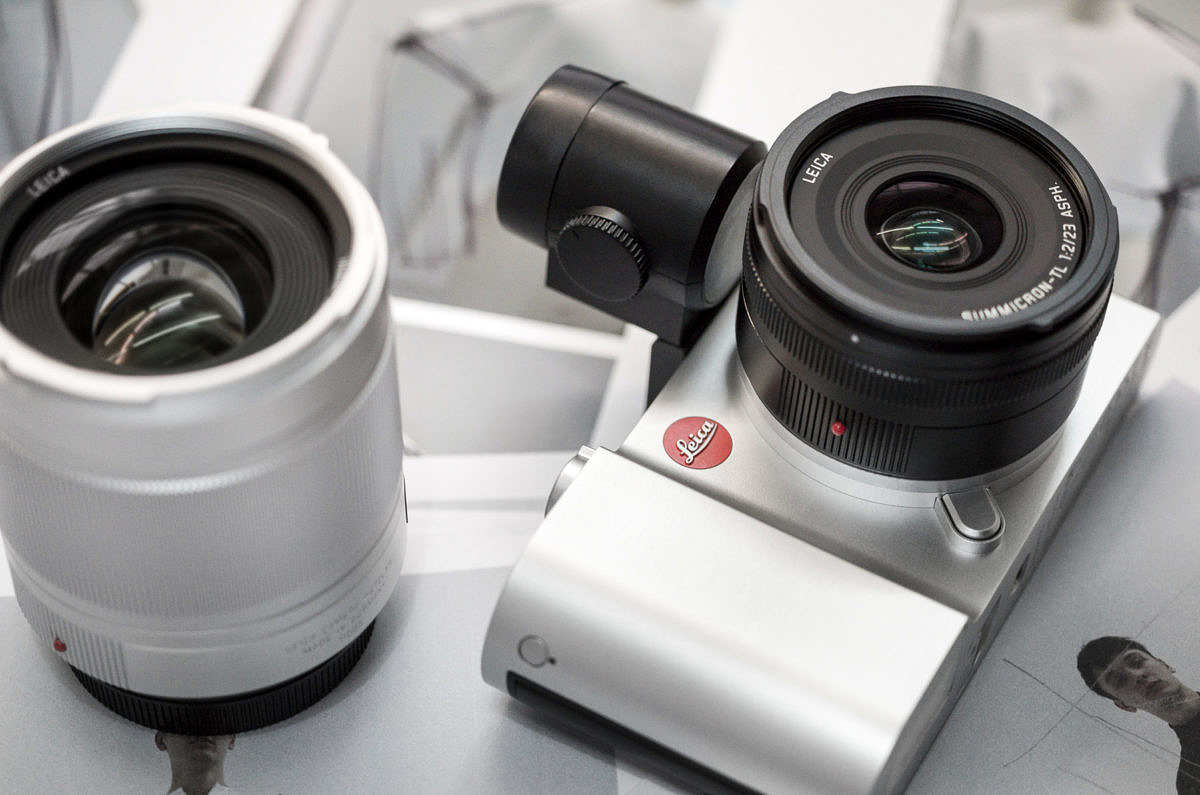