Over Memorial Day Weekend, we took a mini family vacation to Clearwater Beach, on the west coast of Florida. Many people take pictures when they travel. For me, I travel to take pictures…usually. This trip was a little different. Our plan was to just relax on the beach and sit by the pool. No hustle and bustle. No having to even think about going anywhere.Truthfully, the change was a welcome one and we all had a very relaxing time. 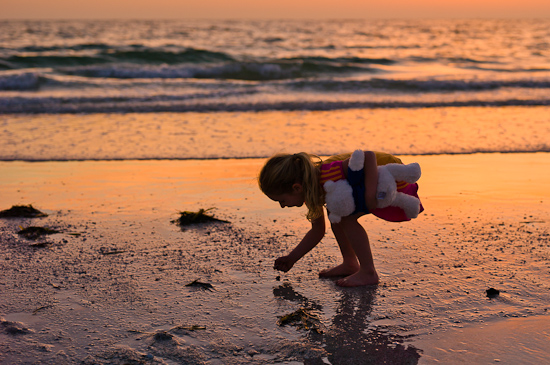 On the photography front, I would normally take an M9 and 50 Lux combo for this kind of outing – something small and flexible enough to take what I figured would be mostly family pictures. But as I was packing, I began to wonder if maybe I should leave the M9 at home and take an S2. Seemed like a bit of overkill for family photos. But, was it really?

I reasoned that an S2 with just the 70mm would be just as easy to carry as an M9 and a lens. And because we'd be around the water and sand, I figured that the weather-sealed S2 would be a better choice. Besides, the S2 has auto focus that might give me better odds capturing my four year old on the go. The final determining factor was that this trip would call for almost all daytime shooting in good light. I wouldn't need the low-light capabilities of an M9 with a fast Lux lens. Although, for what I expected to be stunning sunsets, I also took a small GT2541 2-Series Gitzo tripod.

After popping in a fully charged battery and a freshly formatted 32GB CF card, I fit the camera into a Crumpler 5 Million Dollar home with all the dividers removed. Perfect fit. I didn't bother taking an extra battery, any other memory cards, not even the charger. There was no way I'd shoot enough in four days to ever justify needing any of the extra bulk. And I was supposed to be lounging on the beach not on a photo expedition.

My wife took the D-Lux 5 as her weapon of choice, although my daughter Sophia ended up using it the most. Yes, I'm serious and she's actually getting pretty good. After the trip she asked us for a “real” camera because she realized the limitations of her old Fisher Price one and how much better Mommy's camera was. I'm not kidding. There is no doubt that she is my daughter!

So how did it all work out? Well, as usual the S2 performed like a champ. I love this camera. 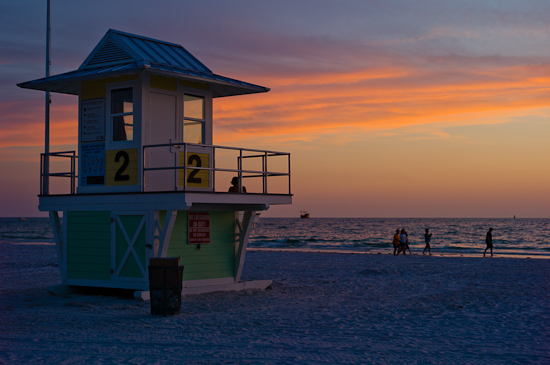 We arrived late in the afternoon on the first day and the priority was eating after being on the road for four hours. I had brought my camera bag with me to dinner, but hadn't grabbed the tripod. As we waited for the check, I could see the opportunity for a nice sunset picture quickly disappearing. We raced out of the hotel and onto the beach. I managed to get this one of the lifeguard stand, the one of Sophia looking for shells in the surf and two very low light portraits of my girls. I'm actually surprised I was able to get two for two on the portraits. 1/30th and 1/45th of a second are pretty slow speeds on the S2, and even wide-open at 640 ISO they are tack sharp. 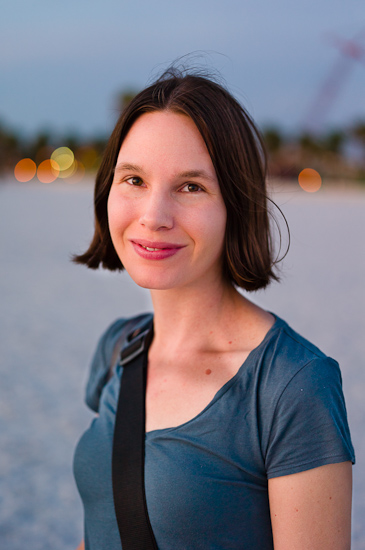 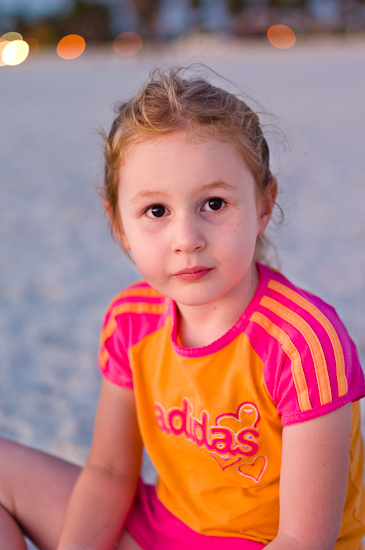 Sophia and I had a little fun together at the pool one day. She was jumping into the kiddie pool splashing and having a great time. Like any responsible parent, I encouraged her to jump some more so I could take her picture. I prefocused on her landing spot on the surface of the water, recomposed and gave her the go-ahead. This is one reason I set the rear thumb button to AF. This way, I can shoot as much as I want without the camera refocusing when I press the shutter release. Immediately after soaking me (the kiddie pool was only the size of a large hot tub and I was sitting on the other side), she waded over to see what I got. “Let me do it again! Take more pictures.” I wasn't going to argue with that, so we shot a good assortment and admired the results. I did have to take a break to wipe all the water off the lens – too many spots and chlorine leaves a hazy residue. I guess the weather-sealed camera was a good idea, after all. 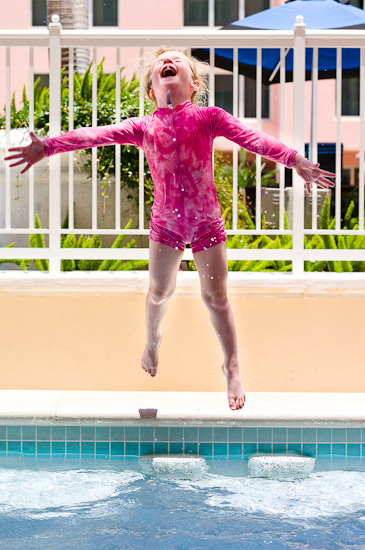 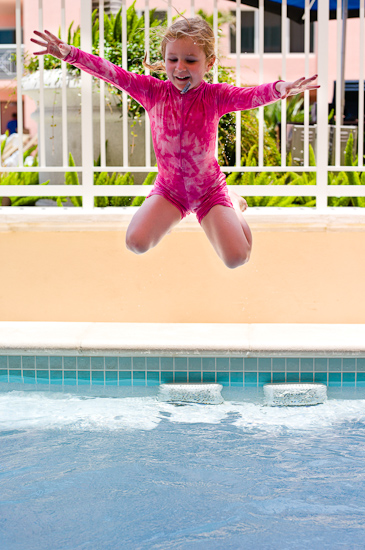 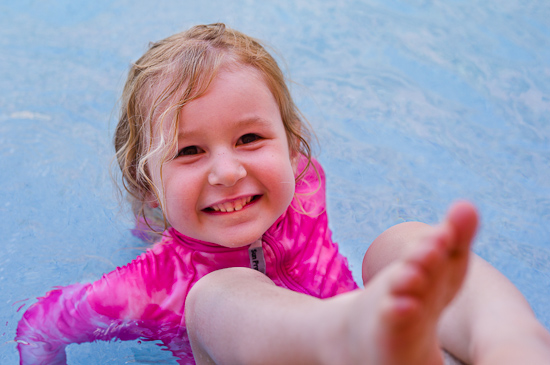 Here's another from the pool area, this time looking up. Always look up and around you to find different angles. Admittedly, I saw this trellis from my lounge chair while sipping a Mojito. Hey, I was on vacation. 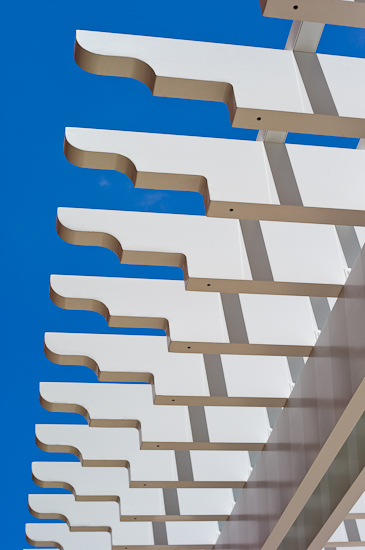 The following day's sunset was much more productive thanks to some advance planning (not much, admittedly). Ah, what a difference a tripod makes. I wandered through the dunes and tried my hand at some shallow DOF shots of the reeds. And as I came down from the dunes, I saw that the afternoon light was just gorgeous on the yellow lifeguard stand against the blue sky to the East. 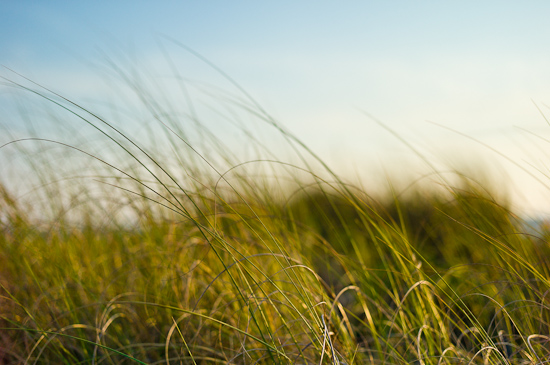 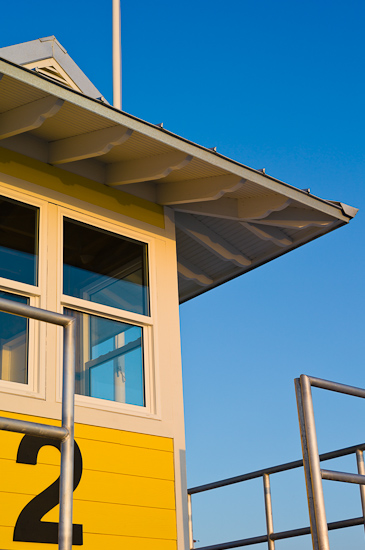 As the sun was going down, people were packing up their beach toys and coolers, and a few like this family were getting in one last swim for the day. I really like this shot with the abandoned sandcastle in the foreground and the slightly out-of-focus background. 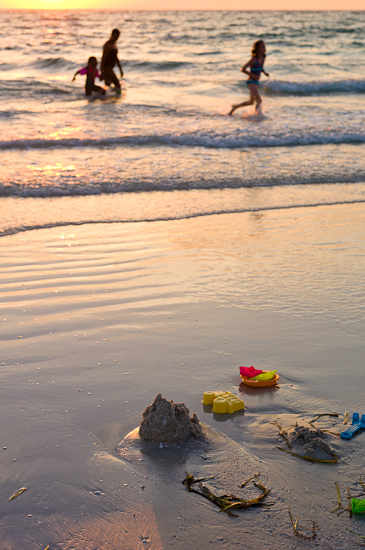 I set up my tripod and was thinking about coming up with something a little more interesting as sunset rapidly approached. A large sailboat was making its way across the horizon and I saw my opportunity. After taking a couple test shots to make sure my exposure was on, I waited for the boat to fill my composition. The boat was moving at a pretty good pace so I knew I only had one shot, literally. Truth be told, I think I waited a split second too long and missed the exact moment I was hoping for, but in review I am actually very happy with the result. This shot would also have been better with the 180mm, but again, I am satisfied. I did do a little cropping on the final image. One of the best things about having 37.5MP is that even cutting the resolution in half, I could still make a great 20×30 if I wanted to. 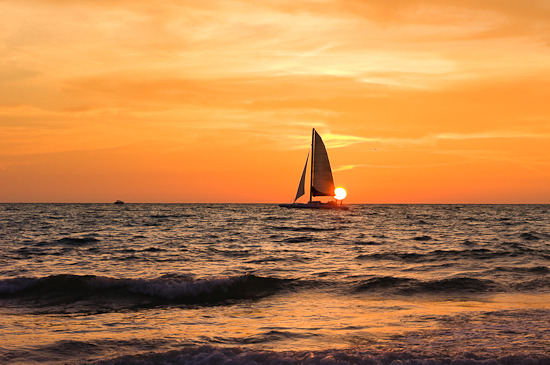 I actually prefer the time just after sunset to the actual sunset. The colors are just so amazing and only enhanced by longer exposures. I experimented a bit with showing motion and softening the surf. The second shot is actually a crop of a wider shot, again with plenty of resolution remaining. With a 120 or 180, it would have been perfect full-frame. 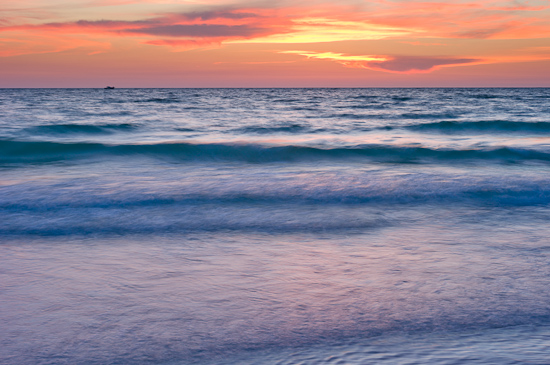 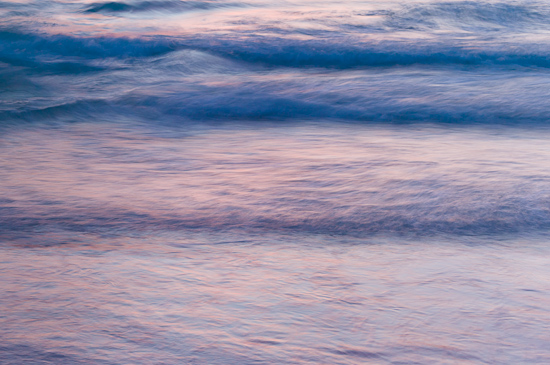 Shooting at sunset, once the light is gone and darkness sets in, most people pack up and head home. Well, they are missing some of the most magical conditions for photography. I experimented with a range of shutter speeds from 4 sec to 32 sec, with my favorite being this one here at 24 sec. Some non-photographers passing by on the beach saw the image on my LCD and asked with wonder how the picture looks like daylight (his words, not mine) when it was almost totally dark. I tried to explain long exposure, but he settled on the fact that I must have a really good camera. Oh well. 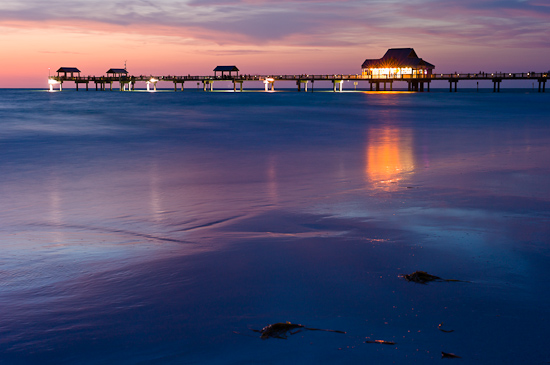 On our final day before heading back, we hit the beach again. The weather was just perfect with the sun shining and the clouds at bay. Sophia got all pinked up and got down to the business of sand castle building. 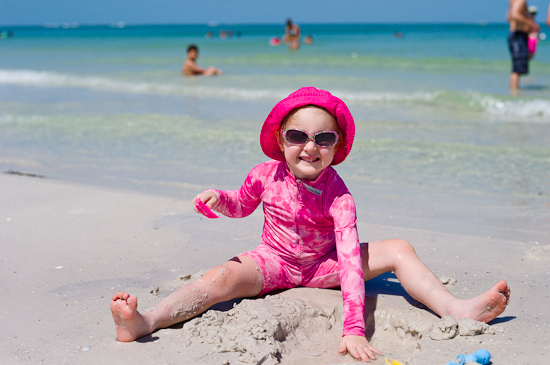 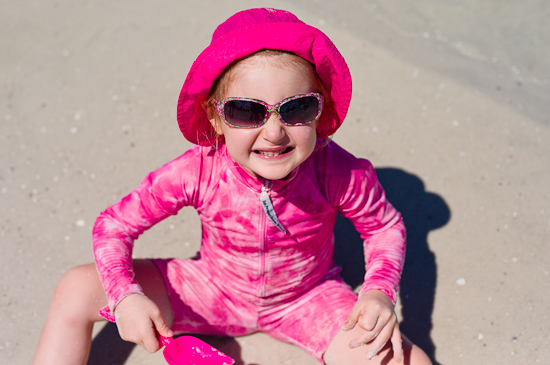 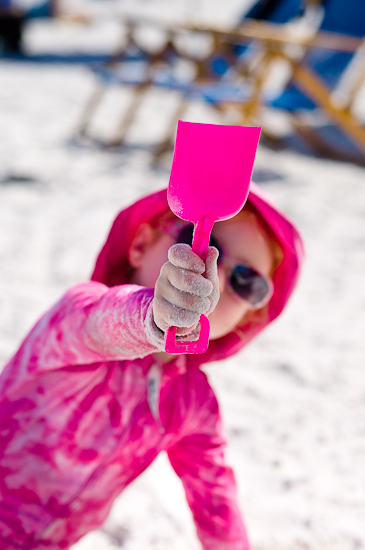 When all was said and done, the S2 was the absolutely perfect choice for this kind of shooting. I didn't stress out when the camera was covered in sand (blew it off with compressed air when I got home) or when splashed by sea water or pool water. Once you get accustomed to using the S2 it's really hard to use anything else, even when most people would just use a point and shoot. But, hey, I'm not most people and I ended up with some really print-worthy shots on an outing where I figured I'd just be laying by the pool.

Tech notes: All images were processed from Compressed DNG to JPG in Adobe Lightroom 3.4.1. No other edits were done outside of Lightroom.