Yesterday's post, the lack of sleep over the last few days and general jet lag finally caught up to me. I had to give in and relent to sleep and taking it easy today. I regret having to sit today on the bench as I have a lot on my agenda and there are a ton of products I want to try out. Tomorrow I’m getting an early start and will be at the show when it opens. But today wasn’t a waste at all. Read on for more.

I did eventually get to the show in the early afternoon and had some meetings at Leica (been having a lot of those recently). After which I ran into Peter Karbe and Justin Stailey. You may recognize Justin from the myriad of video interviews circulating around cyberspace right now. Peter apologized for leaving the MTF charts for the new S lenses at his hotel and promised to bring them tomorrow. If I get permission, I will try to post these.

I asked him about the MTFs on the new M lenses. Sure. He had those handy and asked if I’d like to see them. I thought he’d bring me a slip of paper to look at in the booth, but he said to follow him to the VIP lounge so he could get an espresso. We sat down. He got his espresso. Then, Peter proceeded to enlighten me not only to the new M lenses, but give me an education in optical design. This was unbelievable. Peter Karbe, the head optics designer of Leica spent over an hour with me, one on one, answering any questions I had (which were a lot), letting me in on what happens behind the scenes and his approach to lens design. Few people get an opportunity like this to talk to an individual who quite literally is the foremost expert on optics in the world right now. Anything else that I had planned could wait. This was truly exciting.

I don’t take notes, but maybe I should have started today. The amount of information that was doled out was just mind-boggling.

First, we discussed the new lenses. The 24mm Elmar is quite possibly the best performing 24mm they have ever made. The MTFs are just stellar from wide-open on. Apart from the 2/3s of a stop, this new lens trounces the legendary 24 Elmarit. No one is talking about this lens right now, but I guarantee that when people start shooting with it, they will fall in Leica love. The 21mm Summilux is also outstanding. By 2.8 it also bests its 21 Elmarit brother. The new Noctilux 0.95 has much less curvature of field, color aberrations and vignetting than the classic Noct. Wide-open, Peter said it should exude the same look and feel as the classic and stopped down to 2.8 the MTF starts to look like the 50 Lux.

From sitting with Peter you really get the feeling that these lenses are his children and he is a proud parent. Talk of certain lenses puts a small smile on his face and a glint in his eye. Then, he’ll go on about why it is special and unique. For instance, many know of his many years of work on the 50mm Summilux ASPH. He is extremely proud of this lens, pointing to the MTF chart and exclaiming that wide open at f/1.4 it resolves 40lp at above 50%. He went into how he came up with the modified special double gauss design and how the back half of the lens is identical to the 35mm Summilux ASPH, while the front half is identical to the 50 Summicron. This was the secret to achieving such performance in a fast 50. Then, he said that one Saturday morning over his first cup of coffee in his kitchen he thought about Mandler. Apparently, after Mandler designed the Noctilux, he used the same design to build the 75 Lux. And becuase the 75 Lux wasn't one of Peter's favorite lenses, he decided that he needed to design a new 75 based on the 50 ASPH design. Shortly thereafter, keeping everything the same, except for removing one lens element in the first doublet behind the central ASPH element used to correct for aberrations caused at 1.4, he minted the design for the 75 APO Summicron ASPH. I asked if the design was the same why the 75 was an APO lens and the 50 wasn’t. Here is a bit of a shocker… the 50 lux ASPH is an APO lens, containing an APO correction element. But, he thought the idea of an APO 50 was a bit silly so they never put it on the lens or in any marketing materials. 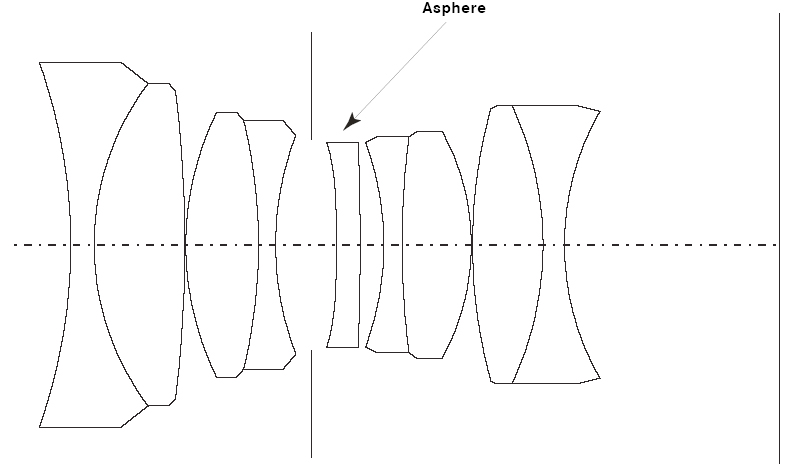 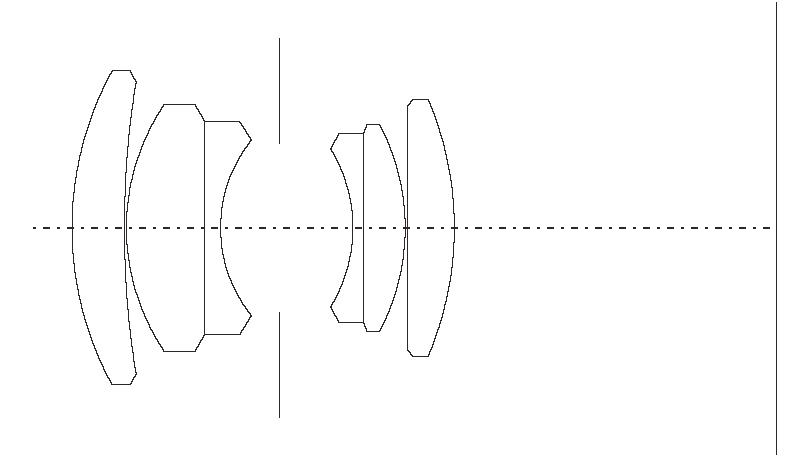 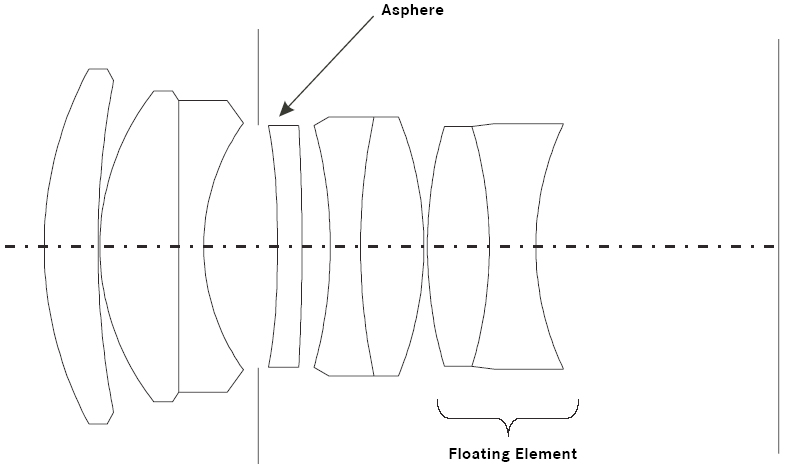 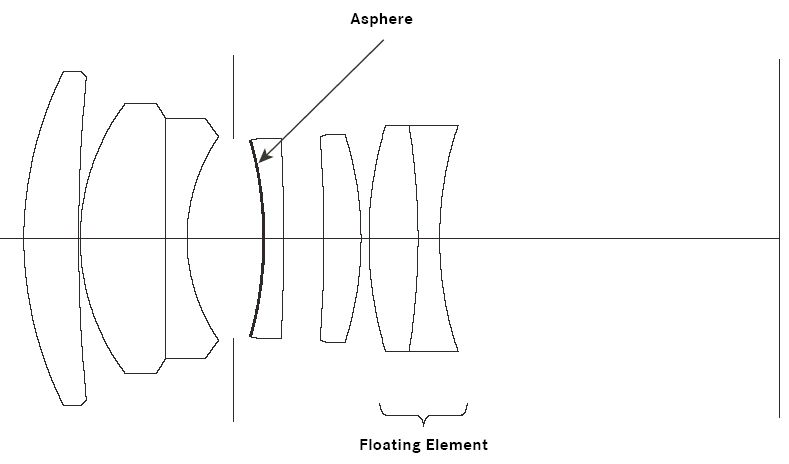 He really believes in revisiting the past for inspirations on the future. Peter said that he often thinks about what his predecessors from decades ago would do with today’s technology. This was his inspiration with the Summarits. Classic designs with a modern twist. He studies and claims (who would doubt him) that he is familiar with the designs of almost all of the Leica lenses made to date. He has his favorites as well as examples that were not so successful.

According to Peter, the great leaps in lens design were brought about by technological advances. The first was with new types of glass, then with coatings, followed by computer modeling, and now just recently, advances in mechanical design and manufacturing. This is why the S lenses and the new 21 Lux are as lightweight as they are. A lot of attention is now being paid by the design team to the manufacturing process. Karbe has organized small design teams in his fast-growing department to be more efficient and productive. An optics designer is paired with a mechanical designer and a production manager to develop the entire product, not just the optical path. Handling, feel, ease of manufacture, and consistency in quality control are equally important to imaging performance. Also, by using more shared designs and more common components, more lenses can be brought to market faster. The 35 and 50 Summarit. The 75 and the 90 Summarit. The new 21 Lux and 24 Lux are all examples of this. With the 21 and the 24, one designer did both lenses simultaneously as they are fundamentally the same optical formula.

Another interesting thing I learned was that Leica started using computer-aided modeling back in the 1960’s before anyone else. Since that time, they have had their own proprietary software (kept up to date, of course) based on calculations made at Leica over the last 100 years. He says this is one of Leica’s real advantages that no one can copy. The foundation of knowledge and expertise is handed down from each generation of lens designers to the next. The Leitz Glass Works has also been invaluable in learning about new formulations and the handling of exotic glass elements. These latest exotic glasses require a great deal of care in handling. Much like a piece of raw steel, this glass reacts adversely and rapidly with gasses in the air. They use a wet to wet to wet process in Solms, whereby the glass moves through the grinding, polishing and coating steps in one go, not spaced or binned. This is crucial to maintain the performance of these expensive elements which can cost more per ounce than pure silver.

We talked more about how the type of glass for certain lens elements are chosen and how, based on his experience, he just knows what effect this will have on aberrations. We discussed the trade-offs lens designers have to make and how MTF only tells part of the story. I can also read an MTF chart much better now, as he explained this in depth as well. And, we drifted to the future and possible new designs and challenges faced with having lenses for three different product lines.

After his second cup of espresso I told Peter that since I wasn’t taking notes I might only be able to recall 30% of what he told me. Of course, at just 30% I think I know at least three times what I did about Leica optics design. What a great opportunity. How often do you get to pick the brain of someone at his level? I realize that I am fortunate to have had this opportunity. Later, when I told Justin about my private lesson, he smiled at me and said that it doesn’t happen very often. Very cool.

What’s your favorite thing about the new Leica M

We’ve got just about anything you’re looking f