Today, Leica has released a major new firmware update for the SL (Typ 601): Version 3.0. This firmware incorporates a considerable number of new features, enhancements, stability improvements and bug fixes. Before we dive into all the details, you can click this link to download the firmware:

If you are unsure how to update the firmware on your Leica SL, our 3 minute video below will guide you step-by-step.

If you'd like to get the quick overview of the biggest improvements in firmware 3.0, check out our short video. For full explanations of each change, be sure to read on, where I go into each one in detail.

To start with, here is the official list of features and fixes, from Leica:

Up to 35% faster writing DNG files to SD card

That is a lot of new features! There are a few that are quite significant which we can examine in further detail. 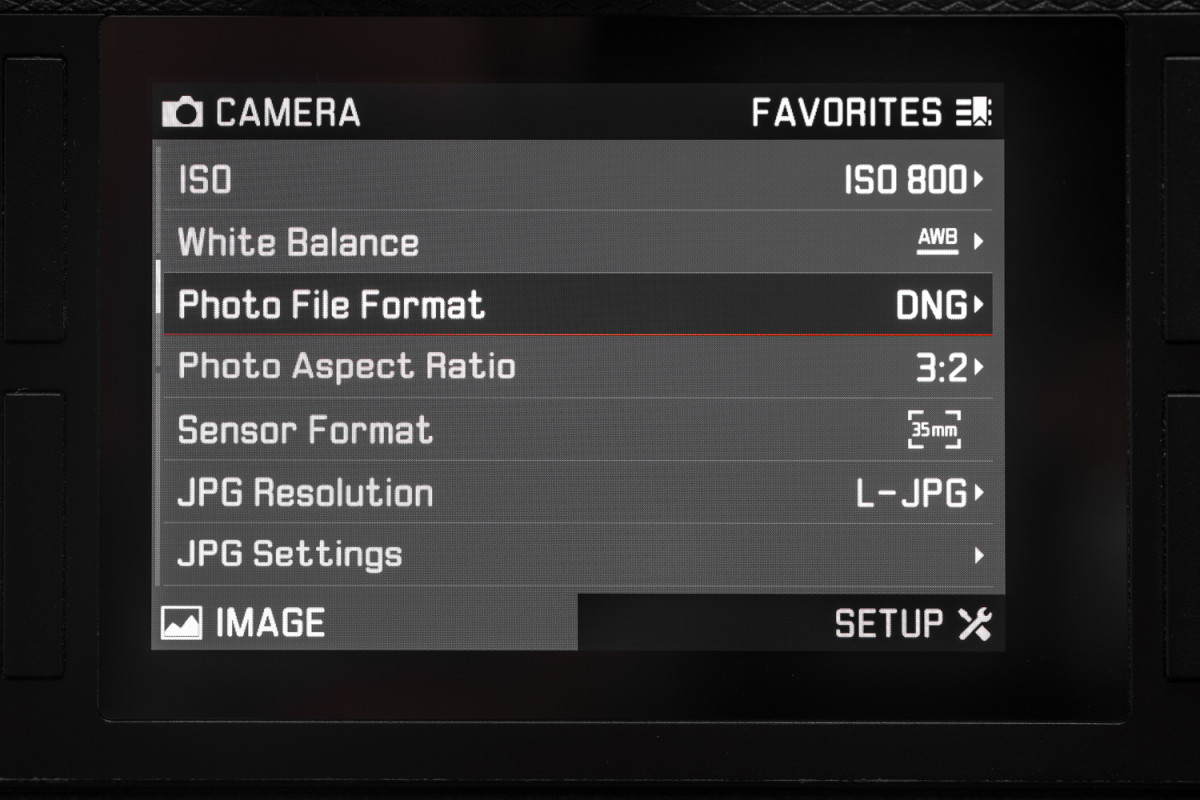 With version 3.0, Leica has dramatically decreased the write time for DNG files onto the SD card. Testing here with a SanDisk Extreme Pro 32GB SDHC UHS-II 280 mb/s, we  found that with firmware 2.2, a high-speed burst of 34 images (filling the SL’s buffer) clears out in 42 seconds. That time was reduced to only 28 seconds with firmware 3.0; a 40% improvement! 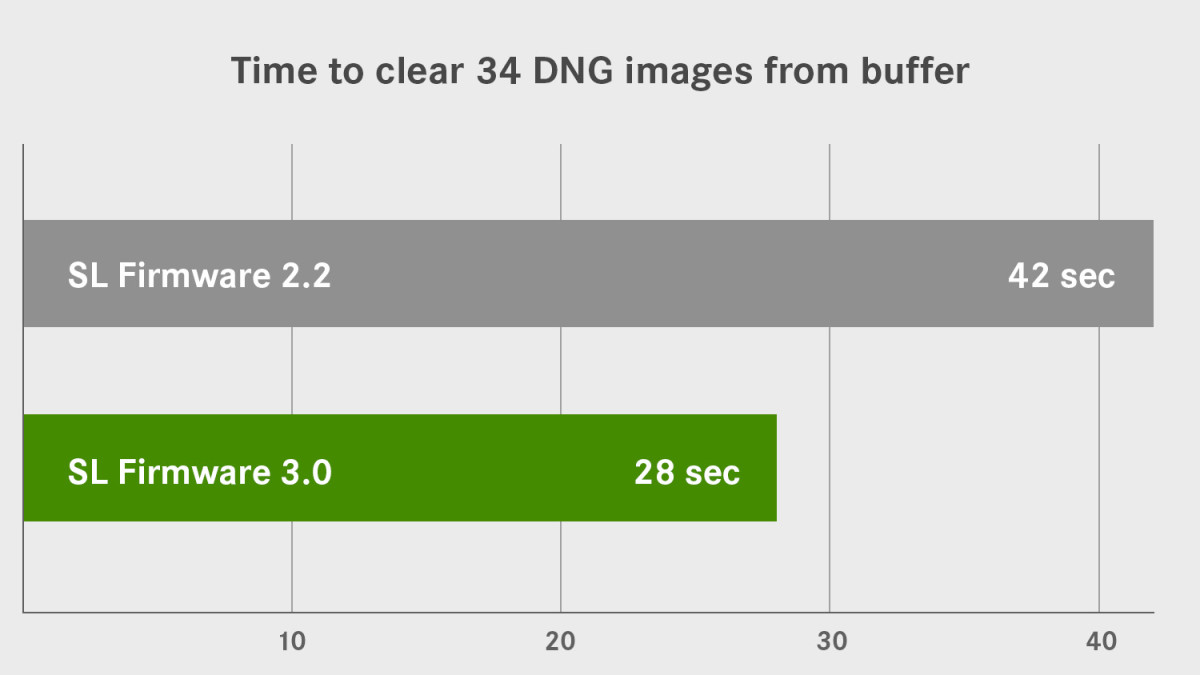 This is great for sports photographers or anyone who often shoots in the SL’s continuous shooting modes; especially the 11 frames-per-second high speed mode.

In the last major firmware update for the SL, version 2.0, Leica introduced the electronic shutter option for shooting at speeds faster than 1/8000th of a second. A side benefit of that function was a completely silent shutter, but only at those faster speeds. Now with firmware 3.0, there are three modes for the electronic shutter. 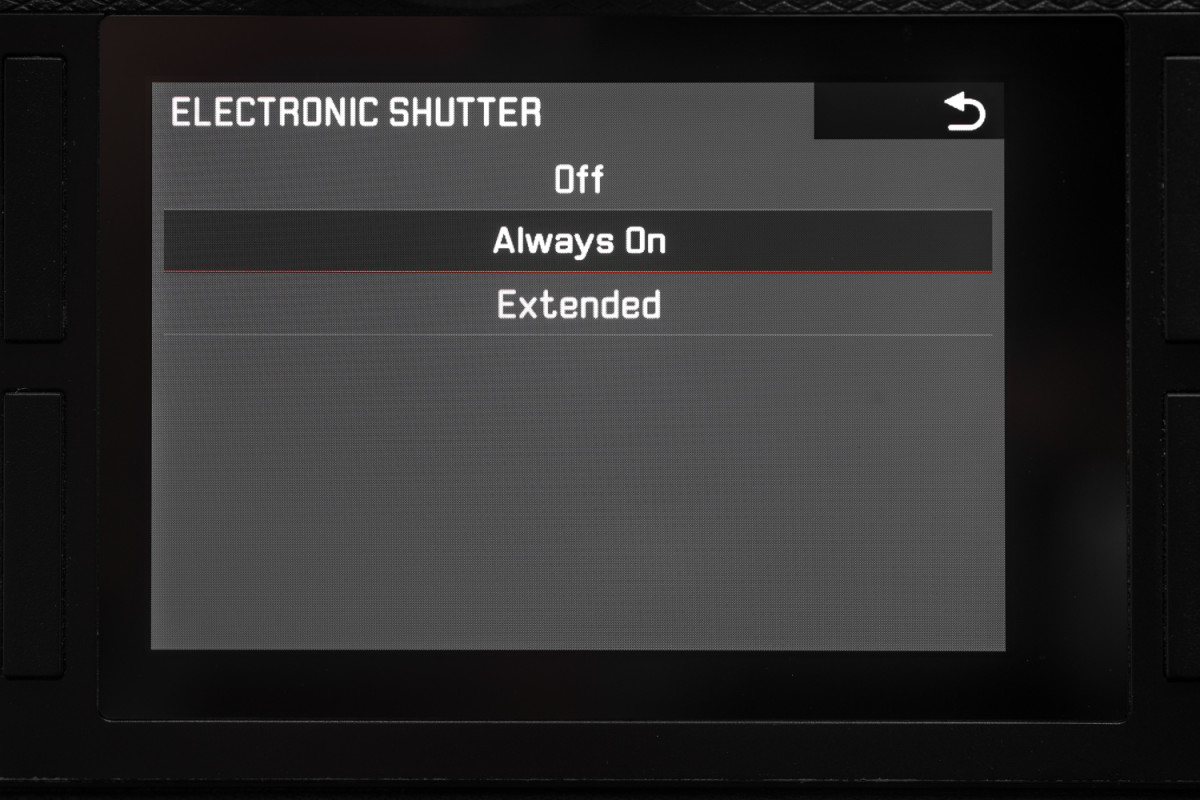 It is important to be aware of a major limitation when using an electronic shutter. You do not want to use this feature if you are shooting anything that is moving rapidly. If you do, you will experience a “rolling shutter” effect where your subject will be “stretched” across the frame. This is due to the way that CMOS sensors work; each row of pixels is first activated then deactivated for an exposure in a sequence, not at all at once. Therefore if your subject is moving across the frame as the rows of pixels are capturing the scene, your resulting image will have what is sometimes called a “jello” effect.

Given the SL’s dual SD card slots, the omission of this feature from Day 1 is surprising but finally in firmware 3.0 you can record a DNG file to one SD card, and a JPEG file to another. This is especially handy if you are using the camera’s Wi-Fi functionality to transmit images to an iOS or Android device, as you can easily navigate to the second SD card slot to grab any JPEG images you may need to transfer. 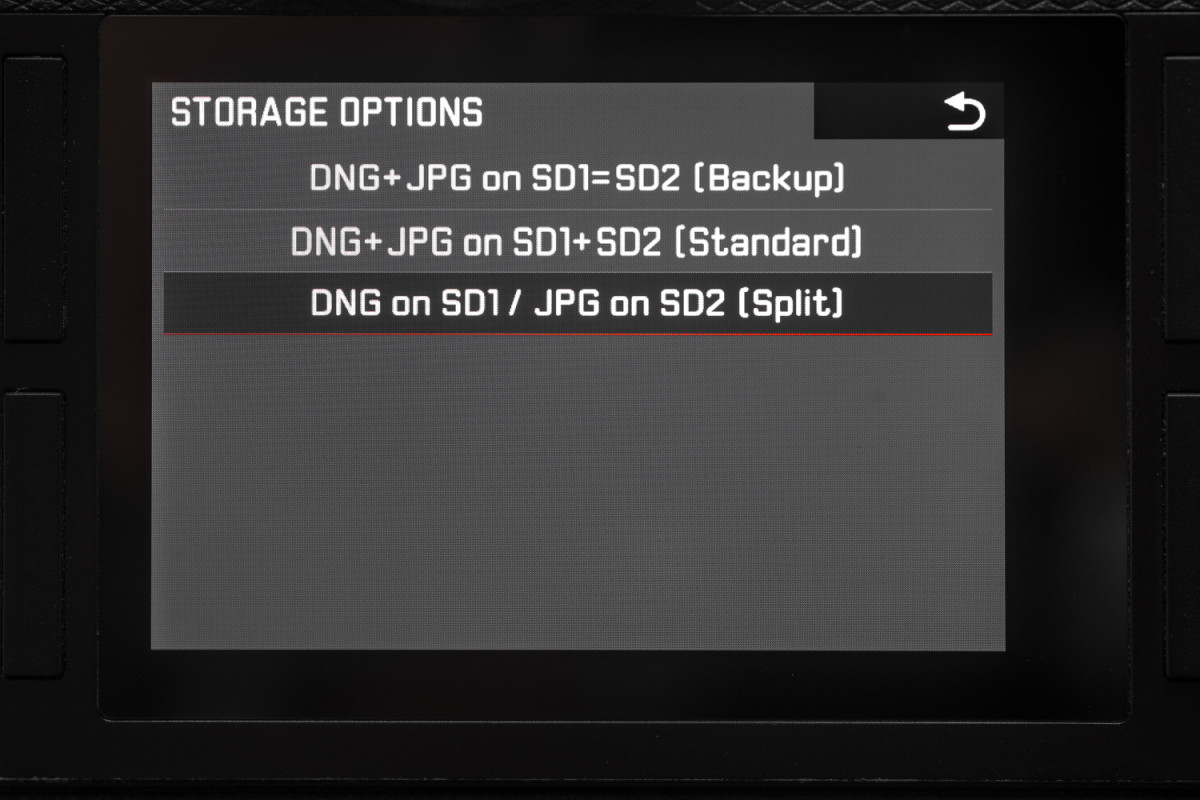 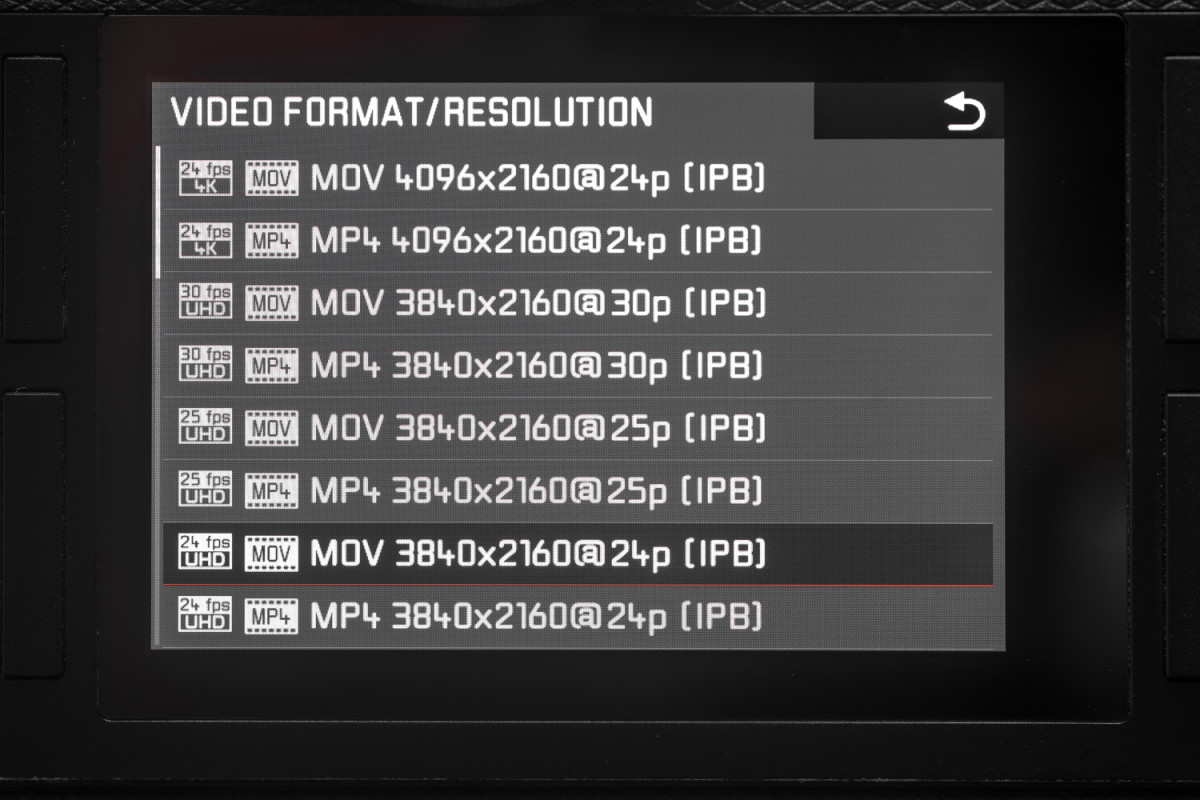 The SL’s autofocus was already pretty quick, but firmware 3.0 shortens the focus reaction time, improves the tracking performance and upgrades continuous autofocus in video mode. In addition, firmware 3.0 also includes new lens firmware for the Vario-Elmarit-SL 24-90mm f/2.8-4.0 ASPH and APO-Vario-Elmarit-SL 90-280mm f/2.8-4, which increases the accuracy of the autofocus when tracking subjects coming straight at the camera.

The SL’s Exposure Preview function is very handy for checking what your exposure is going to look like before you take a shot. Simply press the shutter halfway, and the camera simulates the resulting exposure. However, if you are shooting in a studio with strobes, working in manual mode, most likely the proper exposure for the lighting setup would give you a totally dark preview when the shutter is pressed halfway. In the old firmware, you would just turn exposure preview off, but then you would be giving up that functionality if you wanted to shoot any available light photos. Firmware 3.0 now gives you two settings for exposure preview. PAS keeps it on in program, aperture priority and shutter priority mode but disables it in manual mode. PASM activates it in all shooting modes including manual. 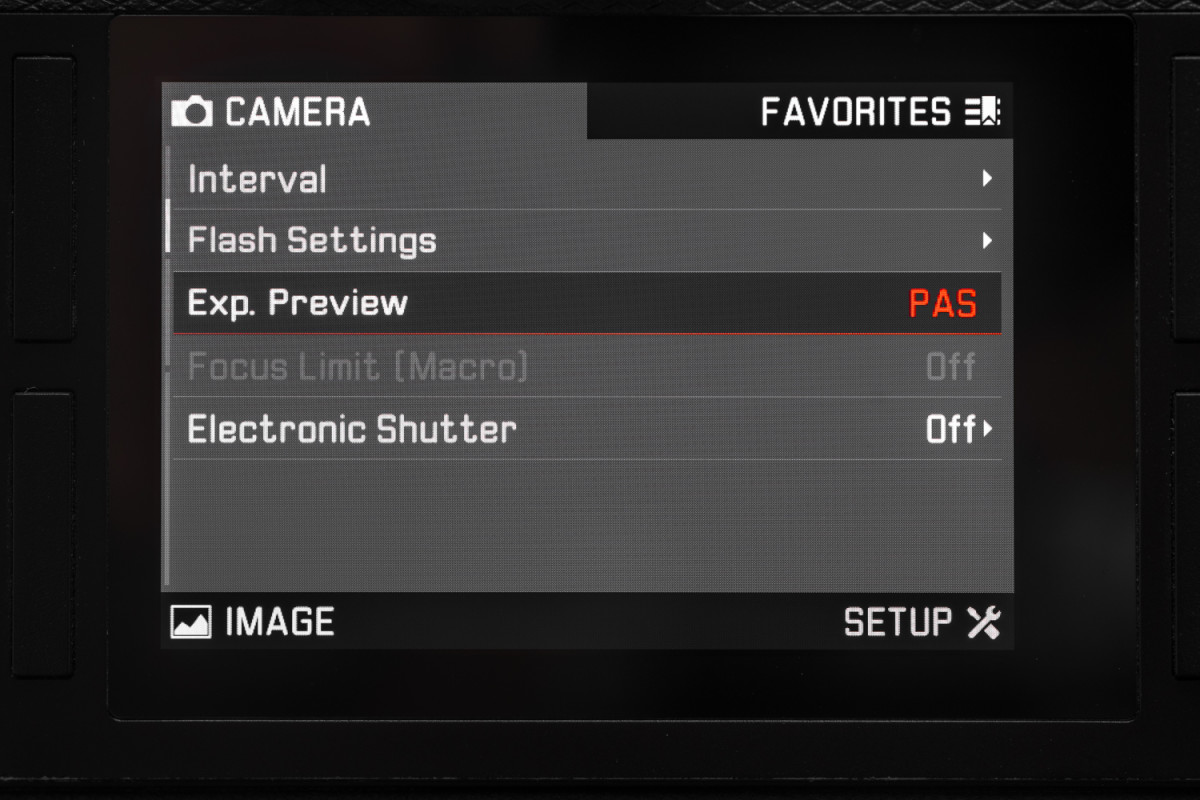 A minor, but odd quirk of the SL was Leica’s decision to call the mode where you set the camera’s shutter speed and the camera figures out the aperture “time priority” mode, when usually this is referred to as “shutter priority” mode. Nearly all cameras have the shooting modes “PASM but the SL had “PATM.” Firmware 3.0 fixes this; now “S” shows on the top LCD when you are in shutter priority mode instead of “T.” 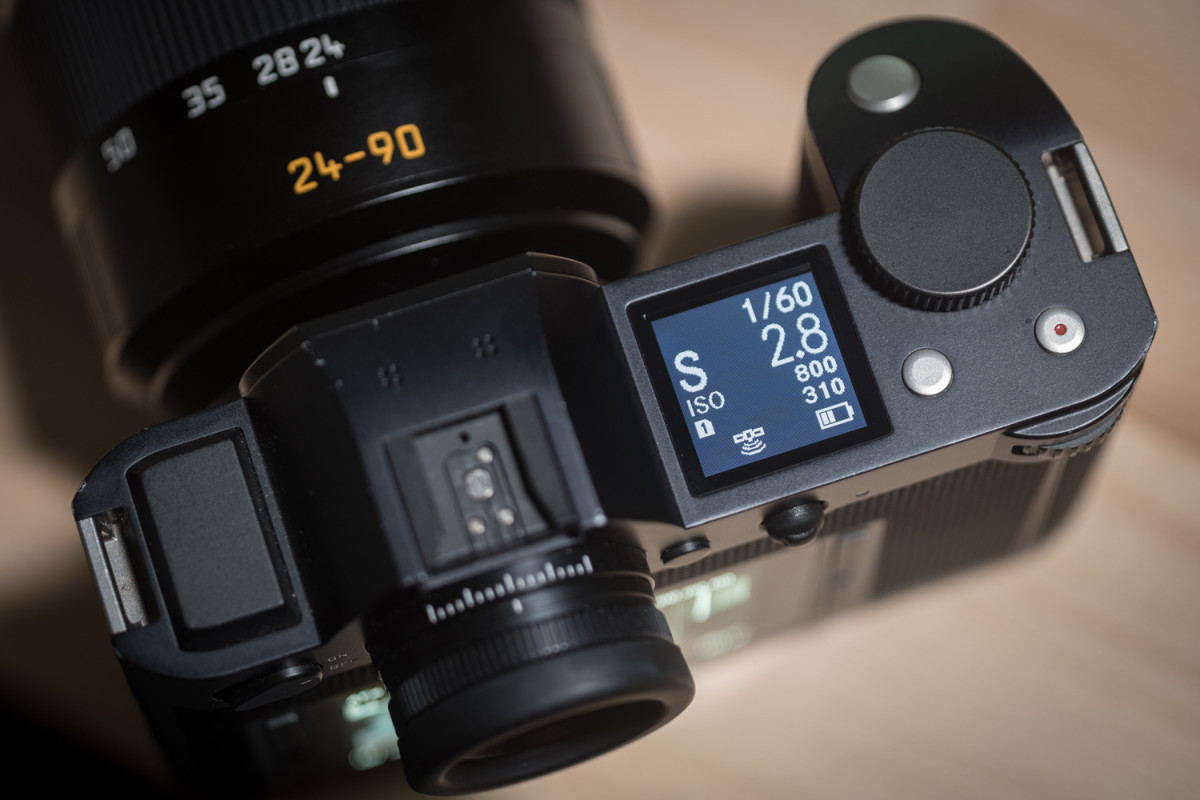 Once you zoom into an image during playback with firmware 3.0 installed, that zoom position becomes “sticky” and the camera remembers it every time you zoom back into that image, or any other image on your SD card, until you either move the point around with the joystick or touchscreen, or power the camera off. At first this feels a bit odd, but if you are shooting a series of images where the subject is not moving, it makes checking your focus much faster than having to move back to your focus point every time. Of course it would be cool if the SL could automatically zoom in to wherever you focus point was set, but this is a good start! 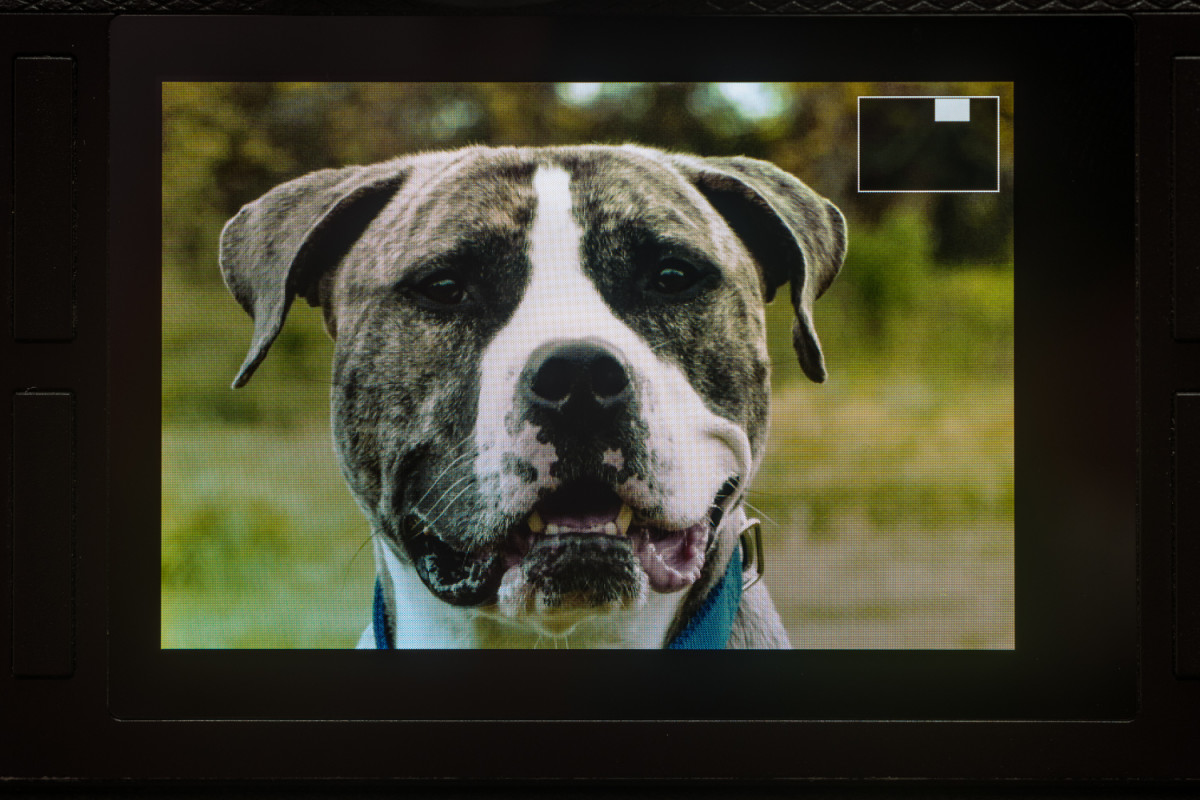 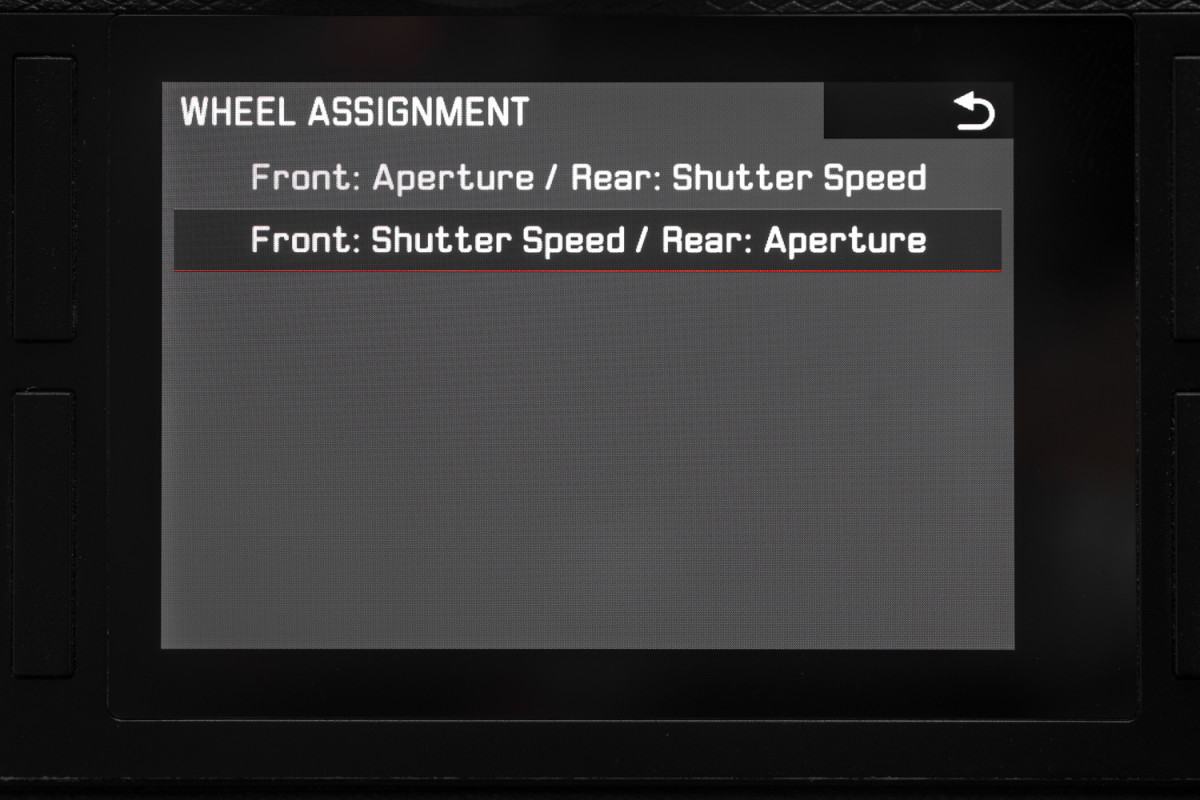 The SL has a handy focus tracking feature called Dynamic Mode, which keeps the focus point on your subject even as it moves around the frame. For as long as you keep the shutter halfway pressed, the camera will do its best to maintain sharp focus on the subject you are shooting. However, as soon as you take your finger off the shutter, the camera leaves the focus point wherever it last tracked your subject. This can be frustrating if you are going to shoot something else, because you don’t really know where the focus point ended up. 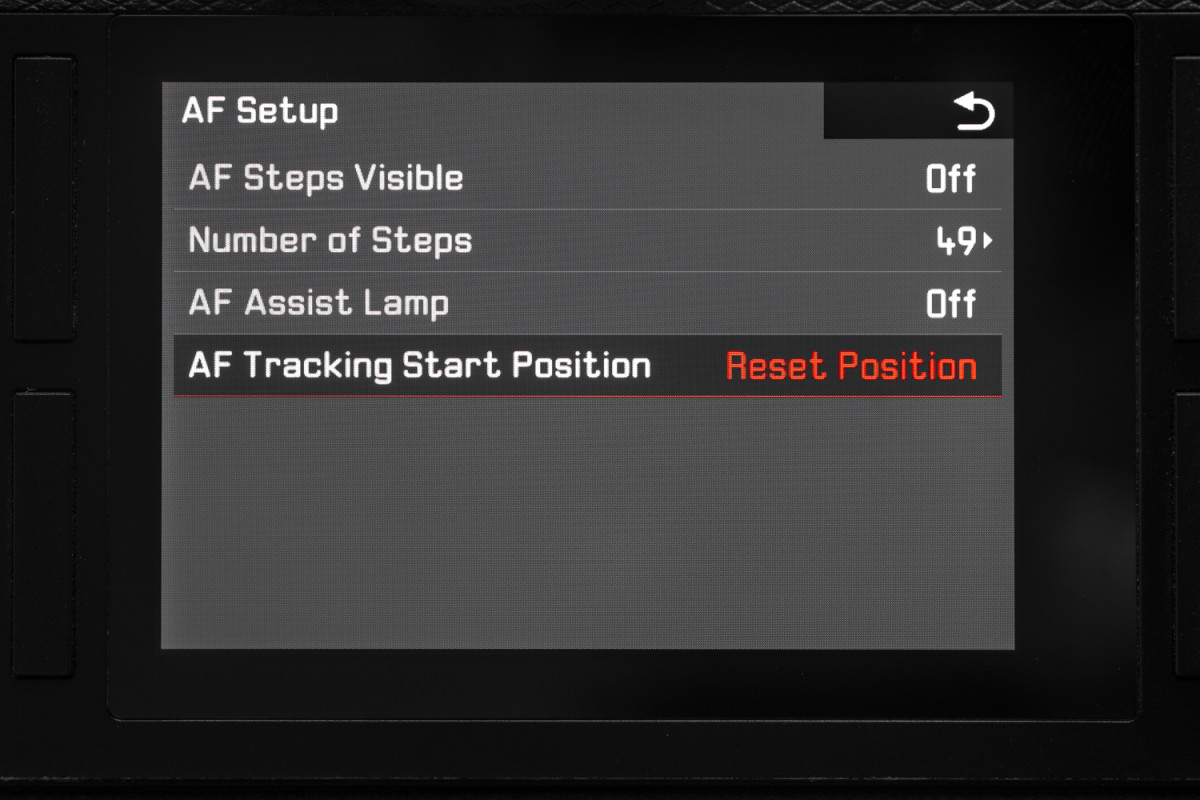 For example, if you are shooting car racing, and using Dynamic Mode to track the car across the frame, once the car is out of frame the focus point will be all the way to one side of your image. Not great if you are trying to focus on another car coming into view! But in firmware 3.0, you can go to AF Setup, switch AF Tracking Start Position from “Continuous” to “Reset Position” and the SL will automatically reset the focus point to its starting position once you release the shutter in dynamic mode.

In firmware update 1.2, Leica gave users the ability to quickly zoom to 100% to check focus, when using manual focus lenses like M or R glass, by pressing the joystick button in once. This was much improved over having to stretch your finger across the back of the camera to press the bottom-left button by the LCD screen. However, this only worked with manual focus lenses. If you wanted to magnify the live view when using an SL lens in MF mode, you still had to press that bottom-left button. Now in firmware 3.0, you can set the joystick button to zoom to 100% in MF mode with SL lenses. 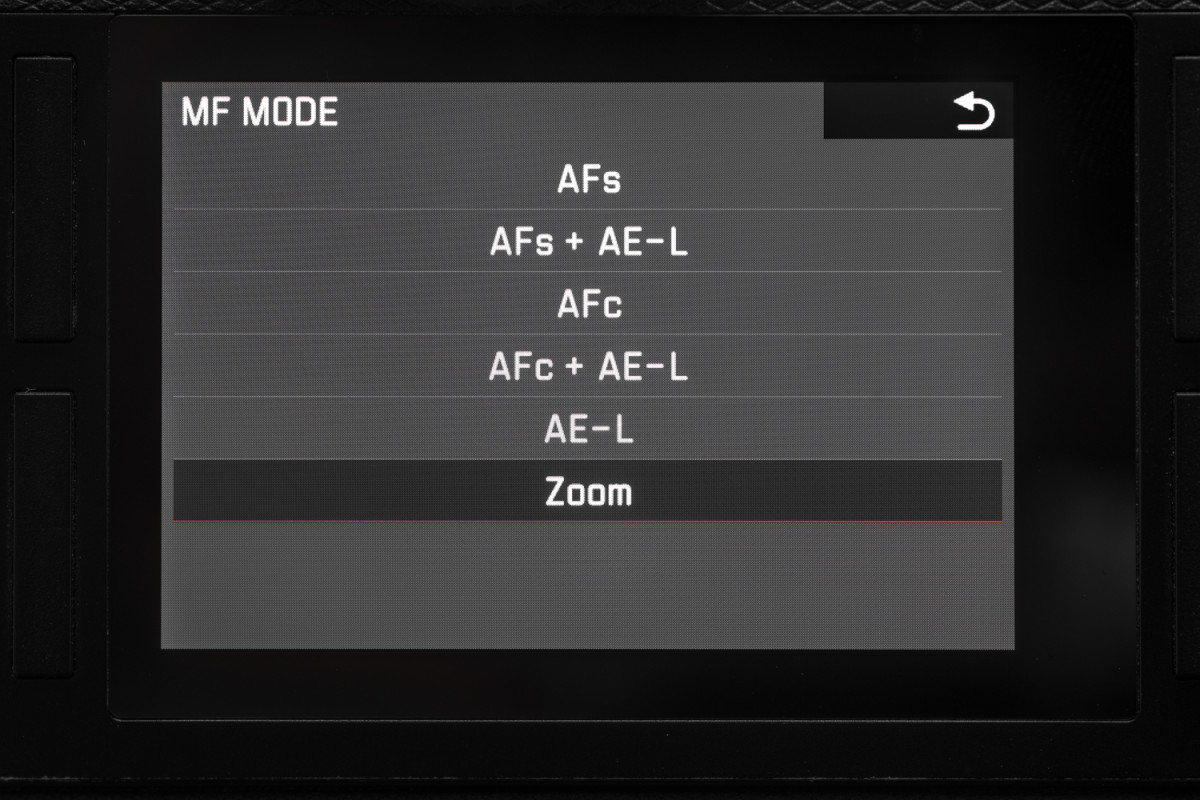 To do this, go into the Customize Control menu, then AE/AF Lock Button, then MF Mode, then select Zoom. When your Focus Mode is set to MF, with an SL lens attached, you will now be able to quickly magnify your live view to 100% to get perfect focus.

Focus Distance in Feet or Meters

You can now change the camera’s focus distance unit of measurement from meters to feet. In the Capture Assistants menu, scroll to Distance Unit to switch between meters and feet. 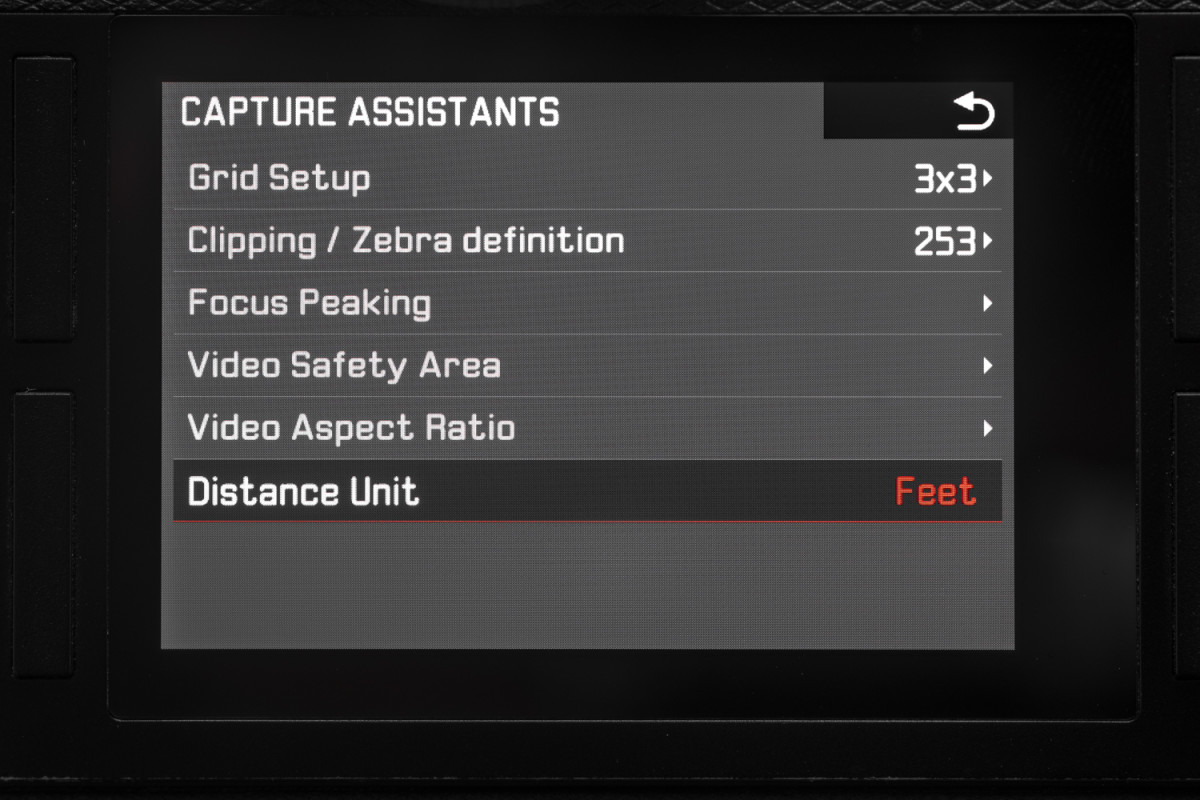 If you do not want the camera to automatically assign a lens profile when you attach a 6-bit coded M lens or a ROM coded R lens, you can now select OFF under Lens Profiles to prevent the camera from applying any profile to the attached lens. 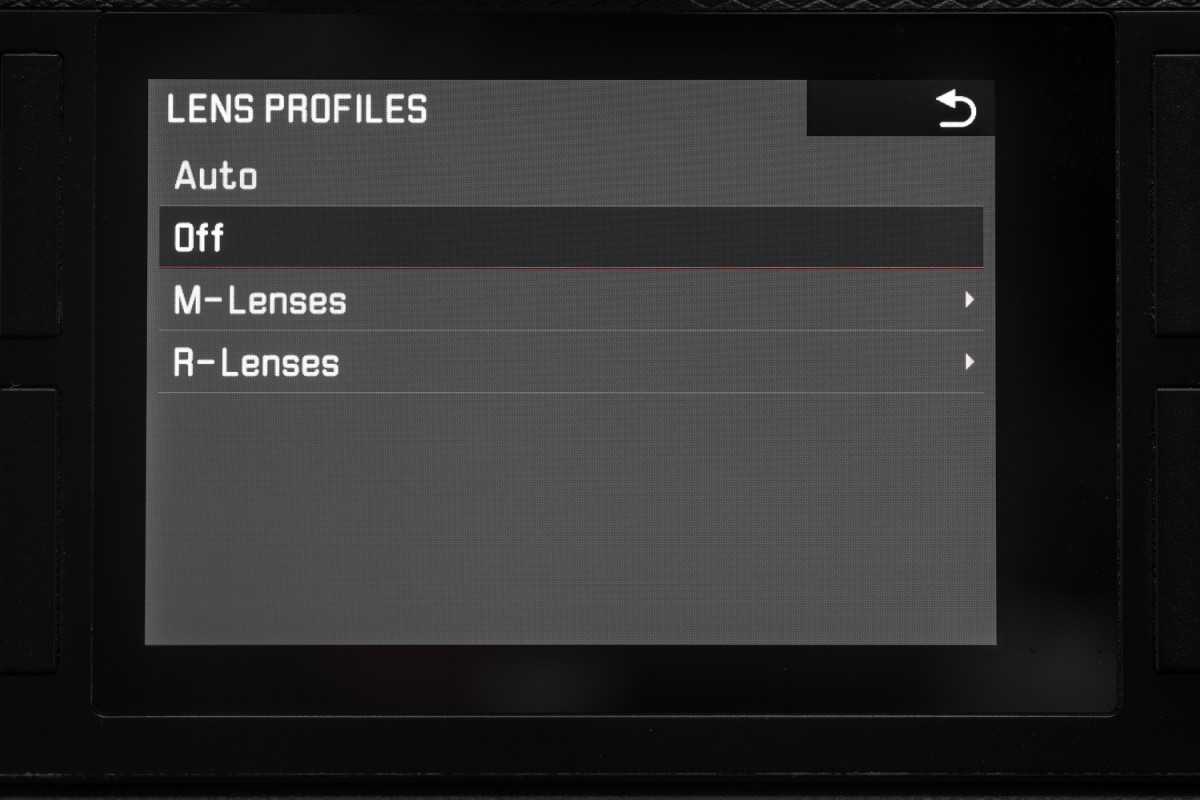 If you are frequently changing the video resolution or framerate, you can now add this function to the SL’s Favorites menu. Simple but appreciated! 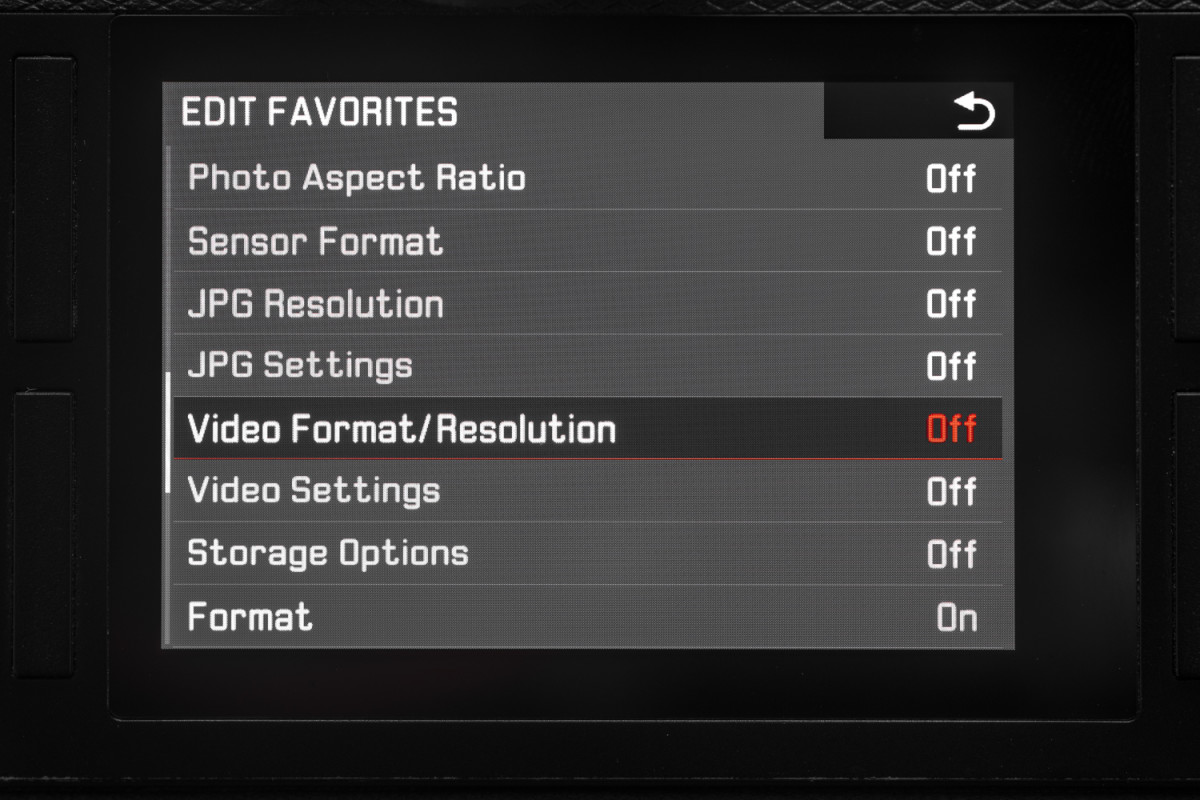 Some parts of the SL’s menu involve typing on an on-screen keyboard, such as naming user profiles or setting a Wi-Fi password. The OK button at the corner of the on-screen keyboard is now touch sensitive, saving you the trouble of navigating to it with the joystick to confirm your text entry. 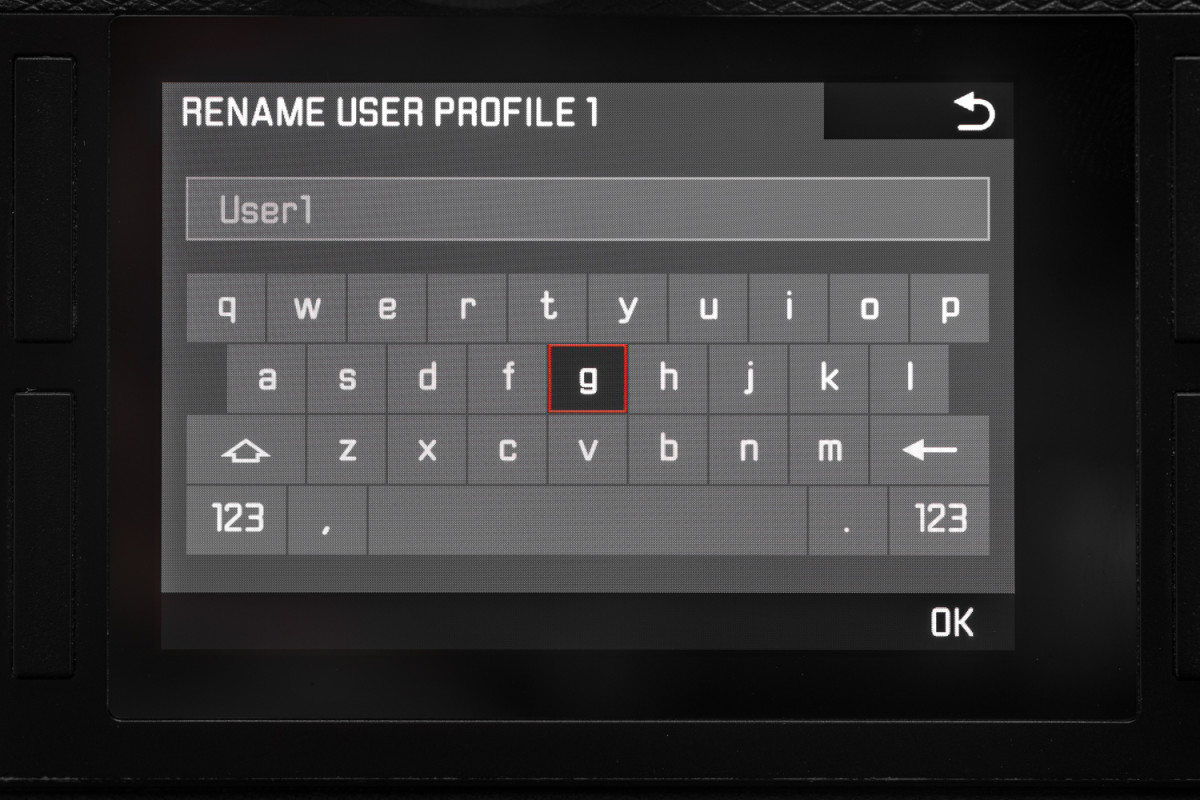 Previously, if you wanted to adjust the audio levels on the SL, you had to dive into the menu to access the setting. With firmware 3.0, you can use the joystick control to quickly adjust audio levels up or down on the display screen that also includes the histogram.

In previous versions of SL firmware, the function Menu Access in EVF, found in the Customize Control menu, was disabled by default. This function, when enabled, allowed you to press the button on the top-left corner of the LCD screen while using the electronic viewfinder to access the menu in the EVF itself. In firmware 3.0, the new default is that this function is enabled. If you find yourself pressing that button with your nose while you are shooting, and unintentionally bringing up the menu in the EVF, be sure to disable this function in the menu. 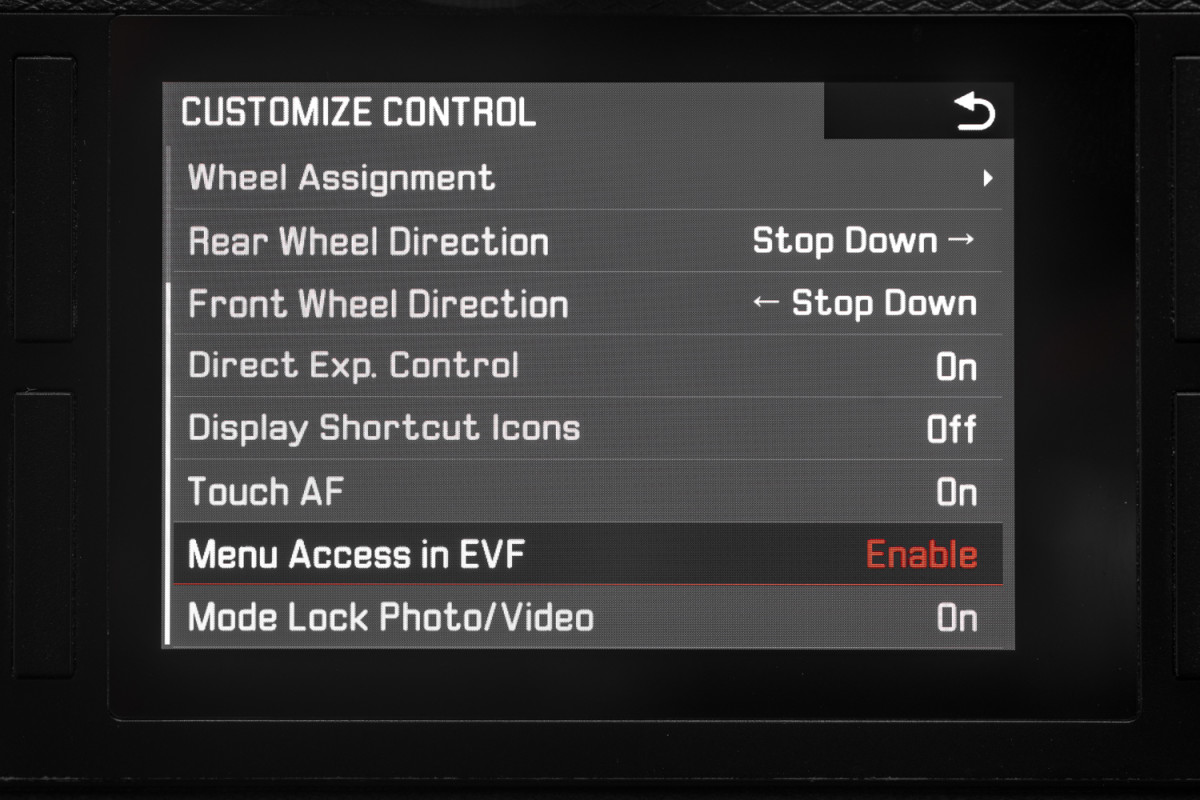 Using Leica M lenses on the SL is actually quite a pleasant experience, thanks to the incredibly sharp EVF and focus peaking/magnification. In previews firmware versions, the SL would give you an aperture readout on the top LCD screen when you had an M lens attached. Of course, there is no electronic connection between the M lens and the camera, so this aperture value was simply a “best guess” based on the current ISO, shutter speed and the camera's light meter reading of the scene. Sometimes it was right, or close, but other times it was way off which really hurts more than it helps. With firmware 3.0, the SL will no longer give any aperture value on the top LCD screen with M or R lenses attached. The aperture ring setting on your lens is what you will want to reference!

With so many new features and functions in firmware 3.0, we will be continuing to test the camera to see how the improvements are in real-world shooting. If you have any questions about the new firmware or the SL-System, please don’t hesitate to give us a call at 305-921-4433 or email us.