Today, Leica has announced the Leica M10-D. Based on the recently introduced M10-P digital rangefinder, the M10-D takes the analog aesthetic to a whole new level. With no rear LCD display, an ultra quiet shutter, and a clever fold-out thumb rest that looks like a manual film advance lever, the camera could easily be mistaken for a film M. Sporting a matte black anodized finish, white classic Leica engraved script on top, no red dot on the front and genuine black leather covering, the M10-D looks subtle and classic. 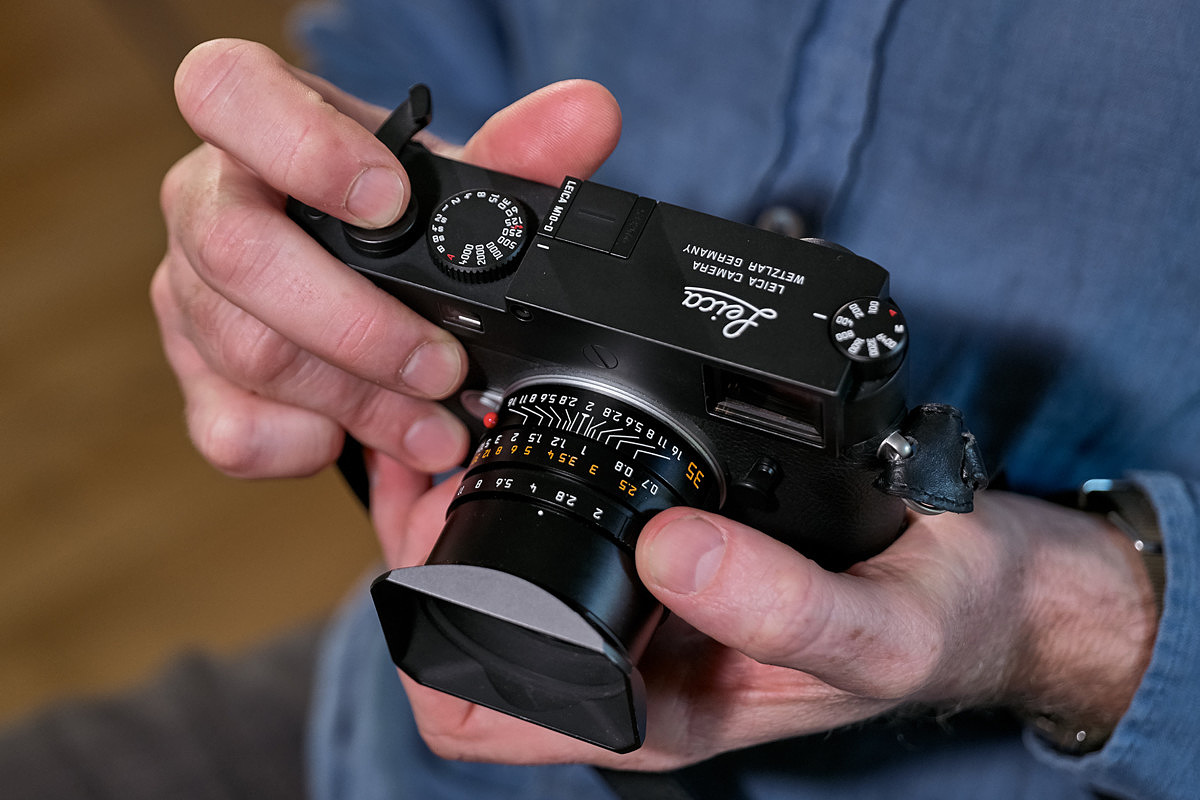 The lack of a rear display on a digital M was first seen in the limited Leica M Edition 60, which commemorated 60 years of M photography in 2014. Due to popular demand, Leica rolled out the purist concept in a regular production model, the M-D (Typ 262), less than two years later. And while the M-D 262 had the right idea, functionality was limited, with no way to adjust settings. Some users also felt that the M240-based body was still too thick to be a pure M. The M10-D addresses all the concerns of the M262 and puts forth the most analog-feeling digital camera ever made. 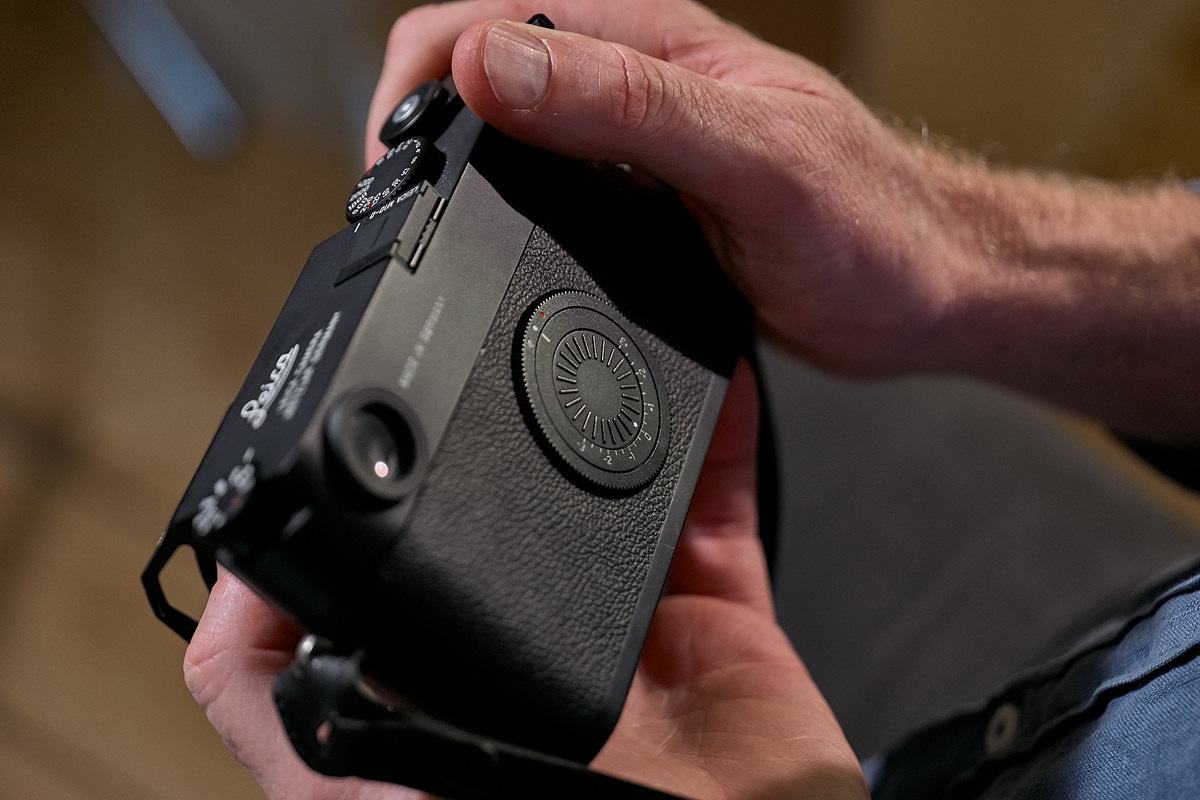 Based on the M10-P, the M10-D gets some notable upgrades over the previous M-D. The body is thinner, with the same overall dimensions as a film M7. A physical ISO dial looks like a classic rewind knob.The shutter is almost too quiet. Under the hood, the exceptional 24 megapixel CMOS sensor and Maestro II processor tackle just about every lighting scenario and offer up to 5 fps shooting speed.

Replacing the rear LCD display, a central dial control provides direct access to exposure compensation and also functions as an On/Off/WiFi switch. On the top of the camera is the ISO dial, shutter speed dial, shutter release and….advance lever? Unfortunately, for all those hoping for a manual advance option, the lever is merely a cleverly-styled, retractable thumb rest. Still, the functionality of a traditional advance lever as a thumb rest will be a welcome addition for many users who might miss the feel of their M film cameras. And it really adds to the overall iconic look of the M10-D. 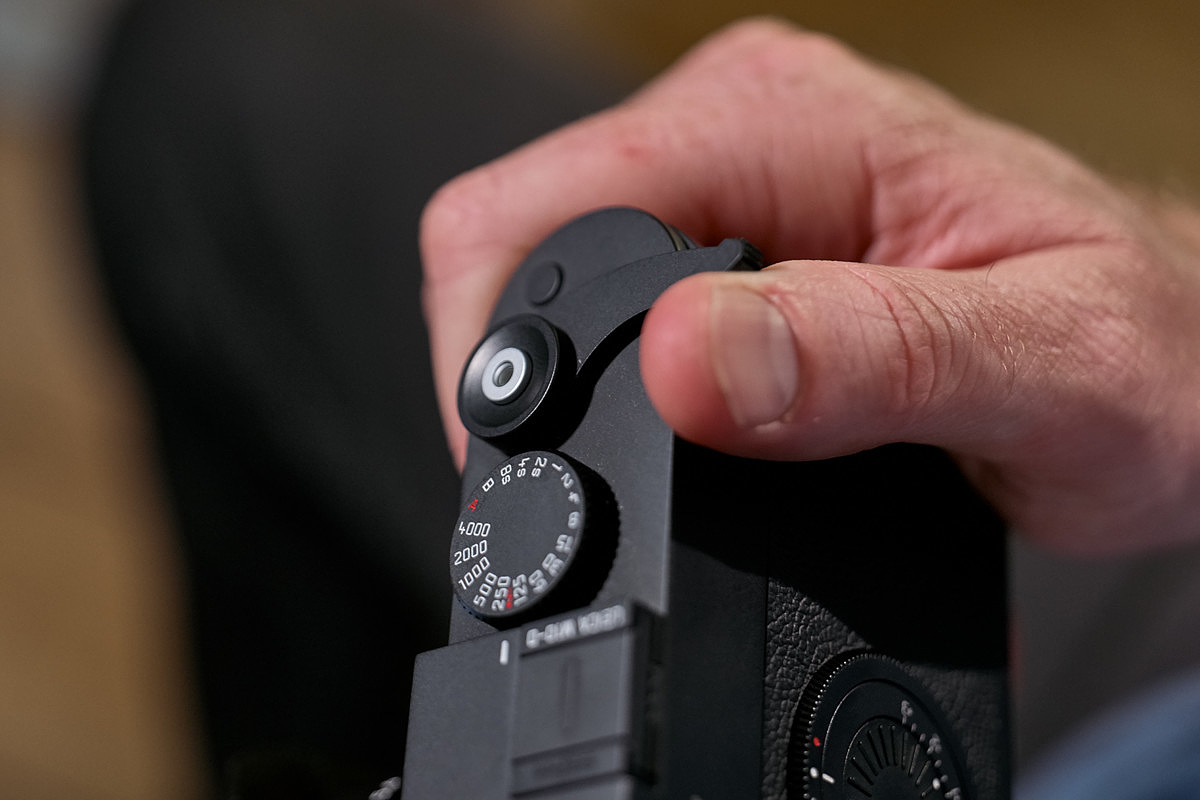 Even though the M10-D does away with the LCD screen, the camera does support the use of the Visoflex 020 EVF for those wanting the analog feel, but the convenience of live view. Best of both worlds. To maintain full LV functionality, the front focus aid button and rear thumb dial remain. But, the EVF's role is limited to image capture with no support for playback or menu operation. There's also a button on the top deck, to the right of the shutter release, which toggles display for battery and shots remaining in the optical finder. 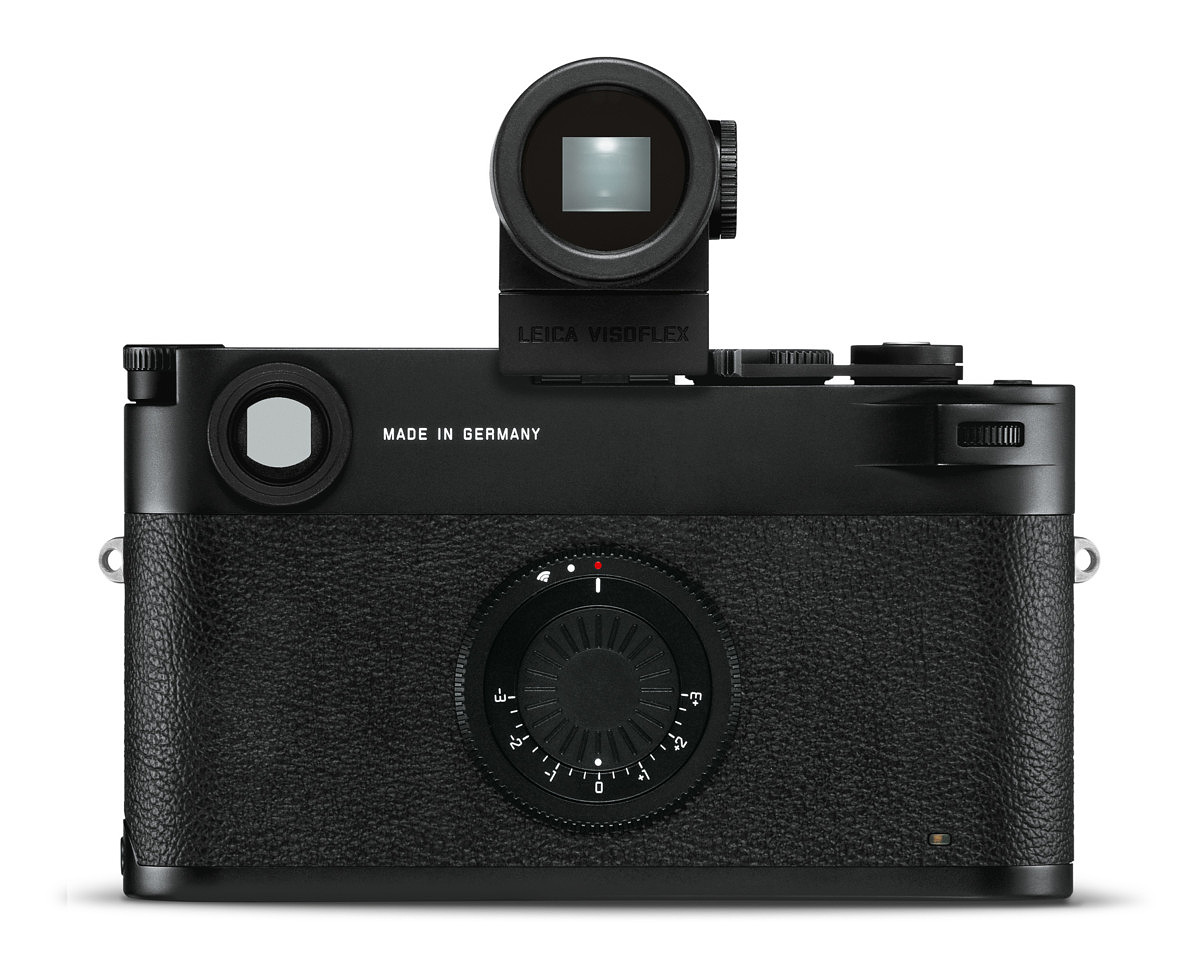 Unlike the previous M-D, the M10-D's menus can be accessed over WiFi using the newly introduced Leica FOTOS app. Additionally, you can review and even download images from the M10-D using the app, which is available for both iOS and Android. 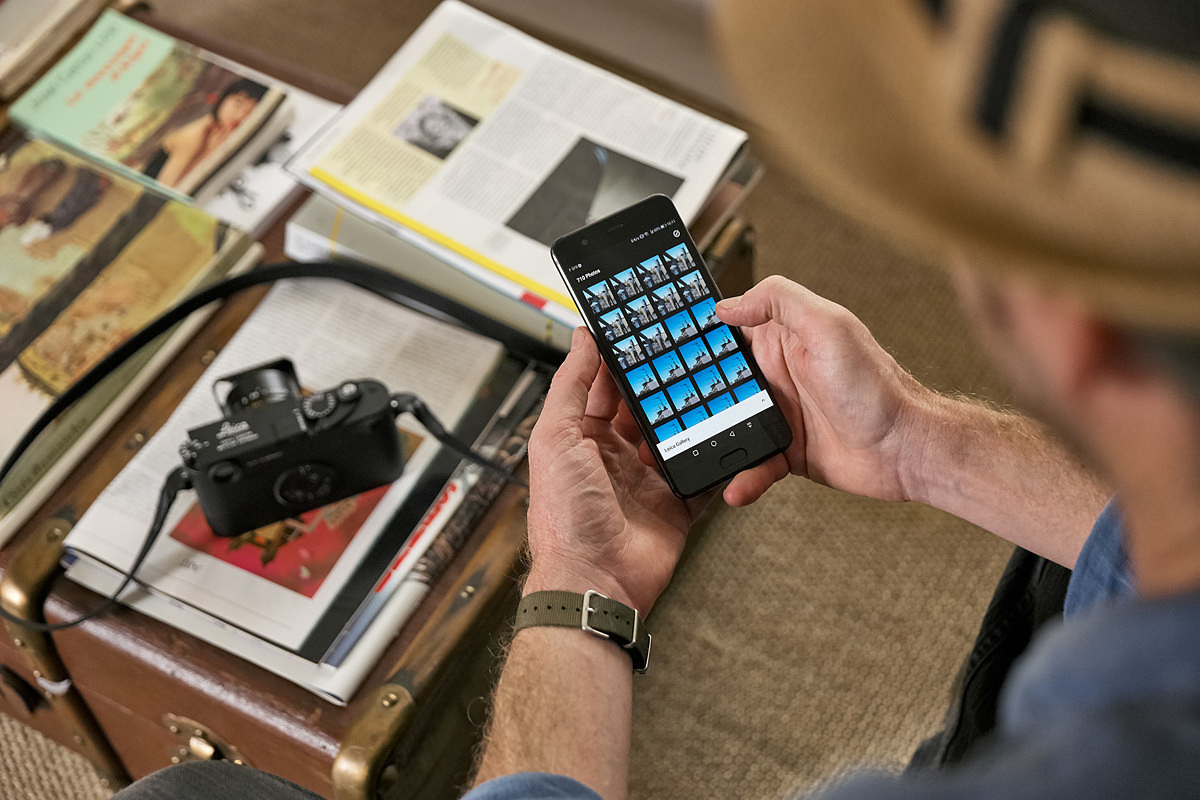 The Leica M10-D is a camera for, shall we say, pragmatic purists. All the aesthetics and feel of an analog Leica M, with the flexibility, discreteness and image quality of an M10-P. 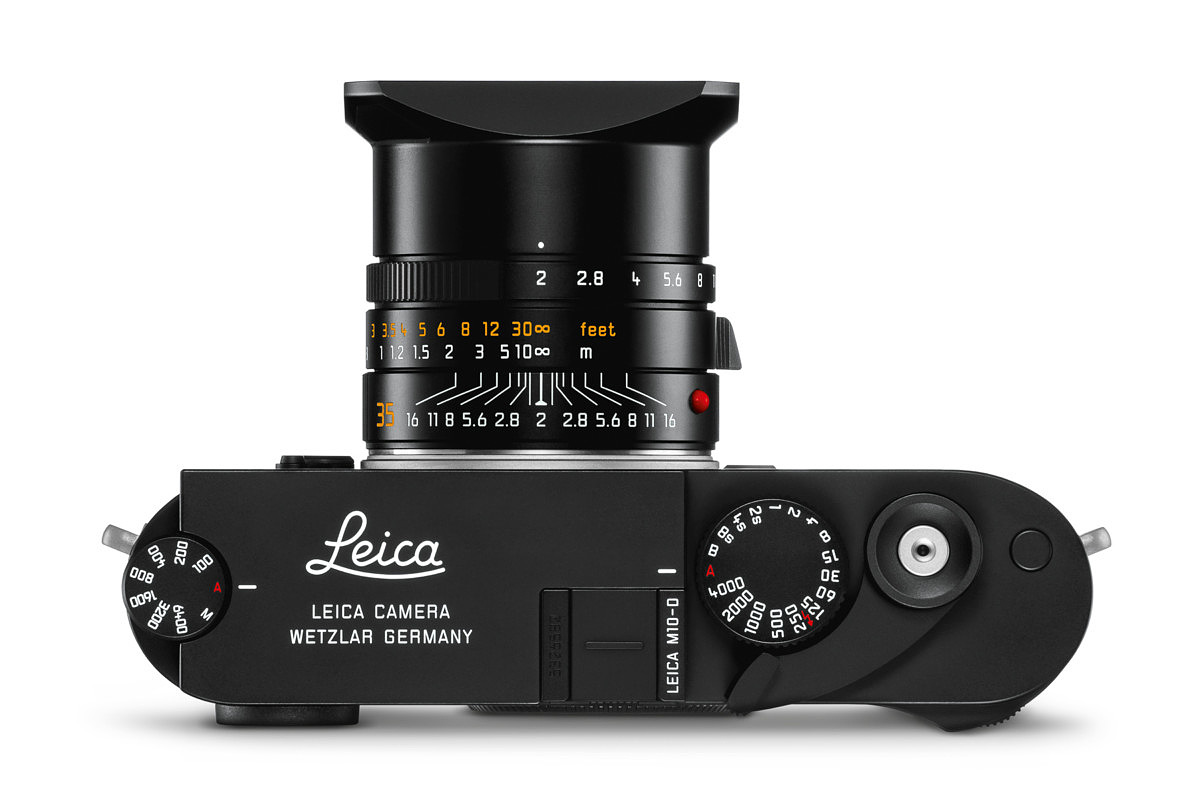 The Leica M10-D is now available for pre-order at Leica Store Miami for $7,995. You can place a pre-order by clicking the link below, emailing info@leicastoremiami.com, or calling 305-921-4433.

Leica Camera is pleased to announce the latest addition to the Leica M family, the Leica M10-D. The new Leica M10-D continues the philosophy that began with the Leica M-D (Typ 262) of using a digital camera with no rear display. The concept is based around the idea of using a camera completely free from distractions, allowing the user to fully focus on their subjects and the core photographic settings at hand.

With no menu or playback on the camera, users can simply focus on the moment and enjoy a classic style rangefinder that operates and looks just like an analog camera. With no “chimping,” the photographer can be focused on the next shot while they anticipate enjoying their photos later, either back at home when downloading the SD card or when connecting to WiFi on the go. 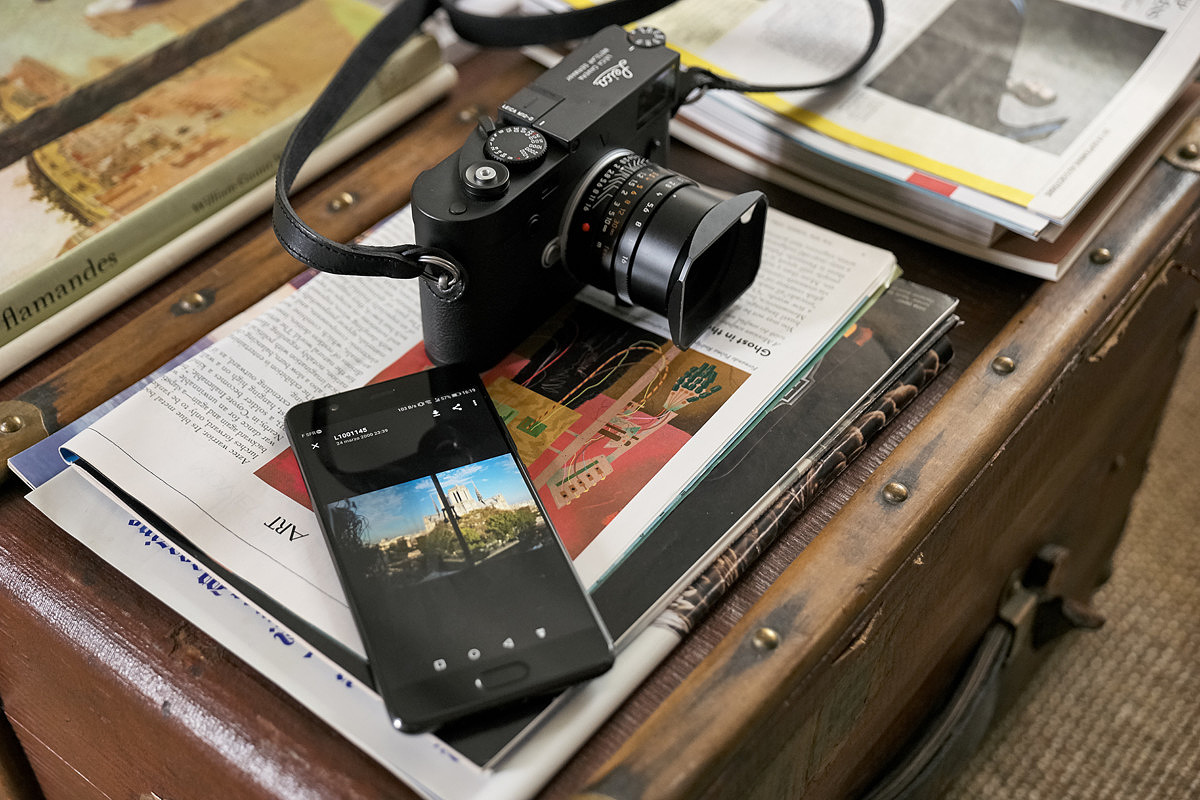 Based on the Leica M10-P, the Leica M10-D has a redesigned On/Off switch with an integrated hard Wi-Fi On setting. The new Leica FOTOS app is a key aspect of the M10-D, allowing for access to the photos on the SD card, while also controlling camera settings such as date/time, JPG/DNG controls, SD card formatting, and more options that are usually needed only once in a while. By combining the analog experience of shooting a digital camera without a display and the mobile connectivity of WiFi, the M10-D becomes the perfect hybrid between analog and connected worlds. The photographer has the freedom to choose how they embrace it and fit it into their life.

The new selector switch for Off / On / On with WiFi is reminiscent of classic ISO dials from Leica analog M cameras, and allows for the addition of a dedicated Exposure Compensation wheel – a first for digital M cameras.

The integrated fold-out thumb rest completes the film camera aesthetic and gives improved handling, especially with heavier lenses. Its function is purely ergonomic. The button to the right of the shutter release allows for checking SD card storage (remaining shots) and battery level in the built-in viewfinder.

The optional Leica Visoflex EVF allows the use of Live View capture for pin-point accurate focusing/ framing and compatibility with super wide-angle lenses. The EVF can only be used for viewing and capture, as the Menu and Play functions cannot be used with it.

The new Leica FOTOS app augments the M10-D much further than any previous Leica camera with no LCD. Now the user can access, download, and share their photos on the go as well as use remote shooting to take pictures via Live View with their smartphone as the viewfinder. Now the first time you see your photos is on the high quality display that is in your pocket, and they are ready to share. 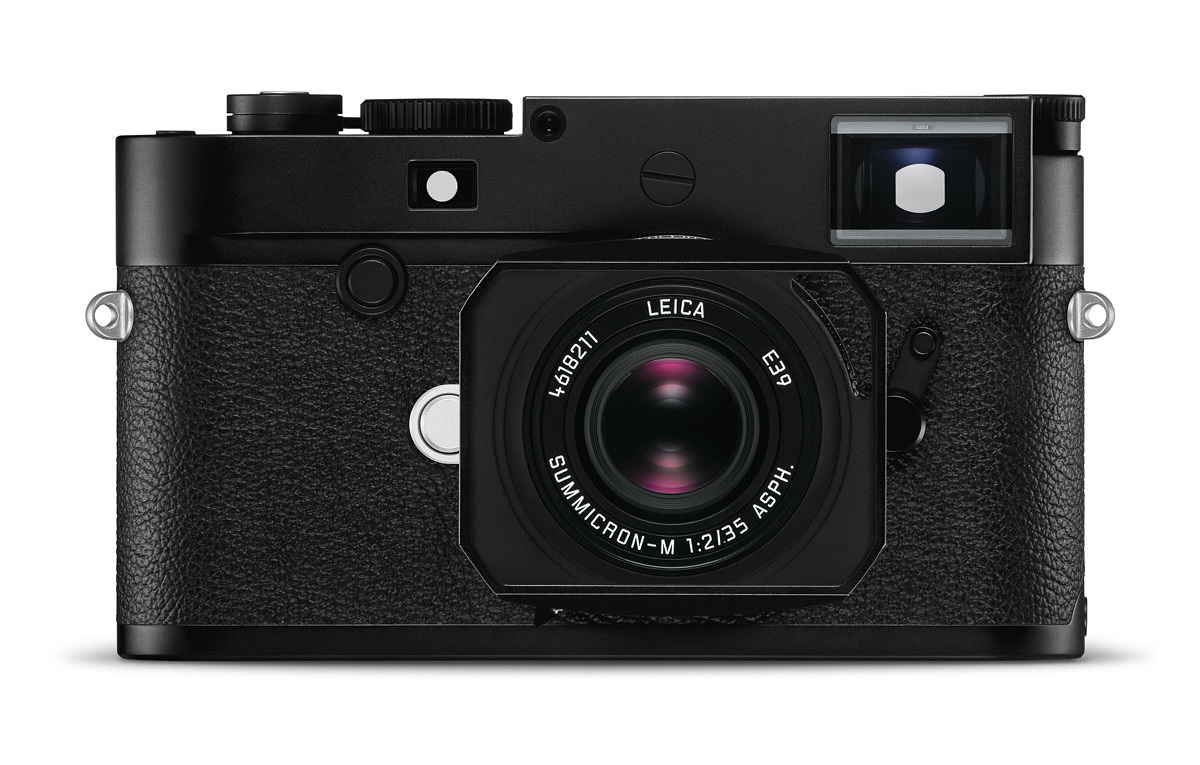